The incredible selling power of Ronaldo

•Both Manchester United and Leeds believe Daniel James’ move to Leeds has worked out perfectly for both clubs and especially the player himself. Donny Van de Beek is one person not delighted to see Cristiano Ronaldo return to Old Trafford because he believes it will push him even further down the line for first-team selection.

Van de Beek has started only four Premier League games and made 32 appearances overall and has failed to make much of an impact since joining United from Ajax in a £35million move. Donny wanted to join Rafa Benitez at Everton last month but Ole Gunner Solskjaer blocked the move saying he wanted to involve the Dutchman in his plans. Donny has not started a game this season and has been an unused sub in all three of United’s PL matches.

His agent Guido Albers said, “Cristiano’s arrival was bad news for us. Paul Pogba plays on the left, with Cristiano’s arrival, it means another extra player in midfield, with Pogba moving away from the left. We had conversations with Solskjaer and the board. We took the initiative to find another club and our search ended up at Everton. We opened talks with Marcel Brans and Farhad Moshiri at Everton and then Solskjaer told us that a move was out of the question and Donny had to report for training as usual. We said that he is not a Carabao Cup player or an FA Cup player or will play in only European games. He went to England to play in the Premier League. Donny worked extremely hard during the summer and took only seven days holiday and he is totally ready to play.”

Tuchel worries about his star Kante 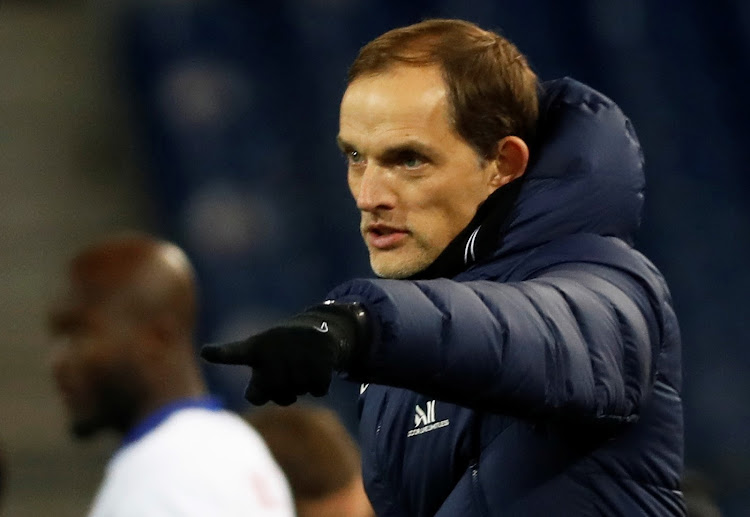 Chelsea signed Saul Miguez on loan until the end of the season to ease their problems with N’Golo Kante. Signing a top striker in Lukaku was Tuchel’s priority but he has been increasingly worried about Kante’s injury problems. Tuchel recognises that he has several options for his midfield including Jorginho, Kovacic, Ross Barkley, and Ruben Loftus-Cheek. However, his star player is Kante. He is top of Tuchel’s list along with Jorginho and it was this duo that enabled Chelsea to win the Champions League. Kante was awarded three “Man of the Match” awards against Real Madrid, Atletico Madrid, and Manchester City. Kante is able to run the midfield and also play important role in defence and it is his ability that has enabled Jorginho to improve his technique. France annoyed Tuchel by taking Kante to play for his national French team and then reported that he has suffered yet another injury before a ball had been kicked. Kante was beset by injuries last year which saw him lose his form completely and hastened Frank Lampard’s sacking after a series of mediocre results.
Tuchel knows he will come under intense pressure from owner Roman Abramovich if he does not produce results again this season. Miguez can give Tuchel more depth in midfield if Kante is again out of action. His experience working under Atletico’s Diego Simeone has taught him to be a tough, no-nonsense player.

The incredible selling power of Ronaldo

I was in Manchester last weekend and the team shop was open. The shop was packed and the queue for United shirts with Ronaldo No7 overflowed out of the shop, down Maine Road, around the club, and the next corner!! I am told that United have already sold £60million of Ranaldo shirts and  Adidas is struggling to keep up with demand! This has smashed shirt sales at any club in the world. Edinson Cavani won praise by giving up his No7 shirt to Cristiano and he will now wear No21 which is his national team shirt. Renaldo could make his debut against Newcastle this weekend and tickets have been selling for £2,500! Early this week Cristiano relaxed in the Manchester sunshine with his family whilst serving out his Covid isolation period and traveled to United’s Carrington training centre on Wednesday to prepare for the season. He trained with teammates and technical director Darren Fletcher during the session, jogging and joining in with some rondo games but then split and did some individual basic pass and move work to get himself fit for the weekend. 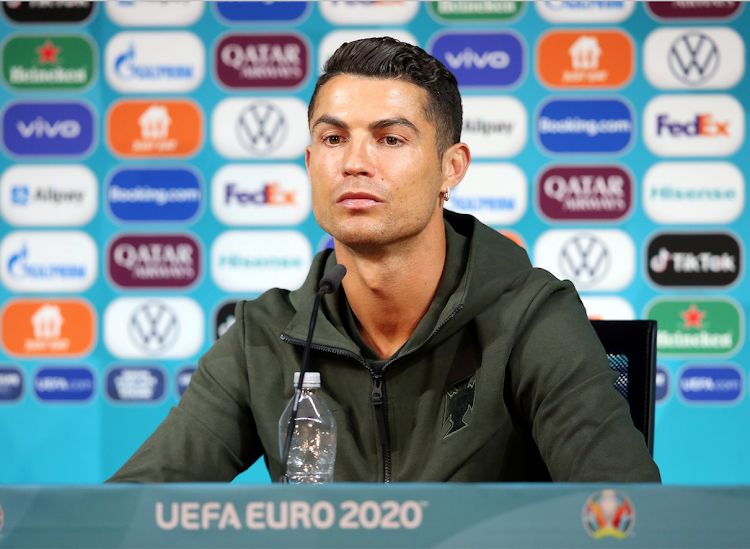 Grealish says he has to do better

Jack Grealish put his hand up and admitted he could have started his Manchester City career in a more successful way.

He admits he is frustrated at not being able to change games in the same way Kevin de Bruyne does. Jack joined for nearly £100million and has played four games so far and scored one goal and made an assist.

He played important roles in both 5-0 wins against Norwich and Arsenal but said afterward, “I have had games at City already where I have come off and thought I could have changed that game. That is why they paid the money for me. That is what Kevin does, he changes games and flips them on their head.”

He also believes it will take a further three years to reach his peak and he looked thoughtful as he said, “Again, look at Kevin de Bruyne…he is 30 and he has just signed a new deal at City and he is probably at the height of his career now. He is playing the best he has ever played at the moment. I have so much more to learn.”

Both Manchester United and Leeds believe Daniel James’ move to Leeds has worked out perfectly for both clubs and especially the player himself. United were persuaded to sell James after signing Sancho and Renaldo. They signed him from Swansea two seasons ago.

James will fit in with the way manager Marcelo Bielsa likes to play football with pace and energy. Leeds wanted James two seasons ago when he signed for United and

Bielsa admires his counter-attacking style, flying down the wing he believes Daniel will add to the Leeds’ goal threat and thrill the fans.

Ibrahima Konate has definitely arrived from RB Leipzig after Liverpool invested £38million in the talented French centre-back. Sadio Mane is one player who is very impressed by Konate’s training sessions and I have been told he is likely to feature with the Reds who play seven games in 22 days. According to Mane, Konate has blended

into the team well and shown none of the usual settling down issues often suffered by imports from Europe. Mane said this week, “He is a very nice lad and from the first day he was with us, I was really surprised because it was like he has been here for years. With myself that was not the case because I am a bit shy, but he just came in and settled straight away which is really important. You could see in pre-season that he was doing well from the start and we are really, really happy to have him. I feel this year he will have a great season for Liverpool.” Manager Jurgen Klopp made Konate his top priority after those long-term injuries to Virgil Van Dijk, Joel Matip, and Joe Gomez.

Everton still have a right-back problem

There is a definite worry at Everton despite the healthy arrival of new players during the transfer period. Everton have not spent a lot of money but a mere £1.7million has given them Demarai Gray and a selection of frees including Andros Townsend, Asmir Begovich, Andy Lonergan with Salomon Rondon joining in the final transfer hours last week. Rondon will play as cover for Dominic Calvert-Lewin however Everton still have a right-back problem.

Captain Seamus Colman has served his club wonderfully over the years but he is 33 years of age and playing two matches a week for long periods will put a lot of pressure on him. The Toffees failed to sign a replacement in the transfer window and therefore if Coleman is injured Rafa Benitez has to consider switching Mason Holgate or Ben Godfrey to right-back and veteran Fabian Delph to left-back. Arsenal’s Ainsley Maitland-Niles wanted to join and would have eased the situation but the Gunner’s refused to release him.

Despite reports that might have reached you, Mo Salah is not asking for £500k a week before he signs a new contract. After Mo scored last week his agent said in a thinly veiled

Rashford has to perform to be included 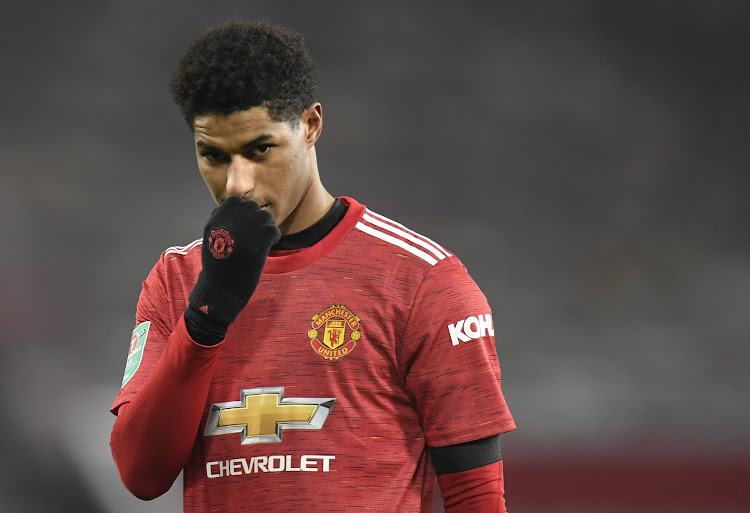 One player under certain stress this season is Marcus Rashford. For three years, he was one of the first names written down on the weekly team sheet but now things have changed. Marcus has endured a quiet time with his shoulder injury which is hopefully behind him after surgery. However, during his convalescence, United have assembled a stunning world-beating-forward line-up including Cristiano Renaldo, Edinson Cavani, Jadon Sancho, and with Bruno Fernandes, Paul Pogba, and Mason Greenwood starting the season in the electrifying form, it is hard to see Rashford getting the game time he is used to. One big point in his favour is Ole Gunner Solskjaer’s intended lineup. I have learned from Old Trafford that he is working on playing Ronaldo at center-forward and Cavani next to him. Sancho will be out on the right-wing which gives Marcus a chance to claim the left-wing spot which he prefers. However, if Marcus isn’t on top form, the manager has world-class options and it could be a very testing time for him.

No glasses and new teeth for Jurgen

You might have wondered why Liverpool manager Jurgen Klopp has not been wearing his trademark glasses recently. Jurgen had medical treatment during the summer break but says he will sometimes wear his favourite specs. He joked that he also had crowns fitted on his teeth after being so impressed with Roberto Firmino’s excellent smile flashing a mirror of white. He joked, “Roberto has world-class teeth!”