The Austrian trip will also give Klopp a chance to assess his new signing, Ibrahima Konate.

• Klopp calls this ‘his time’ with the players and chose Austria because it gives him a chance to stay out of the limelight which usually accompanies pre-season tours to places such as the USA.

• Newly installed Crystal Palace manager Patrick Viera has contacted his old friends at Arsenal to see if they are willing to release a couple of players. 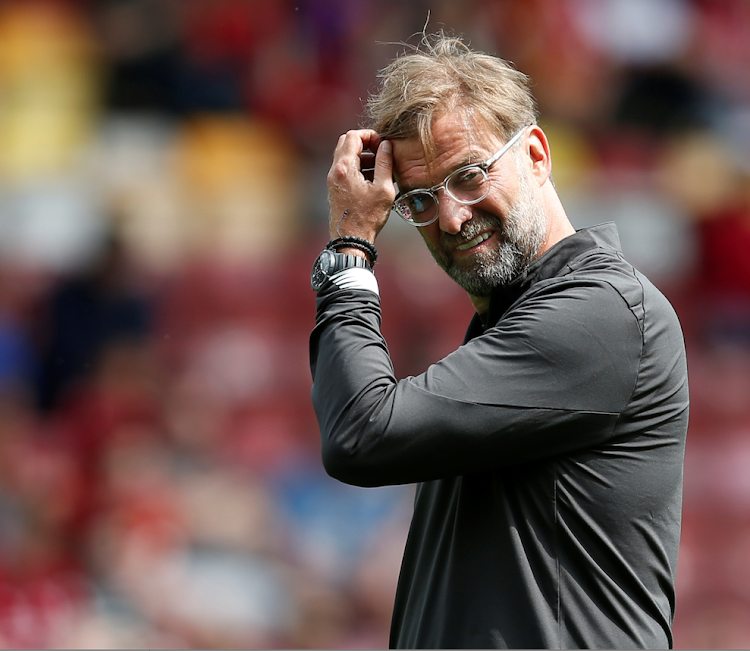 Liverpool decided to dispense with local pre-season warm up games this year and while the rest of us watched England and Italy fight for glory at the Euro 2020 final, Jurgen Klopp and his players were on a plane heading for Austria.

Klopp calls this ‘his time’ with the players and chose Austria because it gives him a chance to stay out of the limelight which usually accompanies pre-season tours to places such as the USA.

On July 20, the team will play two 30 minute sessions with Wacker Innsbruck and Stuttgart and then Mainz and Hertha Berlin on July 23 and 29 respectively.

This creates the perfect opportunity for Virgil Van Dijk to return from a long-term knee injury after he decided not to play for Holland at the Euros. He did not want to waste his intense rehabilitation at the respected Dubai NAS Complex.

The Austrian trip will also give Klopp a chance to assess his new signing, Ibrahima Konate. Liverpool tell me that he will wear Gini Wijnaldum’s No.5 shirt. My contacts at the club also say that Klopp believes Konate’s comfort on the ball will blend perfectly into the team.

Viera turns to Arsenal for help

Newly installed Crystal Palace manager Patrick Viera has contacted his old friends at Arsenal to see if they are willing to release a couple of players.

Palace, who are my tip for relegation next year, released 22 players at the end of the season and their squad is very thin. I have been told that the two players Viera wants are Reiss Nelson and Eddie Nketiah.

Joe Willock’s future at Arsenal is very unclear and whereas Newcastle would like to sign him, Palace is a better fit for Joe. All three players have run out of contract and it is possible they could all sign a new one and be loaned out which would suit Palace.

Chelsea owner Roman Abramovich is determined that Chelsea is in the auction race to sign Borussia Dortmund striker Erling Haaland. Despite the German club still saying he will not leave this summer, Abramovich has released £150million of funding to enable the Blues to be first in the queue to secure Erling’s signature.

With Giroud leaving­­ for Inter Milan, Chelsea need a strong front man and Erling’s 57 goals in 59 games means he is top of any club’s wish list. It is now down to the Chelsea management to fight to sign him as Manchester United are also working hard behind the scenes.

Arsenal defender Hector Bellerin is on the verge of joining Antonio Conte’s Inter Milan. Despite having two years left on his contract the Spaniard will be allowed to leave if Inter accept the Gunner’s valuation.

Inter are not rich in cash and would prefer a loan deal with an arrangement to buy at the end of next season. Arsenal themselves are still searching for new defenders having received “no deal” from Brighton for Ben White after putting £40million on the table.

ON Wednesday, he Gunners told me they are revising their bid and are still determined to land White.

Daka took over from Erling Haaland last year when he left for Borussia Dortmund in January. Salzberg set up its team so the midfielders were constantly feeding Daka and he could make runs behind the centre halves which is one of his specialities.

Rogers is intending to improve Daka’s first touches which can be rather poor. He is however a willing pupil and is expected to provide competition for both Jamie Vardy and Kelechi Iheanacho.

Following the abuse suffered by Bukayo Saka his Arsenal teammates immediately came to his rescue and gave him total support. The Arsenal players are a very close group and Bukayo is one of the most popular at the club.

Director Josh Kroenke and Chief Executive Vinai Venkatesham both made contact with supportive messages. Other players and staff who contacted him were academy boss Per Mertesacker, Pierre-Emerick Aubameyang and Alexandre Lacazette who were quick to send messages.

As a demonstration of the genuine affection for the 19-year-old, Aubameyang gave him the knickname “Little Chilli” and gifted him a jewel encrusted chilli engraved with his name.

Jesse Lingard has returned to Carrington Road training ground to begin his pre-season work with Manchester United. After his excellent loan spell at West Ham he has forced Ole Gunner Solskjaer to focus his attention on bringing Jesse back into the United squad after rejecting him for much of the beginning of last season.

The Hammers want to sign the winger on a permanent deal after he scored nine goals in 16 appearances. Jesse was part of the England Euro squad in the early days but was not selected for the finals.

He earned a holiday in Greece on the island of Mykonos and training in a local gymnasium before returning to the UK on Monday. He tested negative for Covid and did not have to quarantine .

He watched the England Euro final on TV and is now due to sit down with Solskjaer to discuss his future for the coming season.

Three who impressed for England

Three players who covered themselves in glory during the Euros have seen their values soar.

I rang ten fellow football journalists and asked who they would select as England’s player of the tournament. Eight picked Raheem Sterling. As I reported to you recently, Raheem was upset at his lack of playing time last season at Manchester City when he started from the bench several times.

He is due to meet with Pep Guardiola on his return and now seems to hold a very impressive hand of cards. Luke Shaw is another who has impressed and once again he has proven United’s ex-manager Jose Mourinho completely wrong to have treated Luke so harshly during his tenure at the club. Luke was voted the Player’s Player of the Year by United last season.

Finally, Declan Rice has dominated in midfield and his standing is at an all time high. With Manchester United very interested in signing him, West Ham will be looking at a big price if they fail to hold on to him.

Chelsea striker Olivier Giroud’s representatives have held talks with AC Milan and now Chelsea have joined the discussions. Olivier, voted “pin-up” player of the Euros has 12 months left on his contract but his playing time at Chelsea has been limited.

He is due to fly to Milan any day now after a fee of £1.6million has been offered by the Italian club. Milan are also interested in talking to Chelsea about Tiemoue Bakayoko.

It is no secret that Marcus Rashford’s mum is the most important person in his life. After England cruelly lost the penalty shoot-out and Marcus failed to score from the spot, she was one of the first to console her son. In a glowing tribute to Marcus, she described part of his journey to footballing ­superstardom.

She said: “If there was a football at Marcus’ feet, there was always a smile on his face. A smile that can light up any room. When we had very little and times were tough at home, he found comfort in that ball. It is one of the most consistent things he’s ever had in his life."

"His escape. When he practiced, we lost tiles on the roof, vases went flying and school shoes got scuffed! All part of what has been the most fulfilling journey. I can’t think of a better feeling than seeing your child’s dream come true. Pulling on that England shirt means endless pride to Marcus.”

The Moise Kean situation at Everton is hotting up. Kean spent a successful loan period at Paris St Germain last season and I was told they are very interested in signing him permanently.

However, when I contacted the French club they refused to comment and Everton claim they are not in talks with any clubs regarding a deal for Moise. However, my French insider contacts insist that PSG do want him and are playing games with Everton.

Newly appointed Toffees manager Rafa Benitez says he is not discussing selling Kean, who has another three years on his contract. Rafa cannot afford to lose a top striker and any sale would immediately result in having to buy a replacement. At the moment the 21-year-old looks to be playing for Everton next season.