Ghost took to his social media platforms to assure his fans all was well after he underwent a procedure whose details remain scanty.

•According to sources, the 52-year-old tactician allegedly traveled to India three weeks ago to seek medical attention.

•He had been involved in a minor car accident 2020 along Waiyaki Way sometime back in October but there is nothing significant yet to link his hospitalisation with the incident. 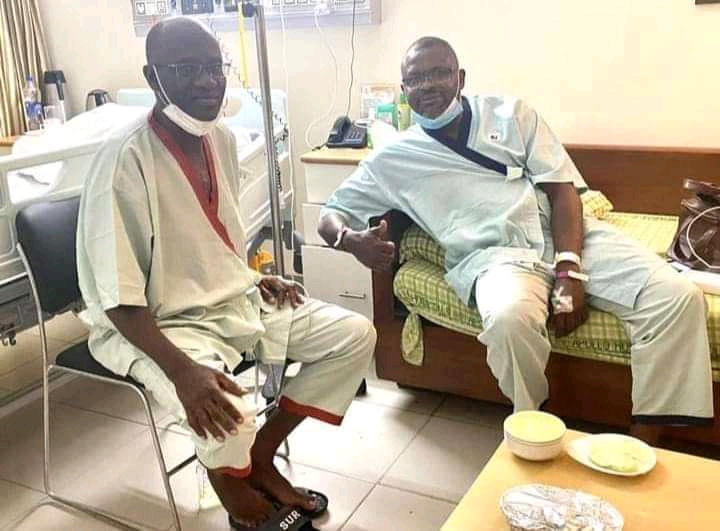 Harambee Stars head coach Jacob Ghost Mulee has caused a stir after posting a photo that captured him recuperating in the hospital.

Ghost took to his social media platforms to assure his fans all was well with him after he underwent a procedure whose details still remain scanty.

According to sources, the 52-year-old tactician reportedly was flown to India three weeks ago for an organ transplant.

Last October, he was involved in a nasty car crash along Brookside Drive on Waiyaki Way but there is nothing much yet to link his hospitalization with the incident.

He first struggled to impress his bosses after registering consecutive unimpressive results against the Comoros Islands in the African Cup of Nations qualifiers where they drew 1-1 in Nairobi before falling 2-1 in Moroni.

He would later redeem himself following a one-all draw against the much-fancied Pharaohs of Egypt and later, a convincing 2-1 win over Togo in Lome.