•The unit has been accused of murder,rape,kidnapping, un-lawful arrests, mounting illegal road blocks and  extortion among other vices. 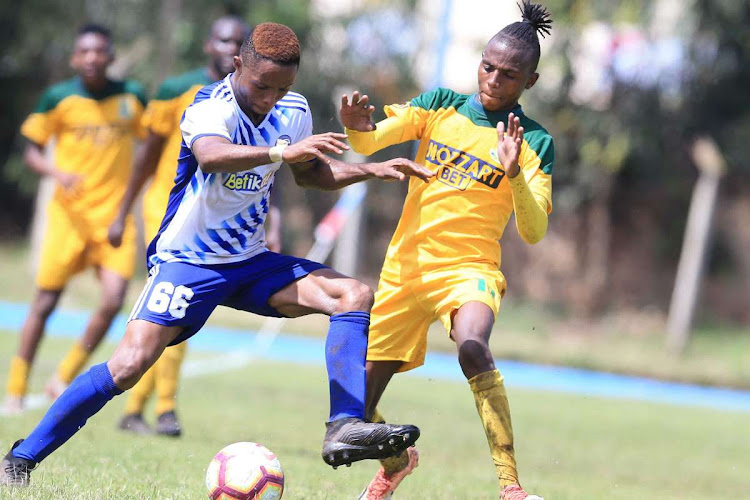 Sebastine Ikekhai shields the ball from Mathare's James Kinyanjui in a past league match
Image: COURTESY

The Nigerian trio of Promise Chinonso,Michael Karamor and Sebastine Ikekhai who ply their trade with 2009 league champions Sofapaka have called for an end of police brutality back in their country.

Nigeria's major cities have been rocked by massive protests in the recent weeks, thanks to civilians who are pilling pressure on the government to disband the controversial police unit, Special Anti-Robbery Squad (SARS).

The unit has been accused of murder,rape,kidnapping, unlawful arrests, mounting illegal road blocks and  extortion among other vices.

Players who have added the voices against police brutality in the West African country include Manchester United forward Marcus Rashford,Chelsea duo of Tammy Abraham and Antonio Rudiger,Arsenal's Mesut Ozil among others

The Sofapaka players are equally demanding for the end of the police brutality on the protestors and an abolishment of the dreaded police unit.

Karamor echoed Chinonso's sentiments,  noting that innocent lives were lost during the protests and it was time the authorities worked overtime to restore calm. Karamor joined Sofapaka last month from Lagos Atletico FC.