AFCON: Is the people's game open to everyone in Egypt?

• Karam Kordy, a member of the Egyptian Football Federation, denied any discrimination in Egyptian football.

• Although a handful of Copts play for Egyptian clubs, mostly smaller ones, there are no Coptic players in the national team. 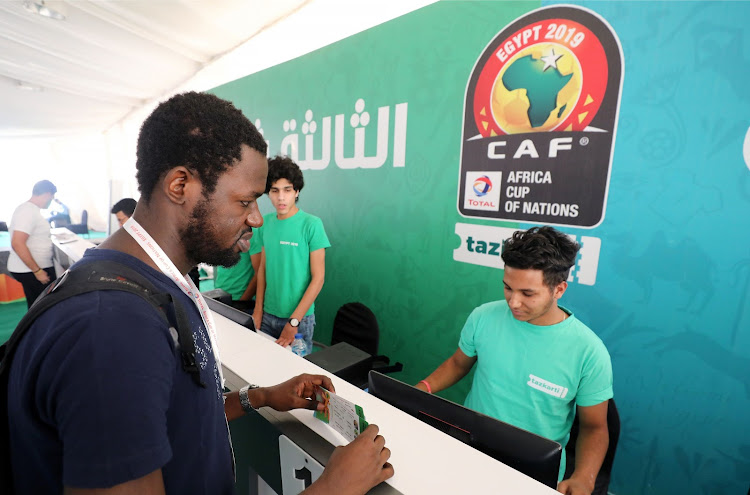 An fan takes his tickets in anticipation for the upcoming African Cup of Nations in Cairo, Egypt June 12, 2019. Picture taken June 12, 2019.
Image: REUTERS

Mina Bindari wanted to play top-level football like the famous players he watched on TV, but he says discrimination has blocked his path and that of other Christians in Egypt which is overwhelmingly Muslim.

Coptic Christians make up an estimated 10% of Egypt's population, but they point to a lack of Coptic players in the national side -- the home team in the Africa Cup of Nations starting on Friday -- as evidence of prejudice.

"I didn't know why I grew up only playing at church," the 23-year-old Bindari said. "Why can't I be like the people I see on television, or my friends from school who play for this club or that?"

"It turns out this has been a problem in Egypt for over 50 years, that Christians go to clubs and get rejected … by some coaches."

Karam Kordy, a member of the Egyptian Football Federation, denied any discrimination in Egyptian football.

"We never ask whether you are Muslim or Christian, or what your religion is," he said. "This kind of stuff doesn't exist. All the time, we have had Christian players surface and excel and play in the Egyptian national team. And we were all cheering for them."

Kordy cited Hany Ramzy, the assistant coach of Egypt's national team, who is Coptic, to show that Christians can advance in the sport.

A former defender who made 124 appearances for Egypt, Ramzy played for foreign clubs including Germany's Werder Bremen and Kaiserslautern.

Although there are no official statistics on religious affiliation in sporting professions or other sectors, many see Ramzy's success story in football as an exception.

Although a handful of Copts play for Egyptian clubs, mostly smaller ones, there are no Coptic players in the national team.

Only one other Copt, Ashraf Youssef, has played for Egypt - and he appeared in only a handful of matches in the 1990s.

Copts have long complained of discrimination, including in the job market, before the law and in receiving licenses for churches. Christians have also been frequent targets of deadly militant attacks, many claimed by Islamic State.

President Abdel Fattah al-Sisi has said the state accords Christians the same rights of worship and protection as other Egyptians.

Bindari established Je Suis, a football academy that has opened its doors to Copts, to provide them with a path to advance in the sport.

Kordy dismissed the project as unnecessary and said it risked deepening divisions, but players at the academy tell stories of discrimination.

Philopater Khairy, a 15-year-old Je Suis member, said he chose the academy "due to the issue of racism in other big clubs".

"If someone goes for trials in a big club and gets rejected, his dream is totally lost. The idea of the academy is really nice," Khairy said.

"There is one club, without mentioning names, that used to call me Messi on the field," said 18-year-old Mina Ayman, who plays at Je Suis.

When the club realised his real name was Mina, a common Coptic name, he was asked to leave and never called back.

This year's hosts Egypt have won the most titles since competition started in 1957.
Sports
2 years ago

The 74,100-capacity Cairo International Stadium will host the final and the opening match.
Sports
2 years ago
by REUTERS Reuters
Football
21 June 2019 - 08:45