Kuria reiterated the urgent need to resuscitate the sport from its deathbed after it once basked in the glory of the international limelight, especially in 1988 when the country bagged a gold medal through the late modest Napunyi Wangila at the Seoul Olympics.

•The national team coaches, he said, will assemble a provisional squad that will then be thinned out ahead of the global shows scheduled for the new year. 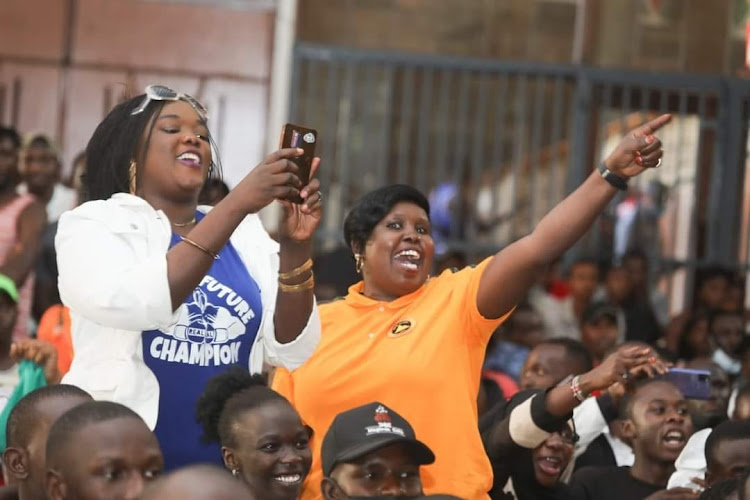 Boxing Federation of Kenya has termed the inaugural four-day  President Jamal Boxing Championships at the Charter Hall in Nairobi over the weekend 'a huge success'.

“The tournament was a big success. We had a very big turnout of boxers and fans. People have been thirsting for boxing for the last two years after activities were halted due to the coronavirus pandemic,” said Kuria.

“The last time we had an event was in November 2019 in Kisumu. We had a record number of boxers turning out —  146 ( 122 male and 24 ) females.  We struggled to contain the program within a limited time of four days."

Kuria extolled budding boxers who battled at the event for exhibiting great character in the face of stiff opposition posed by the more seasoned members of the Hit Squad.

“The boxers who were training at the grassroots did quite well. They came and proved their mettle on the national stage and gave the more established boxers good competition,” said Kuria.

“We wanted to give the boxers a platform to gauge where they are. They will now have a platform to start from ahead of the second edition which will be held in Kisumu in three weeks... December 8 and 11,” he added.

The national team coaches are expected to assemble a provisional squad that will then be thinned out ahead of the global shows scheduled for next year.

“We shall thereafter name a national team that will represent the country at the Africa Championships tentatively set for January and the AIBA World Women Championships planned for March in Turkey,” he said.

Kuria reiterated the urgent need to resuscitate the sport that once basked in the glory of the international limelight, especially in 1988 when the country bagged a gold medal through the late modest Napunyi Wangila at the Seoul Olympics.

“We are the only sport that has won medals at the Olympics other than athletics. Unfortunately, at some point, the level of boxing went down and we are trying to bring it up through Dondi Mashinani program, but it is going to take some time,” said Kuria.

Kuria said the blossoming number of boxers in the country is a clear testimony of the growing interest.

“We are impressed by the number of boxers who have emerged from the counties," said Kuria.

“Most of the teams that attended the tournament were facilitated by the BFK president. You see, there is a limit to how many people he could have facilitated. Of course, with more sponsorship, we expect a bigger event and bigger participation.”