Division One's Most Valuable Player is convinced that other than champions KPA and Equity Bank, they can match up to the rest of the teams in the top-tier league

•The newcomers have bolstered their playing ranks with the likes of Fridah Anyango, Annette Anyango and Faith Chirchir

•The basketball league will tip off on June 4 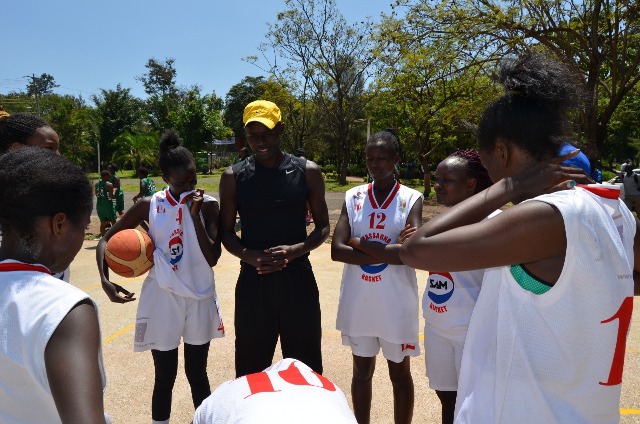 Newly-promoted Eldonets star player Stacey Ongwae says they are confident they can match up to the top sides in the Kenya Basketball Federation Premier League.

Ongwae is convinced that other than champions Kenya Ports Authority (KPA) and Equity Bank, they are no underdogs to the rest of the teams in the top tier.

"We are looking forward to having a great season. We want to compete with the girls and get to the playoffs. We believe in ourselves. We just need to work a little bit on our aggressiveness and we will be good to go," Ongwae said.

The newcomers have bolstered their playing ranks with the likes of Fridah Anyango, Annette Anyango and Faith Chirchir and Ongwae believes the trio will be of help to their campaign.

"Yes, they will really help us a lot because they are from experienced teams specifically, Division One, who play really well," the Division One Most Valuable Player (MVP) said.

Eldonets claimed the Division One crown by beating Jomo Kenyatta University of Agriculture and Technology (Jkuat) in the finals.

Coach James Ndung’u's charges are the first women's side from Eldoret to play in the Premier League.

The league, according to Kenya Basketball Federation (KBF) fixtures secretary Joseph Amoko, will tip off on June 4.

According to the USA-based Big Dream Vision founder, Ishmael Omondi, there will be scholarship opportunities for the best players.
Sports
2 weeks ago

Odhiambo scored and before punishing a careless Warriors turn over for a 35-23 advantage and soon made another
Sports
4 weeks ago
by DANN O'WERRE
Basketball
13 May 2022 - 05:00