The series between the country's top two teams is now locked at 2-2 with the title-decider set for Monday at the same venue.

• The soldiers, who were downed 71-50 the previous day, were in total control from the tip-off after Eric Mutoro tipped in a David Ouma miss.

• "We played good defense but didn't reward our offense which was bad. We allowed them too much room," said Kiki. 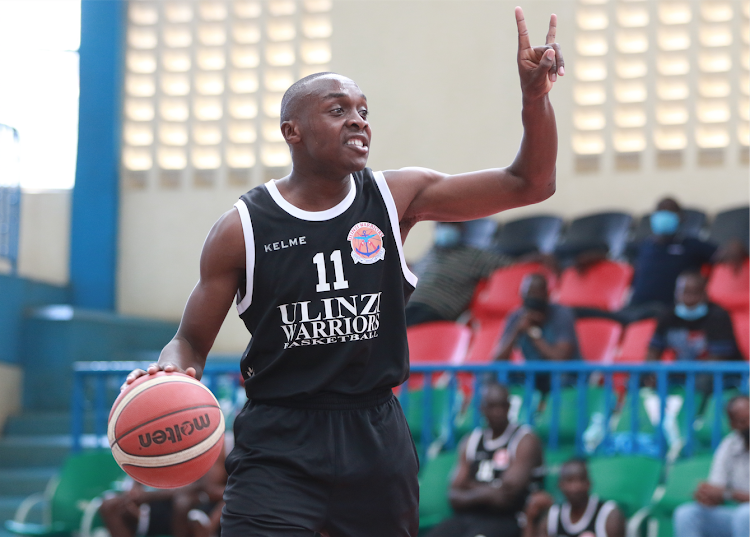 The series between the country's top two teams is now locked at 2-2 with the title-decider set for Monday at the same venue.

The soldiers, who were downed 71-50 the previous day, were in total control from the tip-off after Eric Mutoro tipped in a David Ouma miss.

Mutoro buried a three and made a basket for a 7-0 lead as KPA closes attempt hanged on the ring pulling the playback from the sides.

A trey by Ouma from the wing made it 10-0 as KPA coach Sammy Kiki called his first time out with 3:01 of play gone.

"We played good defence but didn't reward our offense, which was bad. We allowed them too much room," said Kiki.

"As a team, today we played badly. We were nervous from the start as we missed many free throws and couldn't score but we will fight hard tomorrow."

After missing their attempts, KPA finally connected when Job Byron made one of the four foul shots from the line.

Soon thereafter, a fiery Mutoro stuck a three as the scores read 13-1. He was at it again at 15-3 before Tiberius Menya checked in for Ouma.

Four foul shots by William Otieno and Menya saw the soldiers rake up a 21-5 first-quarter advantage.

KPA opened the scoring in the second quarter with a John Wiljass trey but James Mwangi wheeled inside for an easy lay-up, making it 23-8.

Menya drove for a basket but failed to complete a three-point play as Ulinzi retired to the break 33-16 up.

After resumption, KPA scored a brace from a Nick Ogol jumper and Job Byron drive but two Mutoro threes had it 39-20.

Ulinzi build a 44-24 cushion on a basket by Otieno but KPA cut the margin to 16 and Ouma made it 48-30 as the buzzer sounded to end the third quarter.

KPA closed into 12 points at 50-38 and Ulinzi's response was a thunderous one-handed jam that woke the entire crowd up with 4:10 to play.

"I had told my players from the word go that we had to go for an early lead for us to be sure of a win. We started well and this helped," said Ulinzi coach William Balozi.

"Our next move was on how to manage our time and not rush our shots. We all wanted a win and I knew KPA would come hard at us, just like they did to us in the previous game. But we got at them fast and thus disrupted their tempo and hit them early."

Mutoro sunk 22 points and was the only player who guts double figures for Ulinzi. Ken Wachira made 13 and Tobias Odhiambo 10 for KPA.

The opening series were played in Mombasa a week ago with Ulinzi taking Game One 68-66 and KPA winning Game Two 69-58.

KPA in town for play-off encounters against Ulinzi this weekend

KPA have a fully fit squad for the encounter save for center player Frank Mayoti who is suspended for Saturday's Game Three.
Sports
2 months ago

The porters are seeking their seventh crown whereas the soldiers are gunning for their tenth trophy and the third one in a row
Sports
2 months ago
by BY DANN O'WERRE
Basketball
25 April 2022 - 05:00