•Kirui who won the event four years ago will be seeking to capture a second title on the famous street in Boston. 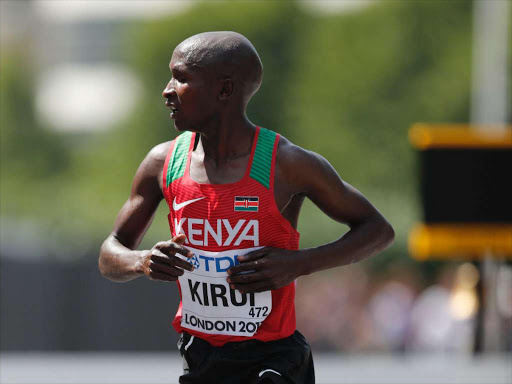 Former world marathon champion Geoffrey Kirui will be the man to beat at this year's Boston Marathon slated for October 11.

Kirui, who won the event four years ago, will be seeking to capture a second title on the famous street in Boston.

“Last year was a tough one for everyone. Boston is, for me, the exact right motivation and light at the end of the tunnel, as it will be for all returning champions and participants. This is the marathon where I feel at home, and I have big dreams for October,” Kirui said.

Others to look for out are Lemi Berhanu from Ethiopia, best known for skipping across the Boylston Street finish en-route to winning in 2016.

Yuki Kawauchi, winner of more than 30 international marathons and the Japanese record holder in the 50K, looks to become the first man from Japan since Toshihiko Seiko in 1987 to earn two Boston Marathon titles.

It will also be the first event to provide a designated prize purse for athletes with upper limb, lower limb, and visual impairments.

Due to the Covid-19 pandemic, the 2021 Boston Marathon was moved from its traditional date of the third Monday of April to Monday, October 11. The fall race will feature a field size of 20,000 participants, as well as a rolling start for the first time. The in-person race will be complemented by a virtual race, which will be held from Friday, October 8 through Sunday, October 10.