Athletics Kenya had planned trials on March 26-27 to select the final team on May 1-2 but had to cancel after sports activities were suspended indefinitely to stem third wave of coronavirus infections. 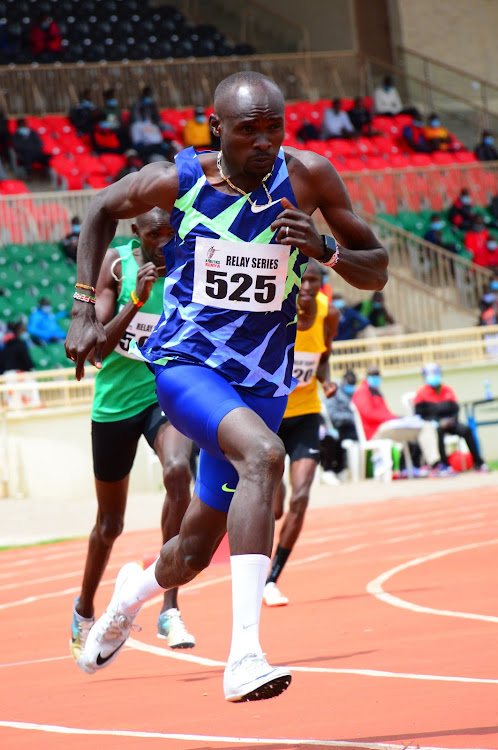 Head coach William Murgor hopes the national team to the World Relay Championships in Selesia, Poland have improved on their starting techniques.

Murgor said they have been working hard to rectify the glaring technical mistakes witnessed during the AK Relay Series that began in January this year.

"The way we start these sprints is very important. If the starting athlete messes, then the whole team will be in trouble. This is one area we have been working on because it has been a bit of a challenge. If we can improve on it, our chances of winning medals will increase," Murgor said.

He observed that baton handovers, as well as lane violations, have improved tremendously.

"We had mini-trials to work on some of these technical issues and I can say that baton handover has improved and is no longer a problem. We have also been looking at how to avoid lane violations," he said.

Athletics Kenya had planned to host national trials on March 26-27 to select the final team for the May 1-2 championships but had to call the event off after sports activities were suspended indefinitely last month in a move aimed at taming the spread of Covid-19.

They were compelled to name a team for the different relay races except for 4x400 men and 4x100 women, for which the country did not qualify.

Nonetheless, Murgor does not want to use suspension of sports as an excuse.

"The team is raring to go and everyone in the camp is in an upbeat mood. Despite the suspension of sports, we have not been affected significantly thanks to the bubble camp training. I am confident in the team selected and I am looking forward to a splendid performance in Poland," he said.

The team of 36 athletes and seven officials are expected to depart the country on Tuesday night.

Asked about their targets, Murgor said: "There is not much to speak about regarding our targets. We first want to arrive safely and hopefully, none of us will be barred from competing due to Covid-19. After all, we cannot dream of medals if an athlete is prevented from running due to the virus."