HOPE FOR THE FUTURE

Ndung'u hopes Kenya will be considered as hosts for the International Practical Shooting Confederation African tournament.

• The four-day competition began with a safety officers and officials' shoot on Wednesday and Thursday.

• "We have grown in leaps and bounds," said Ndung'u. 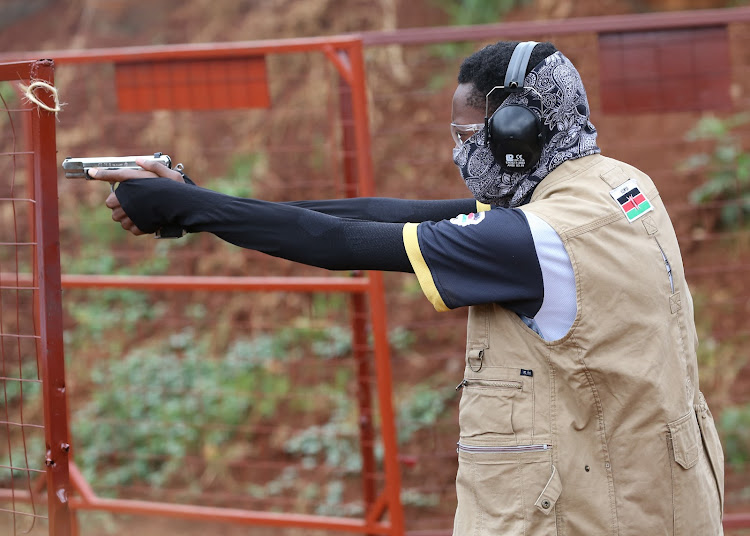 Kenya is hoping to host more editions of the International Defensive Pistol Association at a global level in the near future.

Ibrahim Ndung'u, assistant match director for the just-concluded IDPA African Championship at the Kirigiti Shooting Range, said the country has shown it has the capacity to host events of global magnitude.

"For us to host an event of such level; tier 4, which is the highest level of shooting competition, shows we are respected as a country that has produced enough number of IDPA shooters. You can't be allowed to host these championships if you don't have the required number of registered members," Ndung'u said.

Ndung'u hopes Kenya will be considered as hosts for the International Practical Shooting Confederation African tournament, which will be held in Johannesburg, South Africa next month.

"Maybe the next edition of the championship will be held here now that we have managed to successfully host the IPDA event. This year, it will be held in Johannesburg and six of us will be traveling there to compete against the rest of Africa," he said.

This year's IDPA continental showpiece was the first to be held outside South Africa. It brought together 207 shooters from around the country and Africa.

The four-day competition began with safety officers and officials' shoot on Wednesday and Thursday before the main tournament on Saturday and Sunday.

Ndung'u bemoaned that the Covid-19 pandemic had inhibited many foreign competitors who had initially expressed an interest in participating.

"We had over 10 of them who had registered to compete but couldn't make it because of the Covid-19 protocols in their countries and also the procedure of getting the permits to bring in their firearms. All in all, we had two foreigners from Ukraine and Spain who were here with us from day one," he said.

Nonetheless, Ndung'u is optimistic the country will go places in shooting considering the progress they have made since Kenya first hosted an IDPA-sanctioned event in Mombasa in 2019.

"We have grown in leaps and bounds. I remember in Mombasa where we were required to raise at least 75 shooters as per the rules and we struggled to reach that number. But today, we have comfortably raised 200 shooters according to the requirements of tier 4 competitions," Ndung'u said.

Sammy Onyango, Jonathan Wahome and Ibrahim Ndung'u were some of the biggest winners in the tournament, emerging top in various categories. Ndung'u won the Stock Service Pistol Master Class category, ahead of Thomas Kiilu and Mohammed Omar.