It is up to all of us to remain vigilant and safeguard our lives. 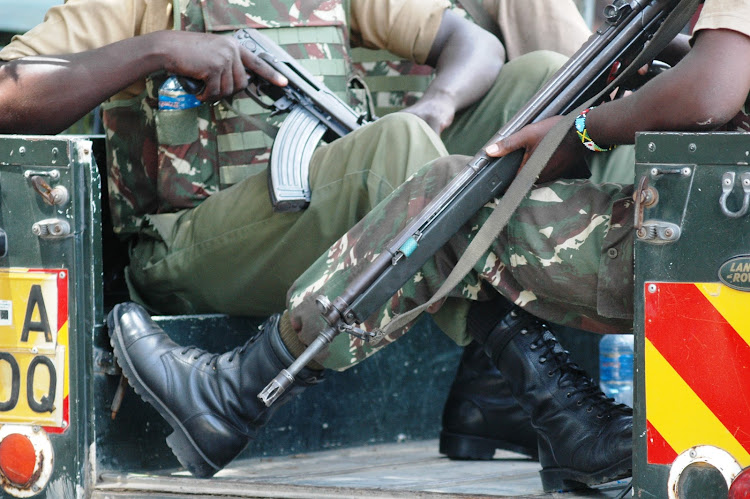 September and October were probably the most insecure months this country has witnessed in a long time. Coming in the wake of a very competitive general election, muggings, robbery with violence and murder became the order of the day in Nairobi and the country in general.

Social media was awash with stories by victims of these crimes. Estates in Eastlands, Nairobi, such as Dandora, Kayole, Makongeni, Donholm, Umoja and others in Dagoreti, Kawangware, Kibera and Githurai became listed as prone to gang attacks. The rise in crime was attributed to many factors.

One of the heavily debated reasons was the disbandment of the infamous Serious Crime Unit of the Directorate of Criminal Investigations. They were known to be the source of peace for some as they had effectively dealt with crimes.

The disbandment was said to give courage to the criminal gangs in the city. An alleged go-slow by junior police officers followed soon after as they were said to not want to involve themselves too much or risk losing their jobs.

While some senior politicians staged their rhetoric, President William Ruto deployed officers from the General Service Unit and the Rapid Deployment Unit to deal with the rising cases.

Johnson Sakaja, in his capacity as the Nairobi governor, also made attempts to regulate the boda boda sector. This came following reports by citizens that murders and muggings were being carried out by people on motorbikes. He clarified that not all people in the boda boda industry are thieves, except for a few elements who were tarnishing the name of the sector.

A research by the National Crime Research Centre in May last year titled ‘Boda Boda Motorcycle Transport and Security Challenges in Kenya’ revealed that the sector was inadequately regulated, giving incentives for risk taking, recklessness and impunity among operators.

The research found a strong connection between boda boda operators, weak regulation and the siege mentality to increased cases of robberies; causing death by dangerous riding; breach of public order; committing murders; kidnappings and abductions; possession and usage of dangerous drugs; rape and defilement; smuggling of illegal firearms and contraband.

According to security experts, most robberies are committed when the attackers are in close proximity with their target. Since the robbers risk being seen and identified by the victims or get stuck in a traffic jam while escaping from such scenes, they resort to motorcycles as their mode of getting away from a crime scene.

The Cabinet also approved the reinstatement of the multi-agency co-ordination between Kenya's security organs and operators at all points of entry to detect and prevent trafficking in narcotics and other psychotropic substances.

Following these changes, police reports indicate more than 1,500 motorcycle taxi operators have been arrested in the last two months in Nairobi, Mombasa, Nakuru, Eldoret, Thika, Nyeri, Machakos, Kisumu, Embu and Kericho after being involved in violent robberies and armed attacks while using their motorcycles.

Incidents of crime have generally reduced in the months of November and December. This was all achieved because of the unprecedented collaboration between the Kenyan public, the police and goodwill of the government of the day. Police chiefs have become consistent in encouraging people to report known criminals or any suspicions of a crime.

Crimes usually rise in the run-up to the December festivities, when many city dwellers are shopping before travelling for holidays. Some of these crimes can be prevented if known gangsters are reported to the police.

It is up to all of us to remain vigilant and safeguard our lives. Cooperation between the general public and the police, however, remains the most effective way of keeping crime levels at the minimum.

The writer is a political commentator

Ogada said more than 25 people have been brutally attacked and 11 murder cases reported.
Counties
1 month ago

No Kenyan should lose his/her life in the hands of criminals, whether in the cities or in the remote areas.
Opinion
2 months ago

The capital recorded 305 murder cases out of the total 1,460
News
2 months ago
Post a comment
WATCH: The latest videos from the Star
by MICHAEL MUGWANG'A
Siasa
21 December 2022 - 17:00
Read The E-Paper