MOKKU: It's time to act on climate change to avert more loss

COP27, whose theme is ‘Delivering for people and the planet' has started in Egypt. 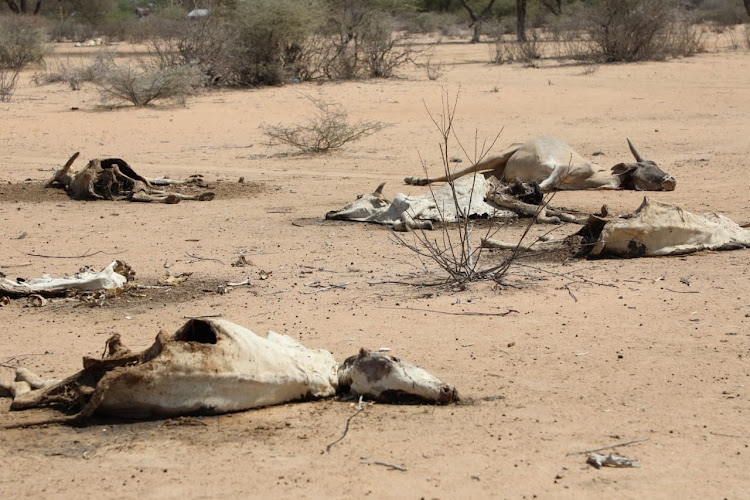 The negative consequences of climate change on human societies and the natural environment are unprecedented.

The extent of global efforts to mitigate and adapt to climate change and compensate for the loss and damage will cost poor developing countries a total of US$580 billion in 2030 and is expected to reach US$1.8 trillion by 2050.

All roads and flights are currently heading to Egypt’s coastal city, Sharm el-Sheikh, for the 2022 United Nations Climate Change Conference, more commonly referred to as the Conference of the Parties of the UNFCCC, or 27th Conference to Parties of convention (COP 27).

COP27, whose theme is ‘Delivering for people and the planet' dubbed ‘Africa’s COP’, will take place between November 6 and 8 this year.

More than 40,000 participants, including heads of state, climate activists, mayors, civil society representatives, CEOs, ministers and negotiators land in Egypt, and more than a billion people in the Africa continent are hoping against hope that something good will come out of the African COP.

Kenya is not left behind as President William Ruto on Monday, November 7, spoke on behalf of the African Group of Negotiators.

Back home in Kenya, the drought situation remains deadly and dire. The stories of stress and suffering told by the people who are affected directly by 4 seasons’ rains failures are heart-breaking.

Job Metuy, a resident of Torosei in Kajiado county, knows too well the pain and devastation of the ongoing drought situation on his family’s core business and livelihood — pastoralism.

He is a devastated man as he painfully watched his precious cows lose their lives as effects of drought continue to sting. He counted harrowingly as 20 of his dairy cows collapsed one by one, dead.

The last thing he would do is to move the bovine dead skinny body to join heaps of other dead and dry bones of livestock that had succumbed to drought stress, while covering his face from pain and foul smell around his homestead.

Metuy said that the rest of his remaining cattle are only moving bones that are dragging along in front of him just waiting to die. In his mind, he believes the end for all of them is too nearer than his hopes for the rains. Despite this, he did not give up.

He decided to move his entire herd away from his home in Kajiado county crossing the international borders to a place called Matale in Tanzania in search of precious pasture and water.

When he arrived there, there was already a high number of the pastoralists like him from the East Africa region who migrated with their livestock. The pasture and water were thus depleted in a few days before his animals could recover from the fatigue and stress of walking for long distances.

Metuy’s cattle began to emaciate further due to lack of pasture and water to help them recover. He decided to return the cows back to Kajiado in Kenya.

His current challenge is that his cattle have no energy to walk back home the long distance. He borrowed money to transport the remaining herd back to Kajiado. Upon reaching home, the situation had worsened.

Metuy faced the trauma and agony of seeing his fellow pastoralist selling a cow at a throwaway price of Sh2, 000 before he left.

Livestock keeping in the rangelands is the main economic activity for most people in arid and semi-arid areas. Pastoralism for them is the most promising viable production system that their tribesmen have practiced for centuries in drylands. For the pastoralist, mobility is a key production system.

Pastoralism accounts for 90 per cent of youth employment and provides more than 95 per cent of rural family incomes in the drylands of Northern Kenya.

These areas include Garissa, Isiolo, Kajiado, Kitui, Mandera, Marsabit, Laikipia, Samburu, Tana River, Turkana, and Wajir, which according to the National Drought Management Authority NDMA, are all in the alarm stage, experiencing the worst phase of drought emergency.

Last week, the State Department of Livestock confirmed that Kenya has lost 2.5 million heads of livestock to the ongoing drought across the country.

The remaining 10 million livestock in the drylands is all in unstable condition because of lack of pasture and water.

The new Tourism Cabinet Secretary Peninah Malonza last week said that 205 elephants perished due to ongoing drought between the months of February and October in the protected areas that are controlled by the Kenya Wildlife Services.

In the KWS record, Kenya lost 512 gnus, 381 zebras, 12 giraffes, and 51 buffalo during the same time, according to Malonza. No data on the number of deaths is available from the rangeland’s ecosystem where 60 per cent of the wildlife co-exists with the community livestock.

Researchers have linked the severity and frequency of natural disasters such as droughts, floods, livestock diseases, conflicts, small arms proliferation, locusts and the Covid-19 pandemic to climate change.

Africa and Kenya continue to suffer the painful effects of climate change, yet according to research, wealthy nations and big corporations are largely to blame for climate change causing carbon dioxide emissions. The poor, who have contributed very little to the climate crisis, are on receiving end on behalf of humanity painfully taking the biggest burden of climate change impact. It is an unfair game.

The stories of the local community’s livelihoods frequently being wiped out by natural disasters, like drought and floods, livestock diseases and armed conflicts are no longer news. It has obviously become normal.

To help the affected population adapt and develop sustainable ways of making a living in the drylands, it is time as a country we considered more innovative ways of managing climate change’s impact on the lives and livelihoods of the poor people.

It includes continuous engagement with rich and powerful nations as it is the lifestyle of the rich people that are creating the problem for us all. Therefore, we must fight together the global crisis of climate change’s negative impact.

The social protection and resilience-building schemes for the growing poor population in our country should be the most important priority for the new Kenya Kwanza administration.

All state nations must deliver on their commitment to protecting the poor people and ensure climate change effects on poor people intervention include some form of financial compensation for the people who have endured suffering and major losses associated with the negative impacts of climate change.

COP27 is expected to build on the outcomes of COP26. The main issues include piling more pressure on rich nations to urgently reduce their greenhouse gas emissions.

All nations that have made pledges in the past should also be made to deliver on their commitments to finance climate action to reduce the climate emergency.

As the world leaders gather and focus their eyes on Sharm el-Sheikh, I hope the devastating effects that climate change has had on northern Kenya pastoralists and Africa, in general, will take centre stage at the COP27 conference discussions.

Jarso Mokku is the CEO of Drylands Learning and Capacity Building Initiative DLCI and secretary to the Pastoralist Parliamentary Group Secretariat based in Nairobi, Kenya

He says further procrastination and delaying tactics is cruel and unjust.
News
4 weeks ago

Guterres says communities everywhere must be protected from immediate and very growing risks of climate emergency
Counties
4 weeks ago
Post a comment
WATCH: The latest videos from the Star
by JARSO MOKKU
Siasa
10 November 2022 - 23:00
Read The E-Paper