While the election might not have been too perfect, it demonstrated a democracy that is maturing

• It was conducted in accordance with Constitution and in strict adherence to the judgments of the Supreme Court and Court of Appeal of 2017. 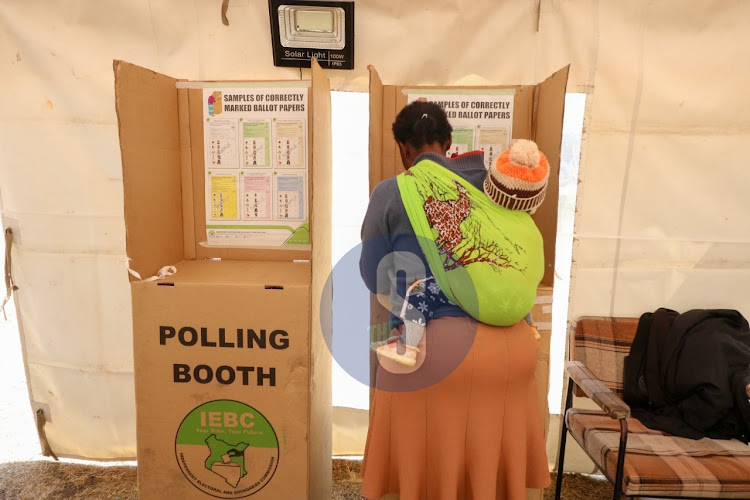 The peaceful conclusion and closure of the 2022 General Election and ability of the institutions to resolve electoral disputes amicably is a major step in consolidating Kenya’s constitutional and democratic gains.

While the election might not have been too perfect, it demonstrated a democracy that is maturing. However, the low voter turnout points to a severe political legitimacy deficit, which cannot be ignored. The majority of Kenyans were disillusioned and felt that the electoral promises made to them are the same — recycling of old pledges that are never fulfilled. This was particularly so among the young generation, which constitutes more than 76 per cent of Kenyans below 37 years.

The general election was conducted in accordance with Constitution and in strict adherence to the judgments of the Supreme Court and Court of Appeal of 2017. The fact that millions of the people across the world were able to access and verify election results in the portal provided by the Independent electoral and boundaries Commission gave the election a huge legitimacy and acceptance.

The election management was deemed transparent, verifiable, secure and accountable.

Linda Katiba, a citizen’s voluntary initiative to defend the Constitution, fully agrees with the Supreme Court recommendations on strengthening the internal management, operations and systems of the IEBC.

Kenyan elections have for a long time been characterised by violence sparked by ethnic animosity and claims of rigging. However, the 2022 election situation changed. The reports of incidents of violence, which usually break out during the campaign period and continue on polling day and even beyond, were few and far between.

This demonstrates that Kenyans have adopted a high degree of political tolerance and acceptance of diversity of opinions and choices. Further, it is a big endorsement of confidence and trust that the people of Kenya have with the emerging nascent democratic institutions to resolve disputes.

However, Linda Katiba notes and strongly condemns the disappearance and murder of election official Daniel Musyoka, the returning officer of the Embakasi East constituency in Nairobi. There is need for expeditious conclusion of investigation and prosecution of those responsible for the murder.

Linda Katiba is delighted to note that the number of women who participated and got elected is remarkably high. This is a further step towards gender parity. Kenyans elected 30 female MPs, up from 23 in 2017, while seven female governors, up from three in 2017, got to office. However, there are only three female senators, the same number as in 2017.

Three out of four deputy president candidates were female, and double the number of women who battled it out for gubernatorial seats compared with previous elections. However, Kenya is still far behind in achieving the two-thirds gender rule and it trails some of its neighbours, such as Rwanda, in terms of parity. The political journey of Kenyan women is often fraught with difficulties, and that of the 2022 candidates was no exception. There is need for more concrete steps to be taken in full implementation of the gender parity rule.

The low youth participation in elections remains deeply troubling. While there is large number of young people who got elected, their overall participation in the election was characterized by apathy. The country saw a decline in the number of young people who registered to vote in the August 2022 elections. This group’s share of the 12.1 million registered voters dropped by 5.3 per cent compared to 2017. This fall in registration among young people reflected a wider pattern of voter apathy among Kenyans.

In the run-up to the 2022 election, the country’s electoral agency added just 2.5 million voters to the register, against a target of six million. The fact that youth did not feel the urge to vote is cause for concern as it affects Kenya’s democratic trajectory in the years ahead and denies the country the youth’s exuberance and innovation.

Finally, it is very crucial that both national and county governments restore Kenyans' trust and confidence in the government. Trust in government is key in strengthening and making democracy deliver public goods and services. Looking at the large number of voters who did not participate in voting is a serious indictment of the low trust in government.

Kenyans demand a government that works and deliver services for everyone. President William Ruto’s administration must create and give all Kenyans reasons to feel a sense of belonging. The new administration must build a competitive inclusive economy guaranteeing economic and financial security for all Kenyans. It must invest in social and economic progress of the Kenyan people.

There must not be conflict of interest in government. Public/state officials must make a choice between serving and delivering to Kenyans or resigning to go do private business. The laws of full disclosure must be tightened and enforced without discrimination.

Kenya’s democracy and human progress will thrive more and society becomes more inclusive through nurturing political culture of the rule of law and constitutionalism.

Osotsi now wants petition against his election struck off

How women took over Nakuru

Such liability may occur depending on the outcome of an uncertain future event
News
1 month ago
Post a comment
WATCH: The latest videos from the Star
by NDUNG'U WAINAINA
Siasa
25 October 2022 - 11:59
Read The E-Paper