County assemblies must engage residents on BBI before voting 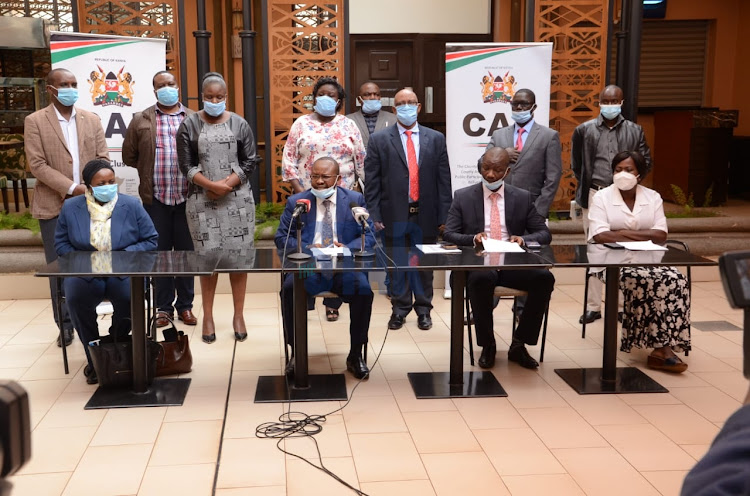 On January 26, 2021, 46 days after receiving the draft constitutional amendment bill through “a popular initiative and supporting signatures from the BBI”, IEBC determined that the Bill has the support of over one million signatures.

Without querying the efficacy of IEBC’s decision, even from the perspective of its internal administrative procedures for verification, its determination paves the way for the next process in the journey of this popular initiative

This is the consideration and approval of the Bill by County Assemblies stage. Governed under articles 257(5) and (6) of the Constitution, this stage is fraught with lack of clarity which unless cured, rans the risk of exposing the hard worn safeguards embodied in the 2010 Constitution to peril.

The lack of clear, regular and uniform standards and procedures by which county assemblies should process a popular initiative Bill renders this step of the course anarchic in so far as it will differ from one assembly to the next.

The lack of guidelines to safeguard the regularity and non-arbitrariness of the process exposes county assemblies to manipulation, particularly where the Executive at the national level is the shepherd and key proponent of the popular initiative. The resulting outcome is, therefore, to transform this stage into another milestone for the exercise of Executive fiat rather than a true citizen driven process to amend the Constitution.

The three-month period within which the assemblies are enjoined to consider the Bill submitted to it by the IEBC under Article 257(6) indicates that the Constitution envisions this to be the stage during which the initiative is subjected to public participation in accordance to the requirements of Article 10.

This interpretation coheres with Article 256(1)(c) that requires a Bill to amend the Constitution vide parliamentary initiative will not be subjected to the Second Reading until the expiry of 90 days after the first reading. Parliament is then  required to publicise the Bill and facilitate public discussion thereon as per article 256(2) of the Constitution.

If public participation is deemed mandatory for parliamentary initiative and 90 days deemed adequate for this purpose, it must follow that the reason the Constitution provides that county assemblies will consider a popular initiative Bill for three months (90 days) is to allow assemblies to undertake public consultation.

The three months period for the county assemblies to “consider” the Bill must therefore mean something. It must mean that like a jury that meets to consider the evidence before convicting or acquitting, in their careful examination of the Bill before voting on it, County Assemblies will have recourse to among others, the views of the public within their Counties.

Indeed, Article 196(1)(b) of the Constitution requires the county assemblies to “facilitate public participation and involvement in the legislative and other business of the Assembly and its committees.”

Contrary to the opinion of the Attorney General that in processing a popular initiative Bill, the county assemblies should “circumscribe public participation to the actual question before the Assembly and no more,” the exercise by Assemblies’ of their constitutional amendment power is a very grave matter requiring more rather than less public involvement.

Additionally, the AG’s opinion fails to reflect on the constitutional justification for granting county assemblies 90 days for consideration and approval/rejection of the Bill. If no public participation was envisioned, then the exercise would require a considerably shorter time frame than provided for by the constitution.

Counties are also the proper sites for citizen participation and engagement by dint of Schedule 4 part 2 (14) of the Constitution. Such participation is impossible without civic education and awareness. This is further clarified in the County Government’s Act.

Section 99(1) of the Act clarifies that the purpose of civic education is to have an informed citizenry that actively participates in governance affairs of the society on the basis of enhanced knowledge, understanding and ownership of the Constitution.

Sub-section 2 thereof articulates the objects of civic education to include: (a) sustained citizens’ engagement in the implementation of the Constitution; (c) institutionalising a culture of constitutionalism; (f) enhanced awareness and mainstreaming of the Bill of Rights and National values; among others.

Given that the BBI Amendment Bill is a new document and little civic education has taken place, it is imperative for county assemblies to deeply engage with communities in the county on the content of the Bill before taking a decision on the Bill one way or the other.

The 90 days for processing a popular initiative Bill is therefore justified by the need for assemblies to create awareness on the Bill and then collect views on the same from the people.

Nothing will undermine constitutionalism than a county assembly that proceeds merely on momentary political interests to approve or reject a constitutional amendment effort without prior and informed consultation with the people.

Korir Sing’Oei, Legal adviser at the Office of the Deputy President. His views are personal