THE SPLIT IN JUBILEE

Ever since its formation, the BBI has become the target of political pun. It created permanent fissures in the government and led to the near-collapse of the Jubilee Party.

• The BBI that had been initiated to unite the country after the election has become counter-productive and source of division within the government.

• Uhuru is staring rebellion within the government and the ruling party almost on a daily basis. Clearly, this is not the scenario he envisaged when they shook hands with Raila on March 9, 2018. 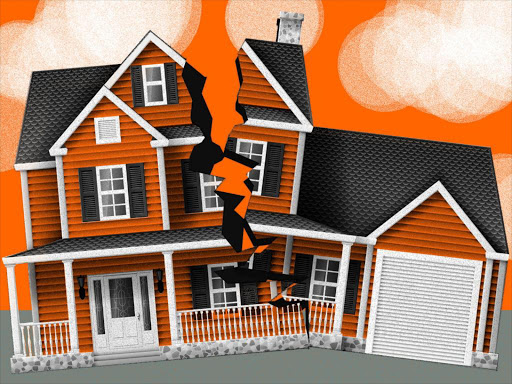 This has been expectant with the anticipation of the release of the Building Bridges Initiative report, and with it speculation of its content.

The Yusuf Haji and Adams Oloo-led committee had promised to deliver the report by end of October if granted extension, which was given.

The team, which was appointed by President Uhuru Kenyatta and Raila Odinga, traversed all the 47 counties and collected views from the public and stakeholders.

This was in spite of opposition from some politicians. In some counties such as Uashin Gishu, the reception for the team was outright hostile and appeared predisposed to certain preconceived political considerations.

Formed on the backdrop of the hotly contested 2017 presidential election and the divisions that followed, BBI was expected to assess the socio-political and economic environment and make appropriate recommendations that resonate with the stakeholders’ aspirations.

The team was given a nine-point agenda to guide their operations and schedule of activities. At the initial stages, it faced hurdles of getting off the ground as it lacked legal and institutional grounding, which affected how it would be domiciled within the government agencies.

Money from the Consolidated Fund may only be channeled to agencies identified in the parliamentary approved budget.

Ever since its formation, the BBI has become the target of political pun. It created permanent fissures in the government and led to the near-collapse of the Jubilee Party.

The NASA coalition Raila used in 2017 disintegrated soon after the handshake. The BBI became the fulcrum around which competition for 2022 rotates. Most significantly, the unity and comradery exhibited by UhuRuto turned into tension and open hostility.

Uhuru was thus forced to change tact and strategy in government operations. Others hold the view that this might have been his objective all along: That he appeared to play ball only to win the 50%+1 threshold required by the constitution.

All of a sudden, the President abandoned the party campaign manifesto and instead unveiled the Big Four agenda. He openly declared his noble intention to bequeath the nation a positive legacy.

This legacy was hinged on securing the unity of the fractured nation and addressing some basic needs such as housing, food security, economic productivity and access to universal healthcare.

To achieve this legacy, there was need to end entrenched bad governance practices such as corruption and nepotism. Yet the Jubilee government was always suspected to have been founded on proceeds of questionable enterprises and total disregard of global best practices in governance.

The symbiosis established by the ICC indictment and unregulated campaign financing regime became the heavy baggage to the attainment of the government agenda. It hangs on his neck like an albatross. The handshake and recognition of Raila helped disorient the solid opposition under NASA and offered a shoulder for Uhuru to lean on, so to speak.

Once the opposition forces were scattered to the four winds, the difficult stage remained the de facto coalition of Jubilee. Just before the 2017 elections, Jubilee had joined into one party legal outfit but remained distinctly a duopoly. The TNA and URP wings retained their respective characters both in operation and display.

Claims of betrayal started to emerge from the URP wing of the party. Matters came to a head when the crackdown on corruption started. By design or coincidence, the URP wing appeared to bear the most responsibility for graft cases besetting the Jubilee administration.

URP leaders, especially from the Rift Valley, cried wolf and claimed the war on corruption had been politicised and weaponised.

Deputy President William Ruto suddenly began to sing out of tune with the President on key government pronouncements. While Uhuru beseeched the Jubilee troops to disengage from early campaigns and focus on service delivery, Ruto and allies demanded he endorses his deputy for the 2022 presidential race.

The DP has since made forays into Uhuru’s Central backyard in his 2022 presidential bid and received significant support from some elected leaders, some alleged to have won their seats thanks to the mismanaged Jubilee nominations.

Uhuru seemed shell-shocked and publicly — though not directly —rebuked his deputy and warned Central MPs against disrespecting him.

He reorganised the government structure and vested more powers on Interior CS Fred Matiang'i to the chagrin of DP’s supporters.

Ruto and allies have now seized the BBI moment and latched on the process as anti-people campaign. They have painted the process as a scheme to disenfranchise the poor and maintain political power at the hands of the wealthy patriarch families.

The Hustler versus Dynasties has been peddled to the masses through harambees. The Kieleweke and Tangatanga factions were born.

The BBI that had been initiated to unite the country after the election became counter-productive and source of division within the government.

The country is already divided into two. What is not known is the proportions of the division. However, one side has determined that the BBI report is meant to reward a few individuals at the expense and burden of the taxpayers.

They have declared the report anti-people and unpopular even before it is made public and pledged to campaign against its implementation without any value considerations.

The other side has launched campaigns and present the report as the panacea to the country’s problems even before reading the recommendations. They will thus campaign for its adoption and implementation regardless of its inadequacies.

Uhuru is staring rebellion within the government and the ruling party almost on a daily basis. Clearly, this is not the scenario he envisaged when they shook hands with Raila on March 9, 2018.

While he may have enjoyed the much needed political stability through the handshake for national development, but as Central Bank Governor Dr Patrick Njoroge this week said, the statistical GDP growth has not put economic benefits in the pockets of ordinary wananchi.

This may be further cannon fodder for the anti BBI forces. Should the President recede to his troops in Jubilee and drop the BBI hot potato? Or should he maintain fidelity to their pact with Raila and push for its full implementation?

Either way, it is not a walk in the park for Uhuru Kenyatta.

Will Uhuru stick by the BBI even if its recommendation will put him on a collision course with leaders from his region?
News
2 years ago