He featured Kidum in the track, whose video is shot in a dark room 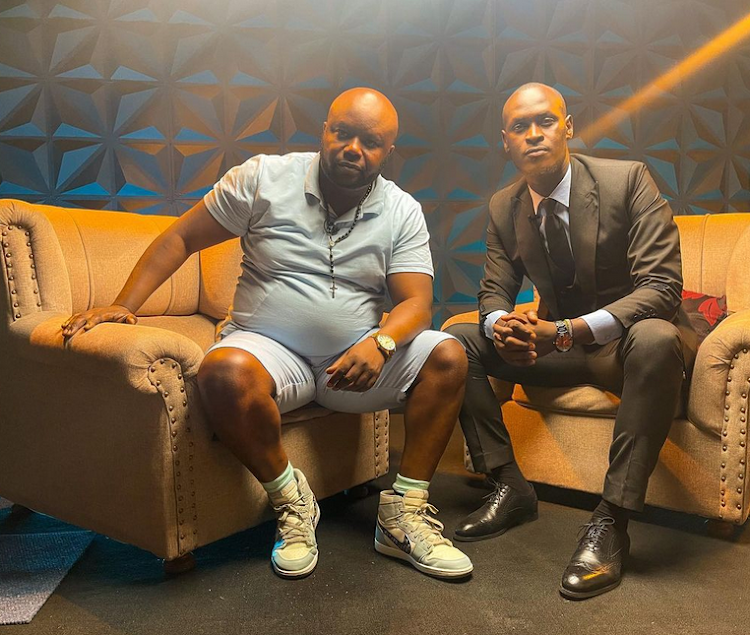 King Kaka's second thanksgiving song featuring Kidum is out ahead of his anticipated album.

Kaka is releasing the album to highlight his recovery journey after he was misdiagnosed last year.

In his new song, 'Asante', Kaka recorded the video in a dark room, where he highlights details of his long admission in hospital.

Kaka narrates how he had to be taught how to eat again on his road to recovery.

He also talks about being given 30 days to live but appreciates that it is over a year now and yet he is still alive.

Kaka will be releasing an album, 'Second Life', on December 24, a day before Christmas.

A year ago, Kaka also released another emotional song that showed a side that many had never seen before, teaming up with the talented Nviiri The Storyteller in 'Manifest'.

The thoughtfully written song gave listeners an insight into how King Kaka was feeling during his challenging illness.

"One promise I made was to give gratitude, something we often take for granted. Inspired by what I’ve been through, I am officially announcing my next body of work," he said.

Kaka got sick and was in the hospital for more than three months, after what he said was a misdiagnosis that saw him lose 33kg, but he is currently in good health.

Post a comment
WATCH: The latest videos from the Star
by ELIZABETH NGIGI Lifestyle, Entertainment Journalist
Word Is
25 November 2022 - 05:00
Read The E-Paper