• The government is working with service providers like Google while leveraging on the telecom backbone infrastructure to roll out the WiFi hotspots. 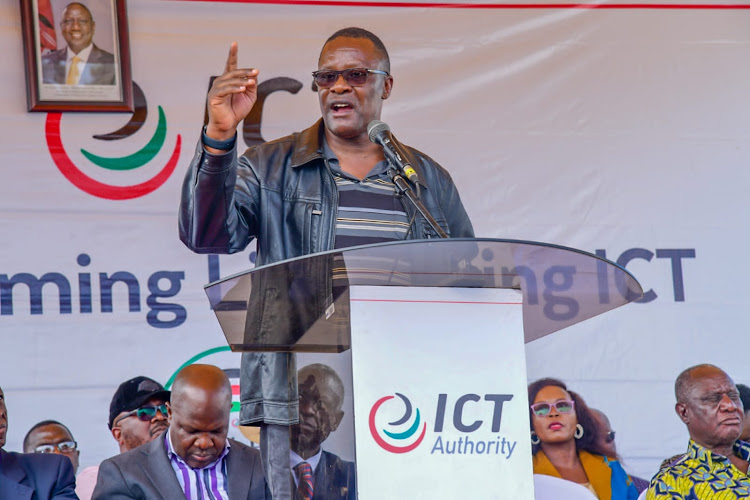 Kenya Telcos are working together to launch smartphones worth Sh 4000-5000 per unit.

Speaking during an interview on Citizen TV, ICT, and digital economy CS Eliud Owalo said that these companies are working together to address the smartphone deficit in the market.

He mentioned that telecom companies, such as Safaricom, Jamii Telecom, and Airtel, have come together to work on achieving this goal despite being competitors.

He also said that the Konza Technopolis is expected to roll out this initiative by July this year.

Owalo highlighted that the infrastructure needed to manufacture these phones is already in place.

"These telco companies will set up operations at the Konza Technopolis and will not only be manufacturing telephone equipment but will start manufacturing ICT software," Owalo said.

“We will not just be able to meet the demands of the local market but we will also have a surplus for export. The goal is for Kenya to move from being an importer of technology to an exporter,” he added.

As part of its digitization agenda, the Kenya Kwanza government is targeting to launch 5,000 free public Wi-Fi hotspots across the country.

During his interview, Owalo said that the free WiFi hotspots are targeting people in markets, schools, and those engaged in various value chains within the economy.

As of Tuesday, the government had launched 17 hotspots.

“The purpose of launching the free digital Wifi is to enable Kenyans to get involved in e-commerce. This is so that we don’t have physical movement of individuals to transact,” Owalo said.

The WiFi hotspots have been launched in places such as Nairobi, Nyeri, Bondo, Ahero as well as Kapsabet which launched on Thursday.

The government is working with service providers like Google while leveraging the telecom backbone infrastructure to roll out the WiFi hotspots.

Owalo said by the end of 2027, President William Ruto’s administration would have rolled out 25,000 free wifi places.

The CS explained that through the digital infrastructure initiative, at least 1.5 to 2 million jobs can be created.

“One thing we have realised is that we have moved the youth idling near bus stops to close proximity of the free Wi-Fi hotspots. We want to leverage technology for purposes of digital jobs for our youth," Owalo said.

The ICT Cabinet Secretary said Kenyatta blundered on the timing of the roll out.
News
4 weeks ago

The CS said that the launch is in line with the government's initiative to provide free internet.
News
3 weeks ago
Post a comment
WATCH: The latest videos from the Star
by MELINDA KIRWA
Technology
12 January 2023 - 20:36
Read The E-Paper