•The critical importance of the event elicited a message from President Xi Jinping for its importance in placing China at the lead of the fast expanding Internet based global economy.

•Africa should also tap into this global digital drive. Africa has more than 400 tech hubs. 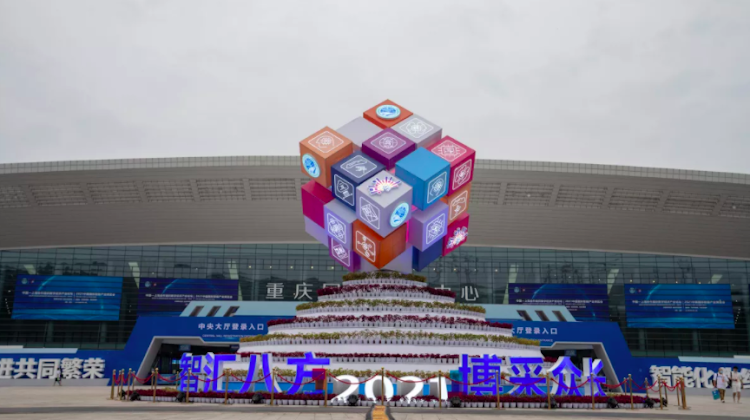 The physical exhibition is set up at the Chongqing International Expo Center.
Image: COURTESY

According to organisers, the three-day event featuring industrial internet is expected to attract more than 610 companies for both online and offline exhibitions.

The SCO forum, which will end on Wednesday, has five forums under various themes including the digital economy, e-commerce, smart tourism, smart logistics, development of digital channels, while six themes are focused on industrial internet for SCE 2021. The overarching theme of the latter is “The SCE 2021 is continuing on the established theme of Smart Technology: Empowering the Economy and Enriching Life.”

Hosting this forum will further strengthen the ties between Chongqing and the SCO countries, and consolidate exchanges and cooperation with the SCO countries in the fields of economy, trade and culture.

There will be in-depth cooperation and exchange, with major highlights set to feature project signing ceremonies involving countries and top enterprises along the Belt and Road, as well as international organisations, sister cities, and industry leaders.

The critical importance of the event elicited a message from President Xi Jinping for its importance in placing China at the lead of the fast expanding Internet based global economy.

In his letter, Xi noted that “the world has entered a period of rapid growth in the digital economy, in which new technologies, business patterns and platforms such as 5G, artificial intelligence and smart cities have sprung up and greatly influenced scientific innovation, industrial structure adjustment and economic and social development across the globe.” 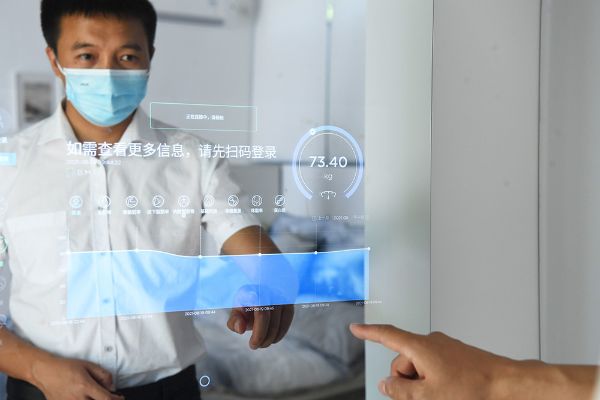 A man clicks the mirror to check his healthy status in the Chongqing Lijia Smart Park, where people can experience “A Day of The Smart Life”, as part of the exhibitions of Smart China Expo 2021.
Image: CNS

In recent years, China has actively promoted digital industrialisation and industrial digitisation to push for deep integration between digital technologies and economic and social development.

On the occasion of the 20th founding anniversary of the SCO, Xi said China is willing to partner with other SCO member states in entrenching and furthering the digital economy. Digitisation, networking and intelligence are now the new tools for economic and social development.

Since 2020, China adopted a new paradigm shift in the country’s development strategy based both on the internal status quo and developments surrounding economic globalisation. In undertaking the foregoing, “will vigorously make scientific and technological innovations to foster new growth drivers”.

A new round of technological revolution and industrial transformation is gathering pace, and science and technology are playing a more significant role in boosting social productivity. Putting high technology at the core of development will give more room for the advancement of humanity.

Africa should also tap into this global digital drive. Africa has more than 400 tech hubs. Lagos, Nairobi and Cape Town are internationally recognised technology centres that host thousands of startups. IBM has launched its Quantum computer programme in Africa, announcing a partnership with South Africa’s Wits University, that will extend to 15 universities across nine countries.

According to GSMA, which represents the global mobile industry, Ghana and Cote d’Ivoire are among the most up-and-coming African nations in high-tech.

It won’t be easy or cheap though as it involves the establishment of “new infrastructure” – which includes new data centres, industrial internet capacity, blockchain, IoT, artificial intelligence, and even satellite-delivered internet services. 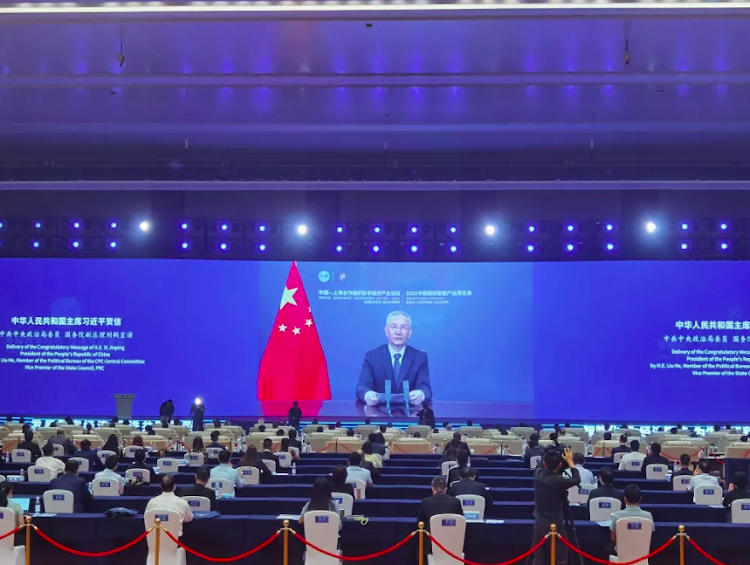 Due to obvious economic challenges, developing countries are clearly disadvantaged and will continue to be so until there is a move towards some form of digital equity.

“Those without internet connections are at risk of being left behind as learning and jobs go online, as commerce shifts online for small businesses, as CARES act funds arrive for the unbanked and as cities move information and resources online,” notes an article titled Digital Equity, More Urgent than Ever, published by the Center for Inclusive Growth.

Luckily, China is ready to work with other countries to seize the historic opportunities presented by the information revolution, foster new growth drivers through innovation, break new ground in digital cooperation, create a new pattern for cybersecurity, build a community with a shared future in cyberspace, and join hands to create a brighter future for humanity.

The writer is the executive director of South-South Dialogues, a Nairobi based research and development communication think tank