AFRICAN TO THE WORLD

• The Uwrongo afro-soul singer came to prominence on the 2017 South African version of The Voice, which was in its second season.

• Faku will headline the upcoming Drip Fest at the Waterfront Karen on Saturday, December 10, 2022. 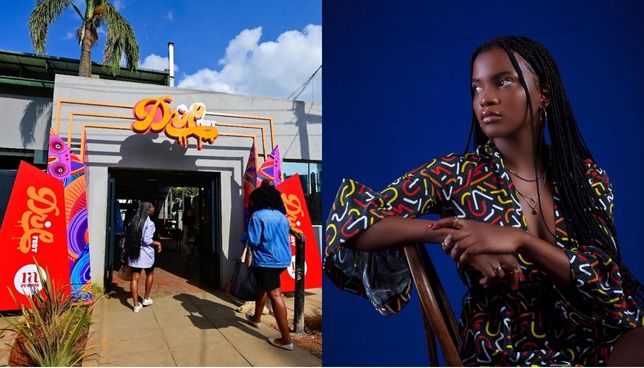 Amanda Faku, commonly know as Ami Faku, is set to headline Kenya’s second edition of the Drip Festival in Nairobi this December.

The 29-year-old South African singer, performer and songwriter is known for her aptitude to combine both classical Afro-soul style of music with today’s pop music, into a piece of modern Afro-soul music.

The Uwrongo afro-soul singer came to prominence on the 2017 South African version of The Voice, which was in its second season, after which she later launched her debut single titled "Ndikhethe Wena."

Though she did not win, she got signed by The Vth Season record label.

Life before the limelight

With her rich, soulful voice that beguilingly draws you in, even if you do not understand the words.

Faku does not write with images in mind. Her process is all feeling.

In the studio, she will hear melodies in beats that other people won’t detect. Bringing out a masterpiece.

Born and raised in the Eastern Cape, at the age of six, Faku developed a strong passion for music.

She started singing at a church in her hometown, which her father pastored.

Her producer lived a stone’s throw from her house, making it easy for her to make music.

Her family was very encouraging and even supported her to audition for The Voice South Africa.

Even after being denied in the Idol South Africa pre-auditions, she never gave up.

In The Voice South Africa, Faku made it to the top sixteen contestants in the competition. Although she did not win, it really opened doors in her music career.

Faku says her music journey was influenced by the church, reggae, and hip-hop.

Even after leaving the competition, Faku landed a recording label deal from Vth Season.

Under her new label, she dropped the hit song Imali, which made waves on the South African music scene.

Ever since Faku has been making waves in the South African music scene with her hit songs; Ubuhle, Love Drunk, Into Ingawe, and Ndikhethe Wena.

In January 31, 2020,  Faku dropped the single "Uwrongo", which was a collaboration between South African DJ Prince Kaybee, Shimza, and Black Motion.

The song was certified gold certification in the Recording Industry of South Africa with sales of 25,000 units.

She also collaborated with South African DJ and producer Sun-El Musician on a song titled "Into Ingawe."

By Novemeber the same year, she was nominated for Best Female Southern Africa and Best Newcomer at African Muzik Magazine Awards.

Deezer, a music streaming app also named her the most streamed female artist in South Africa.

In September 2021, Faku was featured on "Abalele" by Kabza de Small and DJ Maphorisa. The song debuted at number four on Spotify Charts.

Faku is making a name for herself in the industry and taking African music to the world.

Listeners may think that she has been in the industry for decades because of her talent and the way she presents her music.

Faku will headline the upcoming Drip Fest at the Waterfront Karen on Saturday, December 10, 2022.

He said one should board a matatu that suits them.
News
5 days ago

Nadia wants to sing with Ipupa

She will know she has made it the day they do a collabo
Sasa
4 days ago
Post a comment
WATCH: The latest videos from the Star
by MARGARET WANJIRU Health & Lifestyle Journalist
Lifestyle
22 November 2022 - 16:20
Read The E-Paper