Is money all that’s needed for a successful business?

The operating environment needs to change for Hustler Fund to thrive 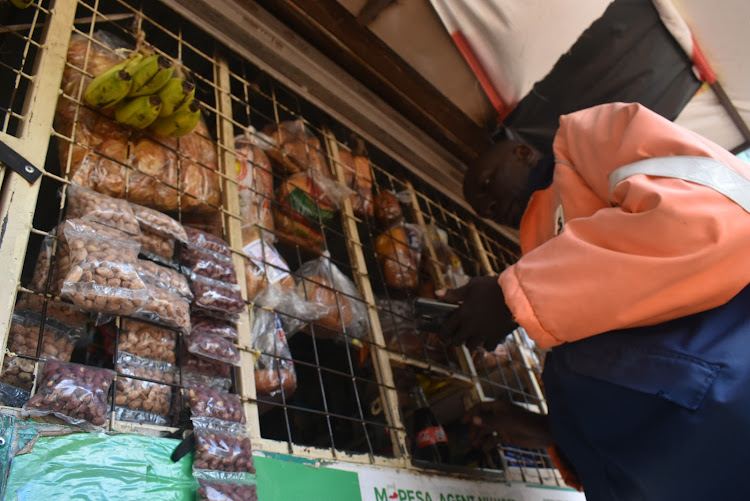 Anyone can succeed in business if they have the money, right? That's most people's belief about getting into business.

"If I had the capital, I would start this and that," is a commonly expressed thought.

"Lots of people have great ideas, but they lack the money to turn those ideas into a business," goes another popular belief.

The government is set to launch the Hustler Fund on December 1. The fund, which is part of President William Ruto's campaign promises, aims to provide loans to help small businesses thrive. Critics are pointing out that, while access to money is crucial in growing a business, there's more to a successful business than government-backed low-interest loans.

The Hustler Fund builds on almost two decades of government experience with various funds aimed at small and medium enterprises (SMEs) owned by the youth, women and persons with disability. Government-provided loans are based on the realisation that those groups do not have property that can be used as security for loans from commercial banks.

Businesses in Kenya operate in an environment where the law is arbitrarily enforced by government officers often out to solicit bribes. Tony Gitonga, a commentator on economics and governance, argues on social media that the government should be dealing with what he calls a "toxic business environment" before establishing the Hustler Fund.

"Sh50,000 or even Sh100,000 capital in an environment hostile to private enterprise will amount to nothing," Gitonga says. He is referring to policies, regulations and taxes that make it difficult for free enterprise to thrive. Crackdowns on every business activity — from construction sites to restaurants, imported goods, alcoholic beverages, public transport to movie shops — have raised questions about the government's commitment to SMEs.

A report by USAid describes the unfriendly manner in which regulations and tax collection are enforced across Africa. Many businesses fail to expand because import duties make it too expensive to acquire the necessary equipment. Large companies – often part of a portfolio of businesses owned by already successful entrepreneurs – have an advantage over small businesses because they can influence governments for investment promotions, special subsidies and protection from competition.

As noted in a recent article in the Star, the top five constraints to business in Africa are the informal nature of most enterprises: corruption, political instability, lack of electricity and lack of access to finance. Government loans to SMEs solve just one of the many challenges entrepreneurs face in Kenya.

Gideon Choge, also commenting online, concurs with Gitonga. "A Hustler Fund born of taxpayer money and failing to address fundamental issues, such as cost of power, tells me all we need to know about the next five years. Where's the bottom with energy prices?" he questions.

Many other commentators are worried about the business skills of those expected to benefit from the Hustler Fund. The fear is that, without the capacity to run a business, many beneficiaries of the Hustler Fund might not generate the profits needed to pay back the loans. As seen with previous state-run micro-credit schemes, loan repayment rates may be too low to ensure the Hustler Fund sustains itself without the need for more money from the National Treasury.

In October 2019, Prof Margaret Kobia, the then Public Service, Youth and Gender CS, put the repayment rate for the Youth Enterprise Development Fund at 54 per cent. That means almost half the beneficiaries of the Youth Fund had not repaid their loans as of that moment. Kobia admitted that the defaults were hurting the government's funding programmes.

Meanwhile, the Board of Uwezo Fund reports a 40 per cent repayment rate for loans issued to SMEs run by youth, women and persons with disability. Uwezo Fund was launched in September 2013 by then-President Uhuru Kenyatta. Official data shows Uwezo Fund has issued loans worth Sh7.2 billion to more than 1 million Kenyans.

This time, punitive measures are to be implemented to improve the repayment of Hustler Fund loans. Key among the proposed measures is a Sh10 million fine or 5 years imprisonment for those found guilty of misappropriating money from the Hustler Fund.

Other than money, what else is needed to build a profitable business? Dr Muhammad Azam Roomi of the Cranfield Business School (UK) says that technical and management skills are fundamental to running a business as is the ability to cope with a changing environment. The potential to train and develop staff is also a key characteristic of entrepreneurs. "Any enterprise cannot survive without a dash of creativity and ability to recognise opportunity," Roomi says.

"A business that is set up to exploit an identified market opportunity would be expected to have stronger growth than one set up as a result of 'push' factors, such as a lack of alternative opportunities," Roomi notes in his studies. This means 'pushing' the unemployed into business may not improve their lives because they may start businesses not suited for their particular markets.

A survey on SMEs carried out in 2017 by a team of British and Kenyan researchers revealed that education levels and previous managerial experience were perceived as least critical to the success of SMEs. The owners and managers of SMEs that took part in the survey shared the most important factors contributing to their success. These included having a good product or service, maintaining good relationships with customers, good marketing skills and creating a brand that customers can associate with.

As indicated before, the operating environment greatly determines the success or failure of businesses. The owners and managers in the survey confirmed that the biggest barriers they faced were high taxes, too much government regulation and corruption.

In the early years of the Youth Enterprise Development Fund, young people would form self-help groups to apply for the money. On receiving the cash, they would split the money among themselves and each would go their way. Obviously, getting such people back together to repay the loans proved difficult, if not impossible.

Lots of lessons have been learnt in the past 16 years, which should inform the operations of the Hustler Fund. None other than President William Ruto has said that public funds cannot be dished out liberally.

Looking at the evidence, one can conclude that the Hustler Fund would be most beneficial to people already in business and who wish to expand. The evidence shows that giving startup capital to people who have never done business will not help them become successful entrepreneurs. Yes, it does take much more than money to build a successful business.

Is the government an obstacle to industry?
Post a comment
WATCH: The latest videos from the Star
by GODFREY KIMEGA Communication Professional
Lifestyle
19 November 2022 - 07:00
Read The E-Paper