Socialising went from zero to 100 very rapidly, and both of us were exhausted by it all.

•For some people, meeting friends and family has been a shock to the system, especially when they are used to isolation with their partner.

•The unique nature of the pandemic meant people who formed relationships during Covid-19 were used to being in a "couple bubble". 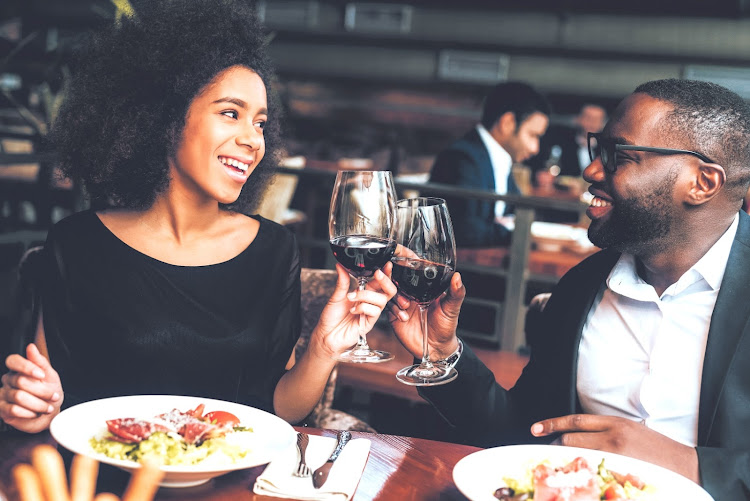 Couple on a date in a restaurant
Image: SHUTTERSTOCK

For many people, the pandemic meant an unrelenting grind of home-schooling, the uncertainty of furlough or the faltering of relationships. But for others, two years of lockdowns led to something entirely different: the start of a love affair.

“We went for walks in the park where we could actually talk and get to know each other,” says Jessica Haymen, 31, of the boyfriend she met on Tinder during a 2020 UK lockdown. “It was great spending time together, and it almost felt like the summer romances you see in films like Grease.”

For Haymen, who lives in Brighton, UK, her lockdown love story was a true whirlwind romance. She and her partner made things official just two weeks after their first date, and were able to spend months hiring bikes and taking hikes – activities that allowed them to talk, explore and have fun “like we were kids”. She says being in lockdown and both temporarily out of work meant that they spent a lot of time together, and that their relationship felt on fast-forward.

But when restrictions lifted, Haymen’s romance changed, with the demands of real-life causing stress for them both.

“I felt very intimidated meeting all his friends,” she says. “It went from being in our own little private world to suddenly meeting five new faces per day. I would secretly wish I could run back home to the TV and sofa. I knew he felt the same, meeting my family one day and then coming to bottomless brunch with my friends the next. He looked deflated by the end, and we just found it all a lot.”

Haymen is one of many who found a fledgling relationship coming under strain after lockdown rules lifted, according to experts. Couples who had got to know each other in a bubble, free from the constraints and stresses of their pre-pandemic lives, struggled to adapt once conflicting social calendars and work schedules came into force, and previously hidden personality and situational differences began to emerge. And while some have battled through their differences to enter a new chapter of their relationship, others have found that their romance is better left back in lockdown.

Pandemic love stories blossomed in an undeniably unnatural environment. Free from the distractions of everyday life, couples were able to devote uninterrupted time to each other. Many of the factors present in pre-pandemic relationships, like social gatherings and family meet-ups, weren’t in play. But as couples have emerged from quarantine, these ingredients are getting added back into the mix – and, subsequently, some pairs have emerged from quarantine to find that the reality of their relationship can’t match up to the honeymoon period they first enjoyed.

“Many couples who met during the pandemic were blessed with what I and other relationship experts call the ‘couple bubble’, where they are able to have large amounts of protected one-on-one time without distractions from the outside world,” says Jessica Griffin, a clinical psychologist and relationship expert at UMass Memorial Health, Massachusetts, US. “For those who formed social ‘pods’ or ‘bubbles’, there was an opportunity to spend more time together. It also prevented outside influences – there were less opportunities to meet friends and family – or even other potential suitors.”

Jennifer Klesman, 36, fell victim to the ‘couple bubble’ when she first met someone on Bumble in September 2020. Klesman, who lives in Chicago, had heard from friends that quarantine relationships moved and matured at a more rapid rate, and so she embraced seeing her partner two or three times a week, meeting each other’s friends over FaceTime or Zoom and playing video games together. They even managed a few daytrips and a vacation to Mexico once restrictions eased. But things started to fall apart soon after that.

“Socialising went from zero to 100 very rapidly, and both of us were exhausted by it all,” she says.

She also realised that the pandemic had veiled some truths about her new partner from her, and that he wasn’t as independent and financially secure as she had initially thought. Being confined at home meant that usual measures of these traits weren’t as easy to spot. For instance, she had assumed that her boyfriend worked full-time with a flexible schedule, but later realised that he was only in part-time employment, a fact that she hadn’t picked up on due to him working remotely.

“Because we had the ability to work from home, I was able to assume that he worked more hours than he actually did,” she says.

She also realised that his living situation wasn’t quite as she expected. “I had thought that he had moved home with his mom due to the pandemic like a number of people had, but months later I learned that he had been there for five years and didn’t plan to move out,” she says. “The pandemic helped mask a lot of traits of his that I would otherwise have said no to.” 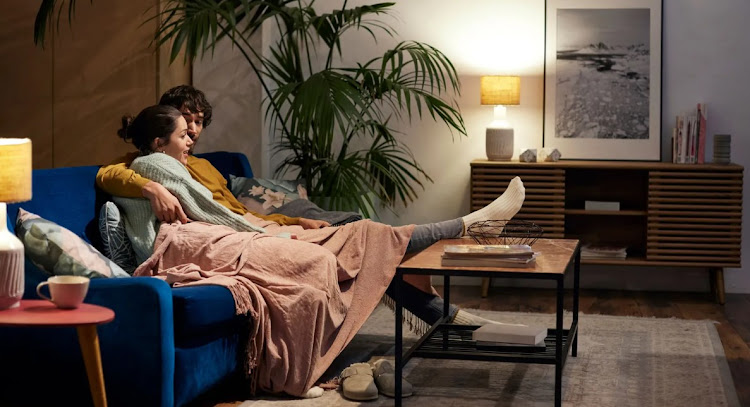 Before these revelations, Klesman had thought that she and her boyfriend might move in together, but she soon began to realise that he didn’t seem “all in”. Ultimately, the relationship broke down after 10 months. “I’m extremely grateful that he was around for the winter of 2020, because it was hard being in quarantine at the time,” she says. “But we weren’t in the same place in our lives.”

Griffin says this is a common pattern in lockdown relationships. The speed at which couples progressed during the pandemic means that many have emerged only to realise that they don’t know each other nearly as well as they thought. “These relationships were formed under stress and during a time when there was more incentive to couple up quickly,” she says. “As the world is opening back up, relationship experts are hearing more and more that couples are finding the transition back to normal a little bumpier than expected.”

The first few months of coupledom might have been a cinematic summer romance for Haymen, but post-lockdown, she found the logistics of a relationship that had to compete with work, family and friends tough. The return to the office – him five days a week, and her three – meant that they had much less time together, and entire weekends in each other’s company were swapped out for juggling competing social commitments.

Marisa T Cohen, a relationship scientist and psychology professor who works as a researcher at dating app Hily, says that this is a common conundrum for couples coming out of quarantine together.

“Priorities and needs may have shifted as things have opened up, and the demands on our time have changed,” she says. “While some couples can turn towards one another and navigate this together, for others this adjustment may lead to relationship difficulties. People are also facing new types of anxiety and stressors, such as returning to socialising or going back to the office. This can affect an individual, and the ways that partners support each other will determine how well they adapt and if they continue to stay together.”

For couples currently going through this transition, Cohen says there are practical steps that can be taken. “It’s important to have open and honest conversations about what you are experiencing and to articulate your needs,” she says. “For example, while some people might value getting back out and socialising, for others this might be too much stimulation after months of working from home. If it’s important for a person to have a quiet night in with their partner, that should be shared.”

Griffin adds that just because people’s couple bubbles are changing, this doesn’t mean that they have to end. “Couples can think of new ways to protect this bubble – through scheduled date nights, daily check-ins and routines together,” she says. “Couples who create rituals and routines are also creating psychological safety in their relationship. Having something predictable and consistent actually sends signals to the brain that you are safe – and that matters when it comes to relationships.”

Although Klesman’s lockdown love ultimately faltered, she has no hard feelings about her experience. While she says that, in hindsight, she might not have got together with her ex if it wasn’t for the pandemic, she adds that he was a good, kind person who has shown her what she needs in future relationships.

Meanwhile, Haymen and her partner have now worked out a schedule of seeing friends and family twice a week, and although she says that it’s been tough getting used to having “date nights” instead of stretches of uninterrupted time together, she remains “head over heels in love”. The pair are still going strong, and she’s glad that they worked through the problems that coming out of lockdown initially presented.

“Our relationship grew really strongly during the pandemic,” she says. “It was like we had the first year of our relationship within a month period, but now it feels more steady. Spending so much time together initially was a good test.”

Marinating adds flavour and creates the best steak ever.
Sasa
2 weeks ago

Plant-based means that you only focus on eating plant produce.
Sasa
2 weeks ago

YouTube to allow creators turn their videos into shorts

Users will also have the ability to add texts, filters and additional videos from their gallery.
Sasa
2 weeks ago

Denmark to give Kenya Sh2.4billion for primary healthcare

“We would be happy to encourage Danish companies to establish here." - Kagwe.
News
2 weeks ago
WATCH: The latest news from around the World
by BBC NEWS None
Lifestyle
02 August 2022 - 09:27