They love the sensationalism of bloggers unbound by media ethics 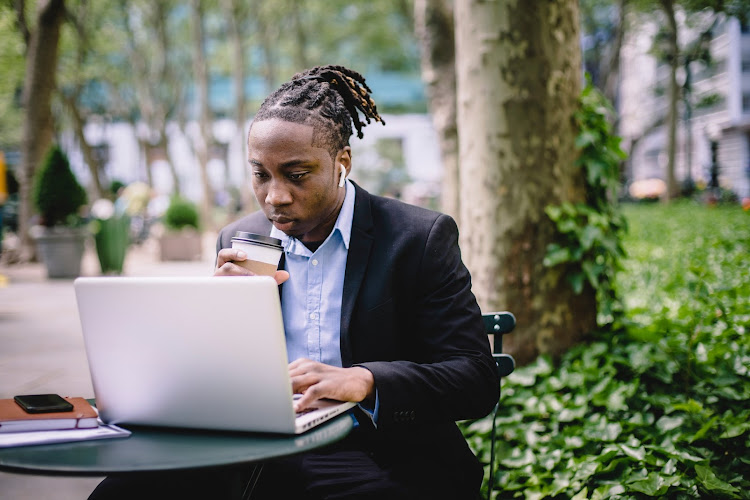 A man reads news on his computer
Image: PEXELS

A couple of weeks ago, social media was abuzz with the ‘wash wash’ story. The story was broken on social media by gossip blogger Edgar Obare. In his Instagram stories, Obare accused senior politicians and celebrities of being involved in a money-laundering scheme. Other online news sites picked up and circulated the story. The wash wash story trended on Twitter for several days as Kenyans engaged in the discussions resulting from the allegations. Some of the celebrities accused spoke out against the allegations made.

A few days later, Obare released a tearful video, accusing unnamed persons of intimidation by kidnapping his brother. According to his account, Obare accused the ominous “them” of unlawful kidnapping of his brother, who was roughed up after refusing to disclose Obare’s location. Whether the allegations made by Obare are true or not, one cannot deny that the blogger has managed to capture the country’s attention with his reports.

I cannot be certain of the truth in Obare’s accounts as he deals with gossip usually backed by proof that is sent to him in non-ethical ways, to say the least. My personal feelings about bloggers aside, I find that these days, gossip bloggers are gaining favour in society, especially when they drop a bombshell newsworthy story. Kenyans are losing interest and patience in professional journalists and news media and are shifting their attention to gutter presses, bloggers and gossip sites for their daily newsfeed.

As in any profession, the credibility of these news sites remains unverified. However, most Kenyans believe that since these news sites have nothing to lose, they are likely to publish what they believe is true regardless of where the truth lies. Bloggers and gutter presses do not operate within the laws and ethics of the media; their drive is simply backed by sensationalism. As such, these stories should often be taken with the grain of salt in which they are served.

For many years, we were convinced that journalism is dead. Journalism has not died yet, it has just switched models. The old model of news communication is being booted by the new and effective models that works much faster and at no cost. People are resorting to online spaces for current and interactive news items. The ‘old’ mainstream media has been outrun by the need for quick, timely and bite-sized news.

Kenyans are trusting bloggers more because of the age-old belief that the media are often biased and edit stories according to their political alliances. While all media should be free, fair and independent, most media houses are said to be politically aligned where the owner’s interests lie. With most Kenyan media being owned by the top political families, there is always an underlying air of distrust when it comes to political coverage by the said media.

Journalists and news reporters of today seem less robust in their work. Gone are the days when people would congregate in front of shops to watch news headlines and exclusive exposés. Gone are the journalists of yester years who dared to publish and be damned. Now, the only thing journalists seem to be doing is publishing sensational news items, gain some attention before dropping the story and moving on to the next.

Journalism has turned into a pseudo celebrity career of sorts. There seems to be a vicious cycle and recycle of journalists over the years. Once they gain fame from breaking the silence on a groundbreaking exposés, they would sooner turn in their pen and paper for a much more lucrative career. We have seen many great journalists and reporters who would later sell their principles to advance their careers or personal goals.

As such, the journalistic integrity and trust is slowly fading away to be replaced by sensationalistic news that seeks to compete with the online platforms. Perhaps the demand for sensationalism is higher as Kenyans seem tired of being fed the same old news. Given the choice, most of us would rather chew on a potentially damaging piece of gossip and later tear each other apart on the comment section.