Looking back through time: The evolution of HIV control

More than 300,000 Kenyans who are HIV infected do not know their status

• The good news is that HIV cure research is accelerating rapidly and we could come closer to it in the next decade.

• In Kenya alone and for the next 30 years, the approximately 1.2 million persons on HIV treatment will require more than 2 trillion United States dollars to maintain their quality of life. 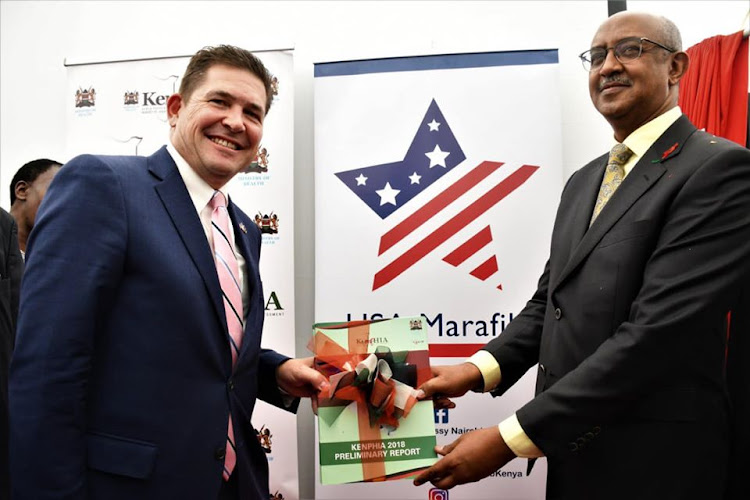 Following the unveiling of the Kenya Population HIV Impact Assessment results last week, I could not help but reminisce how far we have come from on HIV prevention and control.

Having had the privilege of working on HIV my entire professional life, I can confidently say we are on the cusp of a major breakthrough regarding this pandemic. To witness an 80 per cent reduction in new infections and near-universal access to treatment may sound banal, but for those who have been in the trenches even earlier than me, it is a real feat.

I remember going to New York in 2003 to present Kenya’s progress on providing antiretrovirals to Kenyans. At that time, we had only 10,000 people on treatment, but the meeting was wowed by this achievement.

Remember this was shortly after someone famously remarked that since Africans didn’t have watches, they couldn’t know when to take their ARVs.

But look at us now! One million-plus people on treatment and counting! For this, credit goes to efforts by international actors, such as Pepfar and the Global Fund, and our own Ministry of Health and community activists.

Our adoption and scale-up of male circumcision for HIV prevention since the year 2008 is also notable. At the time when other countries were dithering, we promptly realised the tremendous opportunity that male circumcision — the male vaccine — provided, and when the history of HIV is written, the Tom Mboya College declaration in Kisumu in September 2008, led by Rtd Hon Prime Minister Raila Odinga, will certainly occupy a chapter.

After surmounting initial challenges with acceptance, we quickly mobilised technical teams to expand one of the largest surgical interventions of our time, and as we speak, close to a million men, especially in western Kenya, have received this life-saving intervention. I can without a shadow of doubt attribute part of the decline in the number of new HIV infections to this intervention. 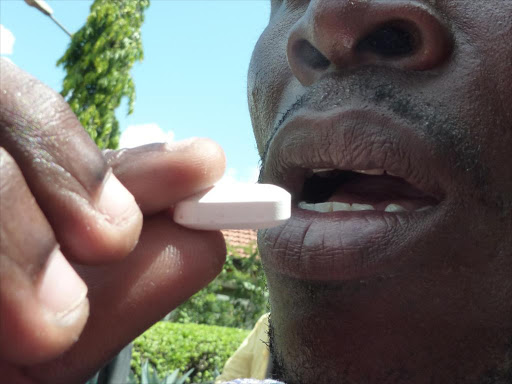 A patient with HIV takes an ARV tablet to boost immunity. /FILE

But the journey towards the elimination of HIV has not been easy. At times, we had to deal with bureaucratic procrastination as scientific evidence, though available, would take time to trickle down from the normative UN agencies through government systems and eventually to implementers.

This implementation gap, though not unique to Kenya, definitely cost us time, money and lives. A glaring example is the global hesitancy to make HIV testing more available. At the turn of the century, we started rolling out HIV testing under the banner of Voluntary Counselling and Testing.

At the time, especially in the early 2000s, Kenya was embroiled in the debate on the right for one to know or not to know their HIV status. On one end were people who discouraged people to test on the pretext that knowing one’s HIV positive status at that time was psychologically harmful, would break families and lead to increased stigma.

On the other hand were hardcore public health practitioners, who advocated draconian measures akin to what the Chinese are doing in Wuhan to contain the Corona Virus.

In the midst of these, the moderates, I being one of them, lost. And when we did our HIV survey in 2007, only 16 per cent of HIV-infected persons knew their HIV status, which was atrocious.

Elizabeth Marum, one of the early HIV testing advocates and thought leaders, quoted a local chief in one of the Pepfar-supported countries way back in 2012 saying, “What took you so long to come here and serve our people?”

This was a realisation that communities already saw the benefits of testing, but bottlenecks placed by programme managers were the real reason behind the tardiness to expand testing opportunities. Only then did we wake up from our inaction and implemented rights-based approaches to HIV testing to make it more available. 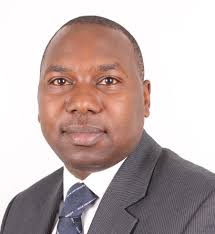 As such, HIV testing became a standard of care on all our health facilities. We started going to people’s homes to test and conducted outreaches even in remote areas. In retrospect, that paid off.

Looking back again, two other events shaped the trajectory of the HIV epidemic in a negative way. One was the delay in adopting ARVs as a way of preventing infections, and the other was the long-drawn scientific debates on the benefits of male circumcision.

Although it was scientifically plausible that ARVs, by virtue of reducing viral load, would make onward transmissions less likely, it took time — up till 2012 — for definitive studies to be conducted to prove the point. Before these studies, ARVS were prescribed for the health of the individual and not for preventing infections in the general population.

As such, we suffered policy miscalculations and we moved from starting people on ARVS when their CD4 count was as low as 200, then we moved to 350, then to 500 within a span of a decade before we made the bold move of initiating treatment immediately upon diagnosis. As such, we may have lost a decade-worth of prevention.

As a global community, we may never know how many people we unintentionally infected as a result of delaying treatment.

As much as we knew decades in advance from previous studies that male circumcision was protective, again it only took until 2006/7, after results from randomised controlled studies were published, for the world to accept it as a life-saving intervention.

Even then, we debated on the best approach to provide it to priority populations, and two decades of inaction may well have gone by, therefore losing the opportunity to save lives. As we plan the next decade of HIV elimination, the global community should use these two examples as how not to do business!

The next decade, though, will present new, though not unexpected, challenges. It will be the headache of all governments in the world to keep the 38 million HIV infected persons alive, and that will come with an astronomic cost. In Kenya alone and for the next 30 years, the approximately 1.2 million persons on HIV treatment will require more than $2 trillion (Sh200 trillion) to maintain their quality of life.

This is not only their right but is essential to maintain the lid on new HIV infections. We, therefore, need a new paradigm shift, given that resources are not only finite but may decline considerably. We have an obligation, therefore, to bring all our political and diplomatic might to look for an HIV cure.

The good news is that HIV cure research is accelerating rapidly, and we could come closer to it in the next decade. An HIV cure, though initially expensive, will potentially free up resources to other sectors in health and meet our long-held aspiration of an HIV-free global community.

Even as we move closer to an HIV cure, we still have some unfinished business in finding the more than 300,000 Kenyans who are HIV infected but do not know they are. I was privileged to have led a team that came up with a new approach for plugging the gap in HIV testing, especially among men.

This approach, which actively looks for sex partners of HIV infected persons and gets them to test together, is the last frontier in HIV testing and will go right to the heart of the HIV epidemic. We also have a long way to accelerate research and application of innovative approaches, such as long-acting pre-exposure prophylaxis and the HIV vaccine.

We can only hope that when these new approaches are ready for prime time, we shall avoid the hesitancy that heralded HIV testing and treatment in the past.

Aids is not over yet, but for the first time in a long while, we can now truly believe in the beauty of our dreams! HIV epidemic control, the collective aspiration for this generation, is nigh.

The last four have the highest adult HIV prevalence with Homa bay leading with 19.6 per cent

The 2019 scorecard shows most men targeted for medical male circumcision in Kenya, have been cut