Family secrets can only be hidden for so long 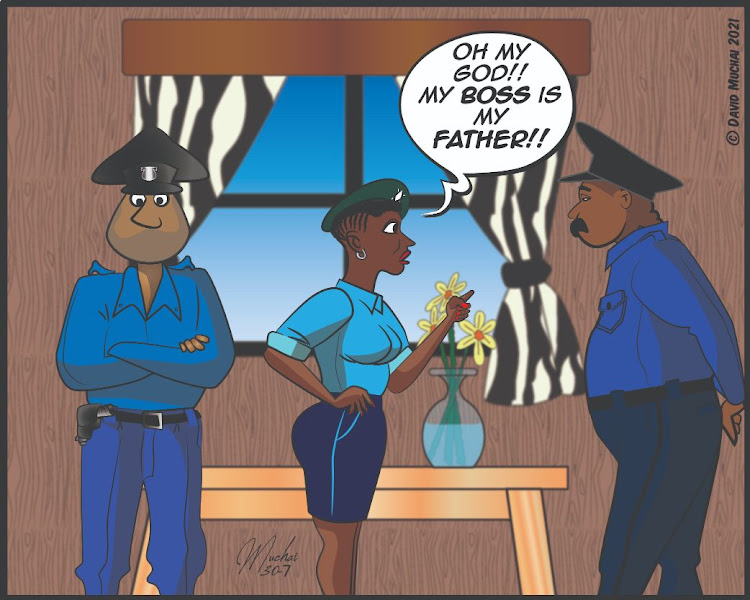 Sophia and I are at Kipipiri, attending Mrs Tembo’s funeral, the wife of our boss Inspector Tembo. The burial might be over for now, but it will remain in the minds of many Kipipirians as the funeral in which the deceased’s ghost showed up.

Of course, it wasn’t a ghost. Mrs Tembo had a hitherto unknown twin sister, Sheniqua, who lived in the US.

“When my American parents adopted me,” Sheniqua says, “they told me nothing about a family in Kenya. Did my sister have any siblings?”

Inspector Tembo is having a hard time deciphering Sheniqua’s accent. “What is she saying?”

“Oh, siblings!” he says. “I thought she said she blinks and I was like, who doesn’t, right? My Margaret had three brothers, but they all took off when you showed.”

Some of the scared mourners have returned, mostly to save face, I guess. Others were too chicken to show their faces. Among those back is retired Superintendent of Police Beatrice Kali, my colleague Sgt Sophia’s mother.

Sophia turns to her. “Talking of parents, you’re yet to tell me who my father is.”

Mrs Kali whispers, “Sophia, do you think this is the right time or place to bring this up?”

“As a matter of fact, Betty, I think this is the perfect time.”

My eyes almost pop out of their sockets and my hand flies to my mouth. “You call your mother Betty? My mother would kill me, then beat my dead body some more.”

Mrs Kali plants her arms akimbo. “Sophia Marion. Kali. I shall not tolerate such impudence in front of company.”

“You never told me the truth either. Do you know how many men I’ve questioned in search of my father?”

“What does it matter? I made you what you are. All by myself.”

“You never gave him the chance to be there. If you had told him you were pregnant after tricking him into sex, who knows, perhaps he’d have wanted to be in my life.”

“Sophia,” I say, “your mother is right. Maybe this should—”

“Stay out of this, Makini. You know nothing about living your whole life with no other family but a mother like her.”

“Sophia, please.” Beatrice walks to her daughter. Sophia shies away. “Can we talk about this elsewhere?”

“And now I’m asking you to help me. Remember that night I made you spaghetti?”

“Yes. It was delicious, but I don’t see what it has to do with—”

“Remember you asked if I could be the dessert?”

“I was only joking.”

“You’ll have all the dessert you want once we go back home.”

Words cannot tumble out of my mouth fast enough. “Inspector Tembo, 26 years ago you were in Naivasha for a police conference. A Superintendent got you so drunk that the following day you woke up naked in her bed.”

Tembo shoots to his feet. “Sgt Makini! I told you that in confidence. Why would you spill it?”

“Mrs Kali is a Superintendent, sir.”

“So what?” Then, it hits him. He turns to Sophia’s mother. “You! No wonder you look familiar.”

Mrs Kali shakes her head. “It can’t be you. He had a mole on his left hip.”

Slowly Tembo lifts up his shirt. On his left hip is a small black mole.