• Through their Inter-religious council, clerics said too many politicians ignore real problems, insult rivals and buy youths with cheap liquor. 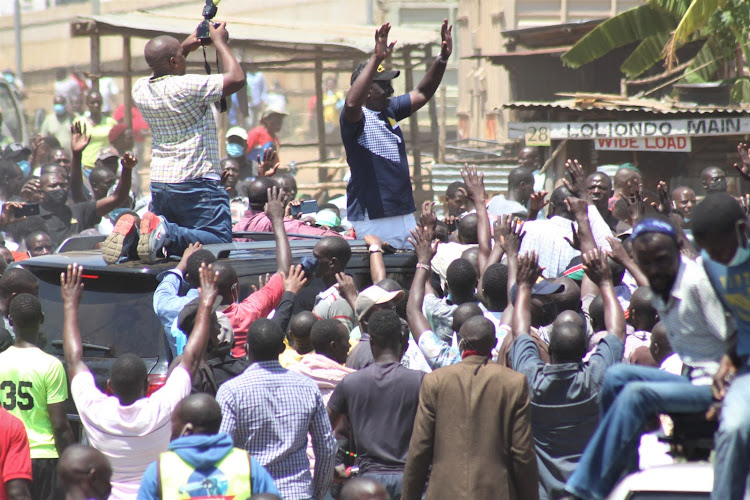 Laikipia religious leaders have urged voters to scrutinise politicians for integrity and never elect anyone with dubious ethics.

At a press briefing in Nanyuki town, they said some politicians resort to insulting their rivals and buying youths cheap liquor to cheer them at rallies, instead of selling their ideas and agendas.

Bishop Francis Maina of Gospel Outreach Church said the politicians were not addressing infrastructure problems, such as poor road networks, lack of medical specialists and drugs in public hospitals.

“We have major problems affecting our people that need to be addressed. Sick people are seeking treatment in health facilities outside Laikipia, which is not good," Maina said.

He urged everyone to avoid hate speech and inciting statements that would lead the country into turmoil, saying they should tolerate each other.

Bishop Raphael Mwiti noted insecurity caused by illegal firearms was rampant in some parts of Laikipia, Baringo, Isiolo and Marsabit.

"We urge the national government to look into this and possibly carry out disarmament. This country is ours and we have nowhere else to go,” Mwiti said.

He said the government should ensure firearms are used by licensed people and and only for protection and hunting game.

Kamiru said women face a lot of violence, especially during electioneering. She urged courts to handle such cases as swiftly as possible.

“If you look at places such as Ol Moran, which has been classified as a disturbed area by the Interior ministry,  women are at risk of violence and need protection," Kamiru said.

Your time is up, Ruto tells inciters

Says any leader worthy of leadership should not incite voters.
News
8 months ago

“If we don’t give them visas, then they will behave."
News
1 year ago

Politicians urged not to incite residents as politics hots up in the country.
News
10 months ago
by ELIUD WAITHAKA
R.Valley - Page 30
23 December 2021 - 22:00