Chinese audiences were thrilled to see another mega project born out of cooperation between the two countries.

• The first batch of Kenyan fresh avocados have lately been exported to China and served at Chinese people’s dining tables.

• If you look at the whole Africa, you will find the above projects are just a small part of a big picture of cooperation between China and the continent. 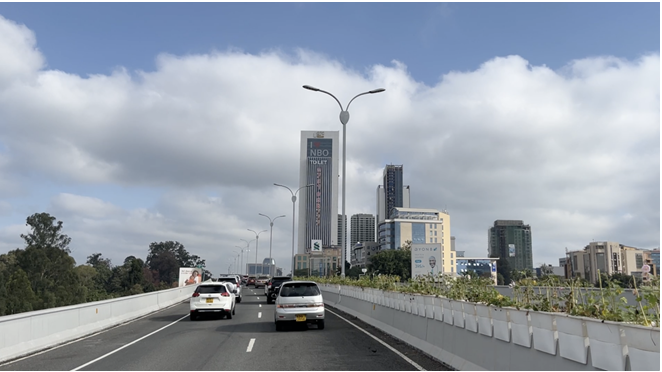 Cars running on Nairobi Expressway on the first day of trial operation in Nairobi, Kenya, May 14, 2022.
Image: ZHAO QIAN

Before I first came to Kenya in December 2021, frankly speaking, I had only expected vast grasslands and the “Big Five”.

But after I landed at JKIA, I was amazed to see the Nairobi Expressway under construction on my way to downtown Nairobi.

Five months later, the expressway was opened for trial operation. I made a TV report about my experience of the modern road. My report went viral in China in no time.

Chinese audiences were thrilled to see another mega project born out of cooperation between the two countries. And when I interviewed Nairobi residents about their feelings about the road, I could literally see the pride in their eyes.

The Nairobi Expressway, which took Chinese and Kenyan engineers and workers just 18 months to complete under the pressure of Covid-19, is the first public-private-partnership (PPP) project in Kenya, but I can say it won’t be the last.

During the past decade, China-Kenya cooperation has brought about many changes in people’s lives.

The Mombasa-Nairobi SGR has been safely operated for 5 years, transporting over eight million passengers and over 1.8 million TEUs; the GTC is now the tallest building standing in East Africa; the New Kipevu Oil Terminal has been put into trial operation. It’s not just infrastructure.

The first batch of Kenyan fresh avocados has lately been exported to China and served at Chinese people’s dining tables.

If you look at the whole of Africa, you will find the above projects are just a small part of the big picture of cooperation between China and the continent.

To date, Chinese companies have helped African countries build and upgrade over 10,000 kilometres of railway, around 100,000 kilometres of highway, 1,000 bridges, 100 ports, and many large-scale power plants, hospitals and schools. 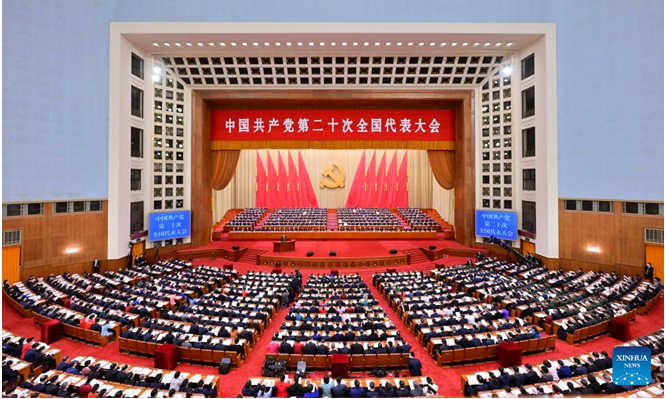 The 20th National Congress of the Communist Party of China (CPC) opens at the Great Hall of the People in Beijing, China, October 16, 2022.
Image: XINHUA

On October 16, the day the 20th National Congress of the Communist Party of China opened, Chinese President Xi Jinping delivered a CPC report saying China has always been committed to its foreign policy goals of upholding world peace and promoting common development.

He said the country is dedicated to promoting a human community with a shared future.

China is committed to its fundamental national policy of opening up to the outside world and pursues a mutually beneficial strategy of opening up.

It strives to create new opportunities for the world with its own development and to contribute its share to building an open global economy that delivers greater benefits to all people.

This is how we did and also what we will stick to in the future when we walk together with our African brothers and sisters towards the future.

China is walking on a model of modernization that has not been seen before. In the report, Xi reaffirmed that Chinese modernization is the socialist modernization pursued under the leadership of the CPC.

Chinese modernization is the modernization of a huge population, of common prosperity for all, of material and cultural-ethical advancement, of harmony between humanity and nature and of peaceful development, he stressed, adding that it offers humanity "a new choice" for achieving modernization.

I have chatted with quite a number of my African media counterparts these days.

They expressed their belief that Chinese modernization can be globally beneficial, especially for developing countries. I don’t think this is adulation.

As a collaborative endeavour, the Belt and Road Initiative (BRI) has been welcomed by participating countries as a public good and a cooperation platform.

By the end of July 2022, 52 of the 53 African countries that have established diplomatic relations with China, as well as the African Union Commission, had signed BRI cooperation agreements with China, making Africa one of the most important players in the Belt and Road framework.

China has become the second largest economy with its GDP accounting for 18.5% of the world economy, and it has lifted 98.99 million rural residents out of poverty.

If you ask the Chinese, what is the secret of China’s development miracles? I think the majority will attribute it to the leadership of the CPC in identifying the needs of the people, deciding on the development path that suits Chinese conditions, formulating effective policies, and mobilizing the nation to achieve set targets.

The world has once again reached a crossroads in history. Only when all countries pursue the cause of the common good, live in harmony and engage in cooperation for mutual benefit, will there be sustained prosperity and guaranteed security.

China has accelerated its pace towards national rejuvenation, and I believe that the momentum will present new opportunities for the exuberant Africa which I call “nyumba yangu ya pili.”

(Ms. Zhao Qian is a Chinese journalist based in Nairobi)

Inside Murkomen's grand plans for roads, airports and railways

Kenya has not defaulted on Chinese SGR loan - Ukur Yatani

He says Kenya's financial position is sound and robust.
News
1 month ago
Post a comment
WATCH: The latest videos from the Star
by ZHAO QIAN
Star Blogs
21 October 2022 - 11:55
Read The E-Paper