What is required is a long term project or investment that will solve this problem once and for all.

• In recent years,  the government has been giving relief food to those areas affected in a way to save them from hunger. This is not a long lasting solution.

• The Ministry of Agriculture has been advising people to grow crops that require less time to mature or those that can survive with less rains. 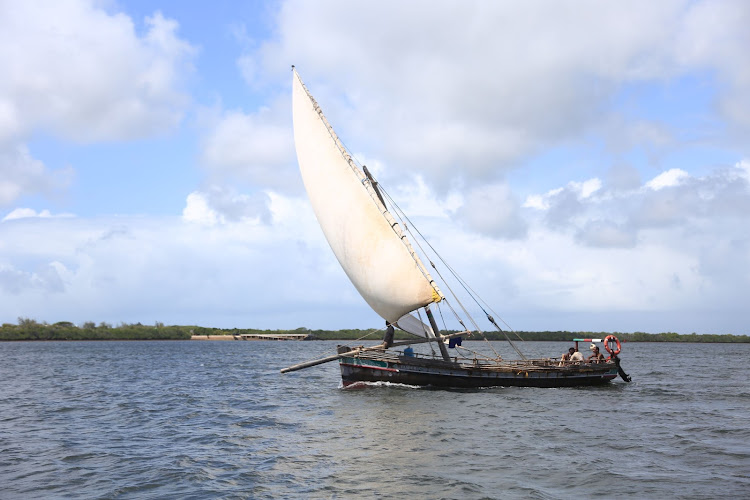 NATURAL RESOURCE A boat sails through the Indian Ocean waters in Lamu. The government has announced plans to put up a desalination plant at the Lamu port.
Image: JOHN CHESOLI

Due to climate change and destruction of environment, drought conditions have worsened over the years worldwide.

It is a shame that since Independence, Kenyan governments have been talking about drought and ways on how to curb it without a solution.  Drought is among national disasters but no crucial measures  have been set aside to stop or make the condition better.

In recent years,  the government has been giving relief food to those areas affected in a way to save them from hunger. This is a good move but not a long lasting solution.The Ministry of Agriculture has been advising people to grow crops that require less time to mature or those that can survive with less rains.

If this move can be adapted, it could save the country from recording recurring hunger cases. Nonetheless, this measure is only applicable in those areas that receive rains frequently. I regions such as Northeastern and Coastal Kenya, which go for years without rains, this won't work. For example, it is reported that they have not received rains for the last three to four seasons, which has resulted in drought conditions worsening.

What is required is a long term project or investment that will solve this problem once and for all. Kenya is a blessed country with many lakes and even boarders the Indian Ocean. This water can be utilised for agricultural use through irrigation. The lakes and the ocean do not require any more water thus using the water for irrigation will not deplete the water.

Water from those salty lakes should be desalinated through removing the pure water molecules and making it safe for use. The Indian Ocean does not require anymore water therefore the rivers that feed the ocean should be directed to people's lands through canals for agricultural use.

This will benefit majorly the lower eastern and coastal regions of the country. For the Northeastern parts, the saline water from the ocean should be desalinated and transported through piping method from the ocean or desalination station to the lands in the northern Kenya.

In the case of northern Kenya that do not have many lakes the desalinated water from the coast should be transported through pipes just like it is the case of petroleum. The government should not only tell people to use irrigation for food production but also should explore ways in which this irrigation can be made possible from the available water from the lakes and the ocean.

Through the desalination process with the intention of using the water for irrigation the desalinated water also be used for drinking at home and also feeding the animals. With such a move every household will be connected to clean water, which will be an achievement in ensuring every household has clean drinking water.

This method of farming has been adapted in countries from northern Africa such as Egypt, Tunisia and Algeria just to name a few and other countries all over the globe. For example, in the Bay Lagoon in Philippines,the main challenge for agriculture is the salinity of water which exceeds 2g/L. With the establishment of desalination plant for irrigation,this has enabled the increase of agricultural production for the water supply of 30,000 ha.

Algeria that boarders the Mediterranean sea, desalination is considered by experts as the only solution present to avoid a future water shortage. Serious efforts have been made to develop additional water sources from desalination and the country has about 15 desalination stations.

Though this process is expensive the government should try as much as possible to invest in desalinated sea water agriculture that will enhance irrigation in the dry areas.

The Ministry of Agriculture should invest saline agriculture.