MURUMBA: Informal sector needs recognition for its skills, not tokenism

• According to the Economic Survey, the informal sector generated 762,800 new jobs in 2019, underlining its significance to job creation and economic growth.

• However, in spite of the valuable role the informal sector plays in the economy, it is disadvantaged in many ways. 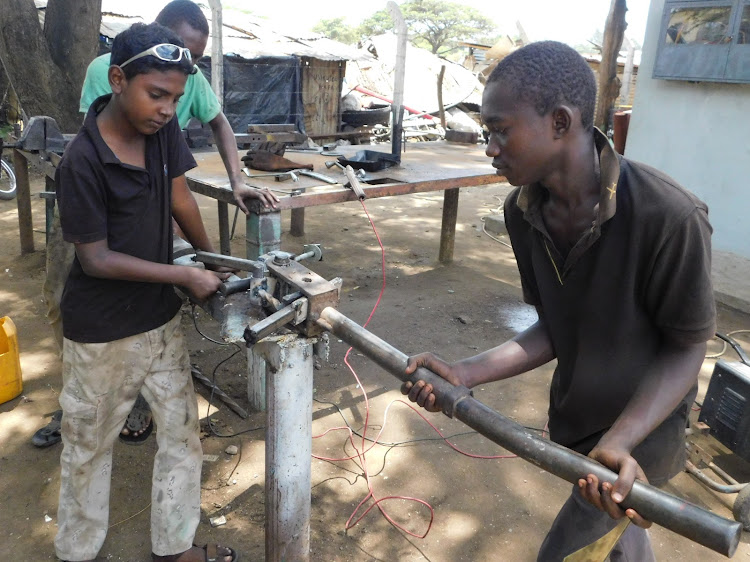 The informal sector in Kenya, commonly known as Jua Kali, accounts for over 80 per cent of employment in the country, according to the Kenya National Bureau of Statistics.

The sector is large and growing since the livelihood of many poor Kenyans depends on informal economic activity.

According to the Economic Survey, the informal sector generated 762,800 new jobs in 2019, underlining its significance to job creation and economic growth.

Moreover, shrinking employment opportunities in the formal sector are driving the expansion of the informal economy in Kenya.

There are an estimated five million such enterprises in Kenya employing about 12 million people.

However, in spite of the valuable role the informal sector plays in the economy, it is disadvantaged in many ways.

For example, due to its informal nature, it lacks access to capital and product markets.

Most critically, the sector players lack recognition for their skills considering many have trained informally.

This has tended to lock out many of them from accessing local and international tenders, contracts and other economic opportunities.

This has been attributed to the lack of a policy that formalizes skills and learning acquired through informal training and experience.

Fortunately, following a presidential directive, the Kenya National Qualifications Authority(KNQA) through the Ministry of Education is now fast-tracking a policy framework for comprehensive recognition of prior learning (RPL).

This is not only timely but also geared towards uplifting the economic fortunes of millions of our people who depend on the informal sector for their livelihoods.

Recognition of prior learning is a process where people’s prior learning or experience is recognized regardless of where or how the learning was attained. RPL emphasizes the value of informal learning and skills acquisition.

Many Kenyans have acquired hands-on skills without formal training as masons, plumbers, electricians, mechanics and other blue-collar jobs.

As part of the RPL program, they will now be able to acquire higher academic certifications to enable them to become more competitive in the market.

This will in turn open up opportunities for them to play a bigger role in the economy.

In 2019, the Ministry of Labor launched the Informal Sector Skills and Occupations Survey aimed at obtaining data on the skills and occupations common in the jua kali industry.

This would help improve policy formulation for the sector and identify employment opportunities for the youth.

The report identifies inadequate capital and getting markets as the main constraints facing informal sector players in the country.

This can be partly linked to formal non-recognition of their skills as many lack certificates. While it is true that many well-educated Kenyans operate in jua kali owing to a lack of jobs in the formal sector, the majority of people in the informal sector do not possess formal professional training.

So that even as the government invests heavily in technical and vocational training institutions, mainstreaming prior learning is crucial to empowering especially our youth, who dropped out of school and ventured into the informal sector, and have now acquired valuable skills they can put to meaningful use in the economy.

In short, our jua kali sector requires such tangible programs to improve its competitiveness and generate real economic opportunities for our people, as opposed to political gimmicks disguised as empowerment programs whose sole aim is to secure the votes of the poor Kenyans who form the bulk of the informal sector.

The other issue that KNQA needs to accelerate is weeding out fake degree certificates and other bogus qualifications in the local job market including the public service.

This has been a big problem in the past with negative consequences for the economy. Last month, KNQA vowed to restore sanity in the education sector by weeding out the culprits.

It is estimated that 30 per cent of all qualifications in Kenya are fake or fraudulent pointing at the enormity of the problem.

Recently, one of the candidates in the ongoing process of recruiting commissioners to the Independent Elections and Boundaries Commission (IEBC) was caught red-handed with a falsified degree certificate.

If people with false academic papers can apply for such sensitive jobs, pray how many more are lurking in our public institutions claiming to have qualifications they do not possess?

It is even worse when such people are in positions of power and making decisions affecting millions of Kenyans.

This has been confirmed by the number of cases involving politicians implicated in forging academic papers to secure clearance to vie for elective office, and also senior officials in parastatals found by courts to have illegally drawn salaries from State coffers based on fraudulent qualifications.

As we recognize prior learning in our informal sector, let us also end the culture of dishonesty where people with fake qualifications find their way into positions and jobs they don’t deserve thus denying employment opportunities to other deserving Kenyans.