UK should announce when travel ban against Kenya will be lifted

• If Kenya is allowed to languish on the red list, there will be no hope for tourists from the UK

•  The utter frustration for many thousands of Kenyans living or working in the UK who need the freedom to travel, will continue 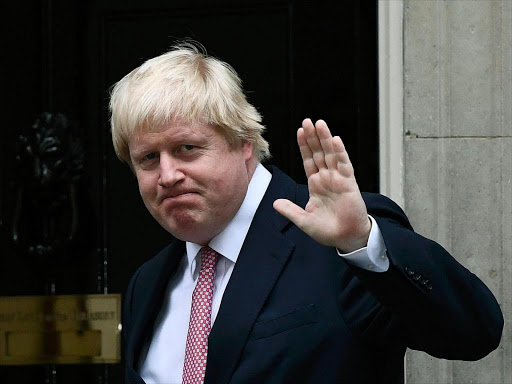 I share with Kenyans, not least the members of our society, a sense of deep frustration over the apparently arbitrary placing of Kenya on the ‘red list’ of countries whose citizens are banned from entering the UK.

The government of Kenya has expressed its own regret and disappointment in no uncertain terms and taken retaliatory action.

For a start, it would be fair to be given the reasons for the British government’s decision as, from a distance, Kenya seems to be taking the right steps to control the spread of the virus. This has been recognised by the WHO. Furthermore, there has been a renewed focus from the UK government in its relations with Africa – not least the new economic partnership agreement between Kenya and the UK to which the Kenya government gave staunch support in the teeth of quite strong domestic opposition.

Yet, of the 40 countries now on the red list, 18 are from Africa, the continent with the least infections and fatalities. Africa and Kenya, therefore, appear to be right in crying discrimination, not least in view of the meager rations of vaccinations handed out in comparison with the roll out in the UK, which seems swamped with vaccination opportunities for its citizens.  Africa, however, is at the end of the international queue – as usual.

In this context, it might be worth looking at the figures. According to the published data, slightly over 2,600 have died as a result of the pandemic in Kenya. The figure for the UK is a staggering 127,000, among the highest per population in the world. This perhaps underlines the nervousness in the UK of a possible ‘third wave’ of infection and the political consequences that would follow for the Boris Johnson government.

So what must Kenya do to be removed from the red list?

Of the EAC countries, only Uganda is not on the list. So what is it doing right?  Next month, new guidelines opening up limited travel for tourists will be announced. At the moment I, as a British citizen, am actually breaking the law of the land if I try to go to Kenya for tourism reasons. And, as we all know, tourism is a critical industry for Kenya.

But if Kenya is allowed to languish on the red list, there will be no hope for tourists from the UK – who will have to quarantine for 10 days in a hotel at their expense on their return.  And, in the meantime, the utter frustration for many thousands of Kenyans living or working in the UK who need the freedom to travel, will continue – not least for the many students planning to travel home for the Summer whose flights may be disrupted.

In view of what is at stake for so many – would it be possible for the British government to at least give an indication on when the restrictions, and Kenya’s place on the infamous red list, will be lifted?  Kenya, as one of the UK’s closest friends in Africa, deserves no less.

Patrick Orr is the chairman of Kenya Society UK and Ex.Chair of Raitt Orr & Associates

The counties have imposed travel bans on each other, Kenya retaliating for the UK's Covid ban.
News
9 months ago

Ban and subsequent tit-for-tat have a great impact on tourism, business, travel and the security treaties.
Opinion
9 months ago
No Tom and Jerry games with the police in the UK
by PATRICK ORR
Star Blogs
26 April 2021 - 05:00