Party primaries must respect people’s will 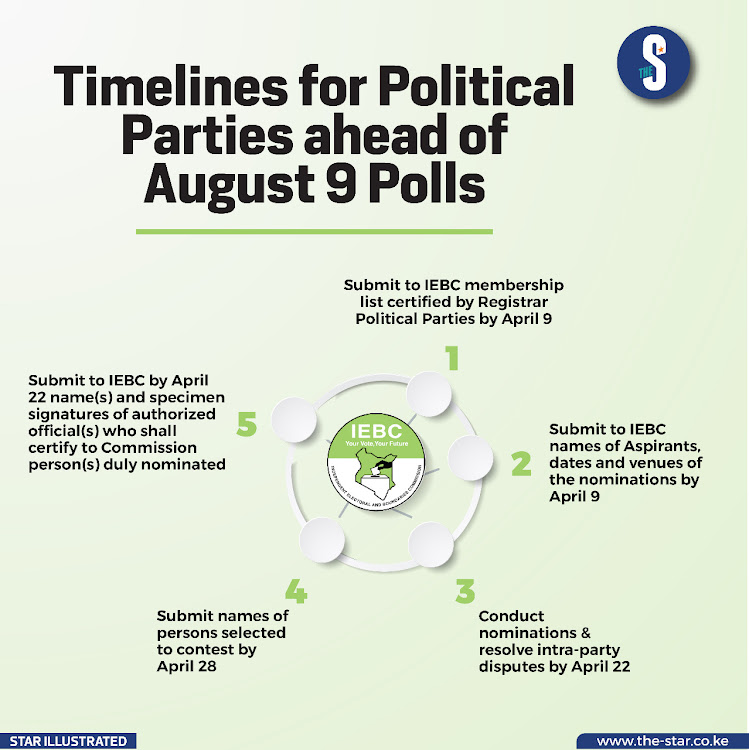 Timelines for political parties ahead of the August 9 polls

Today, Deputy President William Ruto’s new party will conduct its nominations for the first time. The exercise has drawn a lot of interest.

President Uhuru Kenyatta’s party is also scheduled to hold its primaries in the next few days.

While all three parties have issued direct tickets to some members, others have been using consensus to pick candidates for the August 9 election.

In modern democracy, party primaries have become a consequential part of the election process.

Without political parties, electors would have to individually evaluate every candidate in every election. But political parties enable electors to make judgments about just a few groups and then apply their judgment of the party to all the candidates affiliated with that group.

It is therefore important that all parties undertake free and fair nominations because doing so will ensure democracy thrives and the will of the people is respected.

The parties should also ensure they have a credible dispute resolution system that will dispense with grievances that will emerge within the shortest time possible.

Quote of the Day: “Equality may be a fiction but nonetheless one must accept it as a governing principle.”

The Indian jurist and economist was born on April 14, 1891

Okanda says he is worried because the party has yet to update him about the nominations.
Nyanza - Page 29
1 month ago