Kenya and Tanzania need each other 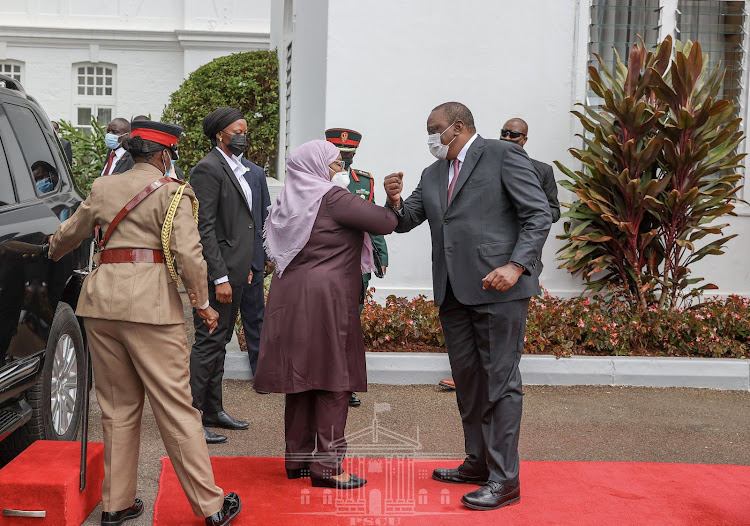 The visit came at a time when the relationship between the two countries was strained mainly because of suspicion and lack of political goodwill.

Suluhu however seems to have struck the right chord with Kenya's President Uhuru Kenyatta. The two should exploit the goodwill for the benefit of the citizens of the two countries.

Tanzania hosts 500 Kenyan investors and outside Africa, Kenya is its leading trade partner. Kenya on the other hand imports a lot of farm produce from Tanzania.

As President Suluhu rightly said, the two countries have communities that are cross-cutting among them Luo, Maasai, Kuria, Kamba, and the various coastal ethnic groups.

They have ties that bind beyond trade but this was shattered by the partitioning of East Africa by colonialists who imposed artificial boundaries.

Negative competition will not build the region, leaders must be ready to hold hand and walk the talk of building a strong regional bloc.

The European Union enjoys many trade and travel benefits because of operating as a bloc. The EAC must do all that is possible to benefit from its numbers and resources.

The Tanzanian President summed it up well by saying we should use the Uhuru (freedom) in Kenya and Suluhu (solutions) in Tanzania to grow the economies of the two countries.

Quote of the Day: "Problems are only opportunities in work clothes."

The American industrialist was born on May 9, 1882