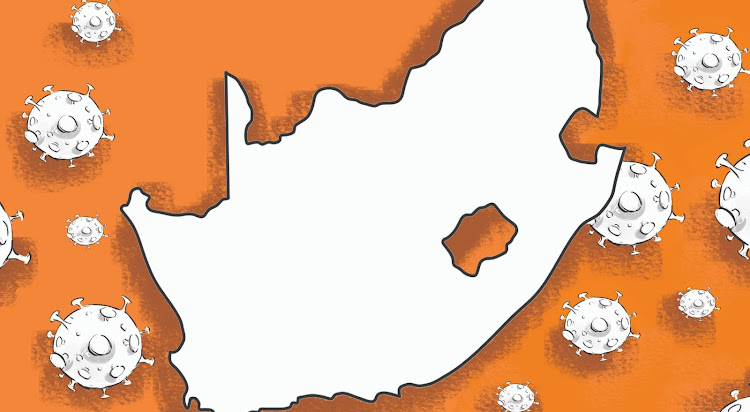 South Africa has the highest caseload of Covid-19 in Africa. The country’s government response, however, has stood out. Immediately after Covid-19 hit South Africa, government quickly adopted and leveraged its past experiences in handling diseases such as HIV-Aids. It also ramped up testing, including deploying mobile testing units across the country and mobilised health scientific community for policy guidance and research.

From the start, President Cyril Ramaphosa adopted a very robust, consistent and evidence-based integrated response. He has prioritised comprehensive measures to manage the spread of the disease, protect the people, and reduce the shock on communities and the economy.

After declaring the pandemic a national disaster in March 2020, Ramaphosa outlined detailed broad range of measures to mitigate the worst effects of the pandemic on businesses, communities and individuals. He also gave economic response aimed at stabilising the economy, addressing the extreme decline in supply and demand and protecting jobs.

The three areas of economic response focused on: redirecting resources to fund the health response to the coronavirus; providing direct support to households and individuals to stave off hunger and social distress; and providing assistance to companies in distress and seeking to protect jobs by supporting workers’ wages.

In February 2021, he announced a strategy aimed at driving the recovery of the economy as the country contained the virus and emerged from the pandemic. Central to the economic recovery strategy are measures to stimulate demand and supply, speedy implementation of reforms, and other steps that will ignite inclusive growth.

Government’s overall goal is to steadily increase economic activity while putting measures in place to reduce the transmission of the virus and provide adequate care for those who become infected and need treatment.

The government will source, distribute and oversee the rollout of the vaccine. All vaccines go through a rigorous comprehensive approval process by medical regulators to ensure they are safe and effective. Pharmaceutical companies hand over all laboratory studies and safety trials to validate that the vaccine does work.

With a new variant of the virus accounting for most of the new cases in South Africa, and with more than a third of all Covid-19 cases in Africa, government in February 2021 made vaccination a priority. The country began vaccination with the Oxford-AstraZeneca vaccine. However, the vaccine was suspended due to poor results caused by the new variant.

South Africa is now using the Johnson & Johnson vaccine, which is administered in a single dose. Pfizer has also committed 20 million vaccine doses, with deliveries expected at the end of the first quarter of this year. President Ramaphosa's government says South Africa has so far secured enough doses for the target population of 40 million. Government has firmly said it is selecting vaccines based on their safety and efficacy, ease of use, storage, distribution, supply sustainability and cost.

The government will source, distribute and oversee the rollout of the vaccine. All vaccines go through a rigorous comprehensive approval process by medical regulators to ensure they are safe and effective. Pharmaceutical companies hand over all laboratory studies and safety trials to validate that the vaccine does work.

South Africa National Treasury has committed to ensure that funding is not a constraint to accessing vaccines. Detailed budgetary allocations to procure Covid-19 vaccines was announced in the 2021 national budget. This is over and above funding arrangements that are being made in the current financial year for the purchase of the first order of vaccines, aimed initially at frontline workers.

Overall, funding will come from additional budgets, reprioritisation, revenue increases and potentially from partnerships with the private sector. Business and medical aid schemes have come forward to support government’s efforts.

South Africa has started manufacturing the Johnson & Johnson vaccine at the Aspen Pharmacare’s R3bn sterile facility in the Eastern Cape. At least half of the South African population will receive the vaccine. The first batch was to be made available by April and a further supply of 400 million doses, also manufactured at the Gqeberha facility, will be dispatched to African Union nations.

Some of the barriers to quickly ramping up production include inadequate incentives for investment, skills gaps, weak regulatory environments, and unknowns around long-term demand for Covid-19 vaccines.

The company aims to supply South Africa with 31 million doses of its vaccine.
News
2 weeks ago