Could this be our lost decade?

•Kenyans are working hard and are resilient knowing the health protocols will save lives and families from the serious covid illness spread.

•While navigating the new normal is to be celebrated, the negative impact of measures taken on the economy and the general well-being of Kenyans can never be understated. 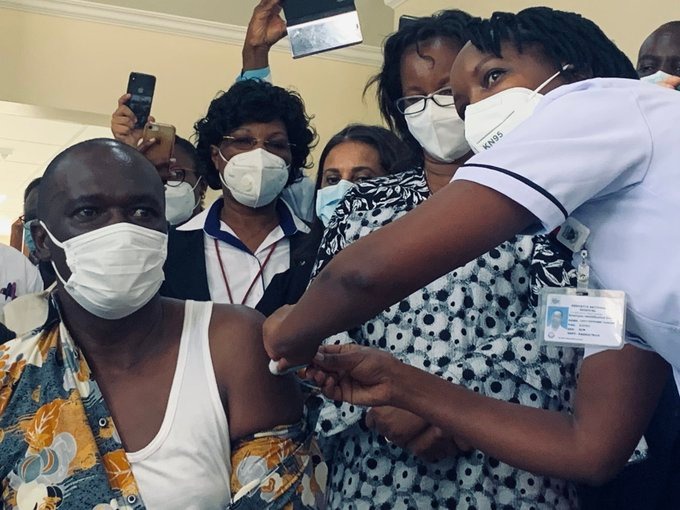 In the face of uncertainty, attention turns to seeking answers- a cure for ensuing volatility and chaos.

Today’s dilemma nevertheless has us churning out more questions than we can work out. The evolving Covid-19 pandemic, now in its third wave in Kenya has us reviewing history books for our lowest of lows.

The 1930’s great depression and the 2009 financial crisis is perhaps the closest we can come as a race to decipher the worst of the worst.

This past month, we Kenyans have been confronted with a bitter truth- when it rains it pours. A year since the start of the Covid-19 pandemic, the country appears stuck in the third gear is managing the crisis with the recent re-imposition of restrictions walking us back to square one.

The end of March marked a year since the country recorded its first-ever coronavirus case, a milestone subsequently marked by the imposing of the first-ever health-related lockdowns not just in Kenya but also in the rest of the world.

A year later Kenyans have learnt to navigate dusk to dawn curfew alongside other far-reaching restrictions such as inter-county travel restrictions and the closure of bars, restaurants and recreational & entertainment spots.

Kenyans are working hard and are resilient knowing the health protocols will save lives and families from the serious covid illness spread.

While navigating the new normal is to be celebrated, the negative impact of measures taken on the economy and the general well-being of Kenyans can never be understated. It is indeed a sad situation globally and governments, the private sector and international communities must find quick solutions to ease the pressures.

Growth between April and October remained in negative territory mirroring the devastation of the pandemic on commerce and enterprise following restrictions imposed to manage the health crisis.

In spite of various developments including the manufacture of feasible vaccines to cut off the crisis, the situation in Kenya has barely advanced 12-months later as citizens enter a fresh wave of restrictions.

However, the re-entry of tough measures is backed by the recent trend in infections which has seen new cases average to about 1000 a day with fatalities sticking to double digits.

The mutation of the virus which has ended in more infectious and deadlier variants has served to heighten the blow of the crisis as Covid-19 related hospitalizations soar and hospital spaces are depleted.

Many Kenyans have already swallowed the bitter pill as they spend hours on end chasing for a hospital bed for their affected kin and home care is a new trend to survive , if not health emerging business that is growing but also saving lives at homes across the world.

The near-term remains just as tough with the third wave of infections only predicted to flatten in mid-May or beyond, at the earliest.

Kenya is nevertheless not an isolated party in serving up tough new restrictions as the rest of the world is also pushed to re-imposing similar measures on the back of an escalating Covid-19 situation.

For instance, Germany imposed a new lockdown to act as a circuit breaker to resurging infections.

France is also in a three-week lockdown featuring tighter restrictions such as the suspension of in-person learning.

Back home, residents in five counties, Nairobi, Nakuru, Kiambu, Machakos and Kajiado have taken the brunt of new restrictions and their corresponding impact which largely composed of shattered livelihoods. More restrictions across the region may follow if the situation does not be controlled soon.

Hospitality and players in the entertainment have been hit the hardest with the operations of bars stopped while that of restaurants greatly reduced with only take-away services on offer. Even takeaway needs to be on the highest health protocols as there's no need to take unnecessary risks, but again take away business will thrive with the dynamic lifestyles and tastes of the communities .

Africa, a continent with so many trade opportunities, for the many nations, their economies are struggling to create many more new job opportunities, for its population long before the pandemic, and the re-introduction of tougher restrictions is expected to mark yet another devastating blow to incomes and drag the countries into depths of unemployment crisis.

Should new measures stretch beyond this month, the devastation is likely to be extended into the education sector which is already playing a calendar catch up after schools remain shut for most of 2020.

Across the continent, including Kenyans are walking into the new restrictions with barely much cushioning from the government with the State having exhausted the bulk of relief measures last year.

The National Treasury for instance reversed tax relief measures including a lower rate of income/residential tax and VAT at the start of 2021 leaving Kenyans exposed to a continued economic pandemonium.

Only Counties such as Machakos and Nakuru have moved to provide some sought of relief to its residents including relief on part of levies which fall due in April and May.

The government should consider revisiting and extending part of the relief measures to cover businesses and households from a third wave of devastation.

Nevertheless, inoculation holds the largest promise of near-term relief on not just the health sector but also the economy.

Hopefully, Kenya as a country should vaccinate everyone, so far only half the first planned jabs have been done, amidst ongoing challenges including logistical hitches and vaccine apathy. A more robust program needs to be rolled out and a wider Nation program to allow people to keep safe healthy and get Kenya moving in a very challenging period.

Vaccinating part of citizens and the attainment of herd immunity could well be defining of how fast individual economies can pull themselves back into some sought of normalcy.

The developed world has for instance pushed to vaccinate the majority of its adult population to anchor the eventual re-opening of different economic segments.

Just like in mature economies, Kenya and its developing peers should push to access more jabs to include private purchase agreements with manufacturers. However, the government is managing the situation and the citizens well being and good health is critical .

Kenya’s vaccination efforts have so far been concentrated on the COVAX program limiting its ability to timely access jabs for its population.

The scaling up of local vaccination will likely negate the need for future lockdowns as a measure to contain a rise in new infections, anchoring down a rebound in economic growth.

Continued disruptions to commerce and enterprise will only serve to intensify chaos on businesses and households which could take years to rise from the ashes of the pandemic.

Swift action from governments could prove to be the difference between Covid-19 being a pandemic or a full-blown depression with ramifications in years to come.

The public-private sectors support to the communities remains paramount for success to the recovery of the economy both for short, medium and long-run collaborative programs.

Diaz is the Director, EABC and Trustee Brand Africa