Betraying Raila will come at a price

The consequences of betraying Raila are better imagined than experienced. 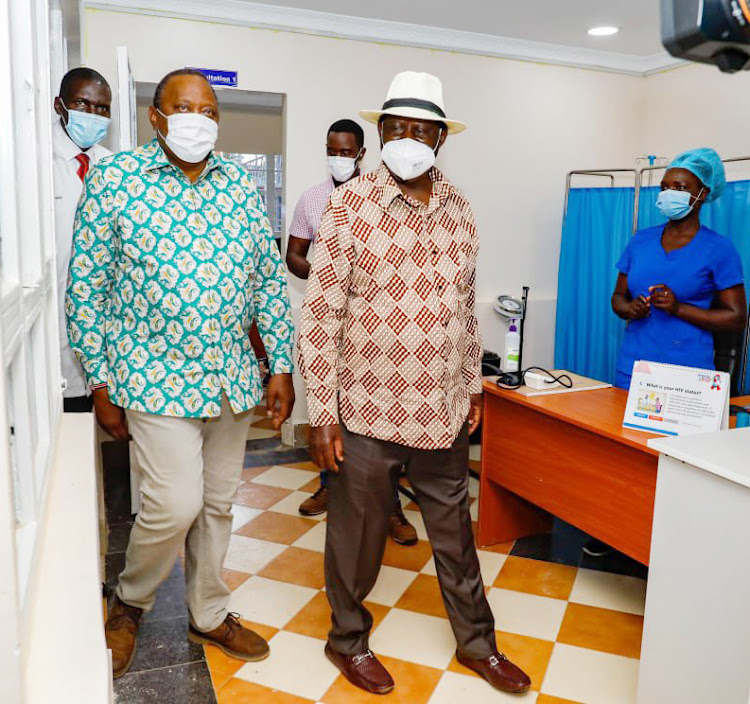 Politics, they say, makes strange bedfellows. In politics, they also say, there are no permanent friends and enemies because politics is a game of interest. Put differently, politics is not a marriage where the vows exchanged are binding.

In fact, and considering a majority of our politicians are Machiavellians, dishonesty and betrayal are the only constants in politics. And this has been the story of Kenyan politics.

It’s against this background that close allies of former Prime Minister Raila Odinga have been pontificating on his imminent betrayal. They hold the view that some political operatives and power brokers around President Uhuru Kenyatta are working round the clock to scuttle the Uhuru Raila deal. And like the Swahili say, ‘lisemwalo lipo na kama halipo li njiani laja’.

Before I go into the reasons why Uhuru should not betray Raila I would like to put forward a hypothesis. The betrayal card is not in the mind of President Uhuru Kenyatta. This is an idea being floated and argued by some State House operatives and power brokers who operate under the disguise of ‘protectors of community interests’.

Considering betraying Raila is not just politically stupid and naïve it’s also downright dangerous, I doubt Uhuru might want to repeat this politically stupid mistake made by his predecessor. Methinks Uhuru is out to sort out the politics of this country by at least trying to be honest with Raila.

The fact of the matter is if former President Mwai Kibaki had not betrayed Raila in 2002, Kibaki would have sorted out the politics of this country and set Kenya on a path of development and not politicking. It’s hard for development to take place in this country because we are constantly playing politics.

Now, why should Uhuru avoid playing political games with Raila?

First, the consequences of betraying Raila are better imagined than experienced. If Uhuru were to betray Raila, the latter is likely to do two things. One, Raila might react. Two, Raila might not react. And I would like to submit that both options are dangerous.

Raila might decide not to react and go to his Opoda farm in Bondo...if the political history of Africa is anything to go by, this is equally deadly dangerous. Why? Because it’s one thing to manage Raila the man and it’s another thing to manage his supporters. Many countries in Africa that have experienced long and unending civil wars have been a result of leaving the people to manage themselves.

Let’s consider the first option. How will Raila react after being betrayed by Uhuru? First, he might resolve to adopt and implement the Samsonian option or, secondly, Raila might decide to support Deputy President William Ruto for the presidency in 2022.

Like Samson in the Bible, Raila might decide to go down with the political elites. This, kama mbaya mbaya, Samsonian option is dangerous taking in mind that Raila has enough people who are willing to put their lives on the line just to see him get power. And Raila, unlike Ruto, knows how to get his public angry enough to demand for what they consider ‘justice’. Let no one tell political lies to Uhuru, this is a very dangerous card that Raila has under the table.

Away from that, Raila can decide to back Ruto for President. State House operatives have already dismissed this ticket, saying it is not tenable since Ruto will lose the Kikuyu vote and Raila might not deputise Ruto. However, this is the reality.

If Raila decides to support Ruto he might not, himself, be on the ballot. By supporting Ruto he will be calling it quits and handing over his supporters to Ruto. The new Joshua. There is only one man with ‘Tosha’ magic in this country. His name is Raila Odinga. If Raila backs Ruto, the DP will win the presidency. Take it to the bank.

But then I ask. How will a Ruto presidency benefit Raila?

Secondly, Raila might decide not to react and go to his Opoda farm in Bondo. Ladies and gentlemen, if the political history of Africa is anything to go by, this is equally deadly dangerous. Why? Because it’s one thing to manage Raila the man and it’s another thing to manage his supporters. Many countries in Africa that have experienced long and unending civil wars have been a result of leaving the people to manage themselves.

Finally, I would like to end by leaving a note to Uhuru. Mr President, don’t be cheated. Don’t dare think of betraying Raila. In the interest of this country, your community and your legacy, kindly stop playing political games with Raila. The greatest legacy you will leave is political honesty.

When things become hot all those State House operatives and power brokers around you will vamoose. And history will judge you harshly.