We need are alliances based on common ideals, and a need to transform our nation

• In the past two weeks, we have witnessed the sprouting of alliances that may shape the 2022 elections.

•  We are witnessing like-minded politicians forming alliances that, in my view, are very good for the unity and peace of this country going forward. 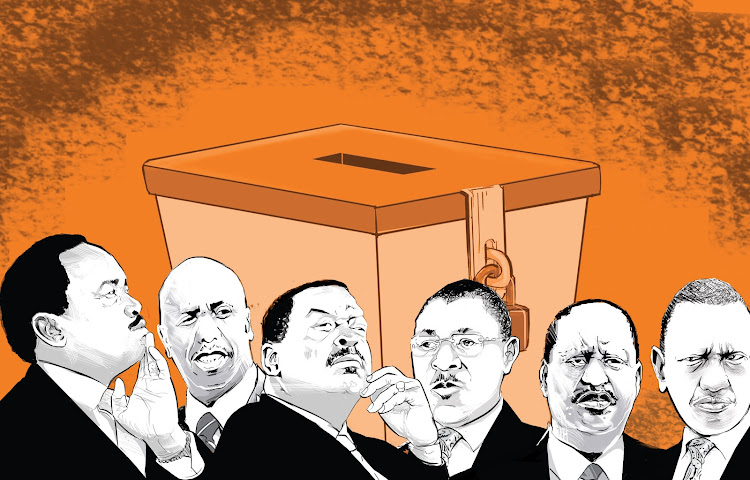 A man came into a forest one day with an axe in his hand, and begged all the trees to give him a small branch he wanted for a particular purpose. The trees were good-natured and gave him one of their branches. The man fixed into the axe head, and soon set to cut down tree after tree. Then the trees saw how foolish they had been in giving their enemy the means of destroying them.

Ahead of the 2013 elections, Uhuru Kenyatta and William Ruto formed a political alliance that not only won the polls but also tamed the violent nature of the relationship between those in the Rift Valley and Mt Kenya region.

In 2018, another alliance was born at the steps of Harambee House and the tensions that were building up in the country following the 2017 election were tamed. This time round, the alliance was between Uhuru and ODM leader Raila Odinga and it kicked off a conversation on the need to relook at our various structures.

What the two alliances have taught us is that when people come together to ensure there is peace and unity in the country, other things fall into place. We have seen the UhuRuto administration build roads, connecting electricity and supporting SMEs, among other things, to benefit Kenyans.

In the past two weeks, we have witnessed the sprouting of alliances that may shape the 2022 elections. We are witnessing like-minded politicians forming alliances that, in my view, are very good for the unity and peace of this country going forward.

Raila and DP Ruto have been reading from the same script and stated that they are willing to work together ahead of the next year’s elections. The kind of unity in thought we are seeing is good for politicians as well as Kenyans.

Their statements have given the Kenyan political circle some excitement, with many commentators saying their alliance would be unstoppable. This comes hot on the heels of the announcement of the One Kenya Alliance.

It is made up of Senator Gideon Moi (Kanu), Musalia Mudavadi (ANC), Kalonzo Musyoka (Wiper) and Moses Wetang’ula (Ford Kenya). Other than Gideon, the other party leaders were in the NASA coalition, which was led by Raila during the 2017 elections. It can be said they share the same ideologies.

These alliances come with great benefits for the country. For instance, Raila, Ruto, Mudavadi and Kalonzo are politicians with substantial following and influence and would, therefore, ensure they continue with the work that Uhuru has been doing in uniting the country.

They also have massive experience as politicians and as government officers having worked in different administrations. They know what needs to be done and can help in ensuring the country achieves what is needed.

There are those who would want to argue that there are various obstacles to the possible alliances. There is a history of mistrust among some of them and which may end up having them conflict even while in the same teams.

However, we have learnt that politics is the art of the possible and such an alliance can be done. We never at any time before 2017 thought that Uhuru and Raila would work together but it happened.

They came together with the common ideals of uniting the country and ensuring that Kenya and Kenyans prosper. It is such ideals that have helped the country stay united and focused, even as we continue to battle the pandemic.

And with that, what we need are alliances based on common ideals, and a need to transform our nation. Kenya needs a leadership that focuses on the aspirations of Kenyans to ensure there is shared prosperity.

I am a strong advocate of all these alliances coming together towards a common purpose so that all tribes can be united peacefully in 2022. It’s only through peace that we can have a peaceful election and transform our nation.