Reflections of a feminist Christian

Feminism in its truest and purest form advocates for the political, economic and social equality of the sexes interrogating pertinent and difficult issues around gender socialization, gender roles and systematic inequalities. 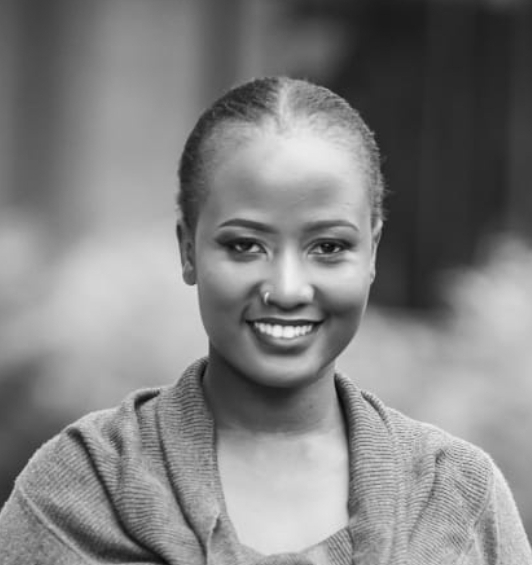 The world we live in relishes binaries: a person is either this or that never both. This is why I have struggled for years to find the compatibility between Christianity and feminism.

Because of what the world told me about these two ‘opposing’ world views, I didn’t think it was possible to be a Christian and a feminist.

I failed miserably in my quest to bring my whole true self to personal and work spaces, because I felt that I had to mute one depending on the space that I was in.

In many spaces (including Christian spaces) feminism is this dirty word associated with bra-burning, men-hating women at best and feminazis at worst.

It is angry women who are too woke and fighting for unnecessary ends and who are more often than not single-because which man in his right mind would marry her?

On the other hand, Christianity (and to a great extent religion in general) is viewed through the lens of oppressive patriarchy, subjugation of women and religious fundamentalism.

Folks see Christianity as a relic of the past with no utility in a progressive society and the bible as a misogynistic and sexist text.

As I write this, Chimamanda Adichie’s ‘the danger of a single story’ elucidates this notion further. She argues that single stories often originate from simple misunderstandings or one’s lack of knowledge (and dare I say ignorance).

Feminism in its truest and purest form advocates for the political, economic and social equality of the sexes interrogating pertinent and difficult issues around gender socialization, gender roles and systematic inequalities.

Having worked in the human rights space for a minute, the quest for justice and disdain for inequalities is deeply ingrained in my being.

When I look at the Bible, I draw intricate parallels. In an article titled, ‘Christianity and feminism: can they work together?’ by Solomon Buchi he contextualizes the patriarchy we witness in the Bible.

He writes that the Bible did not invent patriarchy but it only expresses the prevalent state of male dominance in those times. Male dominance was largely sold through the age’s culture, which was highly patriarchal.

He also dismantles the notion that the biblical account of creation portrays women as an afterthought of God. Illustrating the story of the adulterous woman, he points out that male hypocrisy isn’t alien, it’s as old as time and Jesus frowned upon it.

Jesus disregarded a law that was gender biased because He understood that both genders should be held to the same standards.

There is a false presumption of religious fragility-that it cannot possibly handle the questions of inequality and injustice that feminism throws at it. There is also a falsehood that feminism can’t be rooted in Christian contexts.

According to many articles I have read, Muslim feminists contend with this tension as well (but this is not about Islam, I will let them write their own article). How do we straddle the tension, ask meaningful questions and get liberating answers?

As I interrogate the Bible, it is apparent to me that even though the systems and structures that be were set up with male dominance and female subjugation at the fore with cultural nuances at play, Jesus repeatedly dismantled these notions.

While I don’t have all the answers, I find it liberating to know that people and world-views are textured and layered in a concoction of complexity. That the world isn’t black and white-that most of life is lived in the grey.

To decipher egalitarian principles in the Bible and to examine biblical characters and moments.

I also hope to fully grasp and extrapolate feminist principles. I don’t think it will be a journey devoid of incredible murkiness and difficult realizations. Nonetheless a necessary one. Join me.

KOBUTHI KURIA: Yes, I care enough to be 'woke'

The term woke has been weaponised to criticise people who question the status quo.
Opinion
4 weeks ago

WAITHAKA: Feminism is all about empowerment

There are still people who feel that the two-thirds gender rule is still in favour of men
Opinion
4 months ago
WATCH: The latest videos from the Star
by JOANNE KOBUTHI-KURIA
Opinion
03 August 2022 - 18:31