Political exclusion in counties threatens lasting stability in the country

New state of affairs has largely favored communities that were historically marginalized.

• Marginalization of communities in Kenya, whether large or small, has its roots in the colonial policy of divide-and-rule.

• Post-colonial administrations perfected it through the politics of tribalism and patronage. 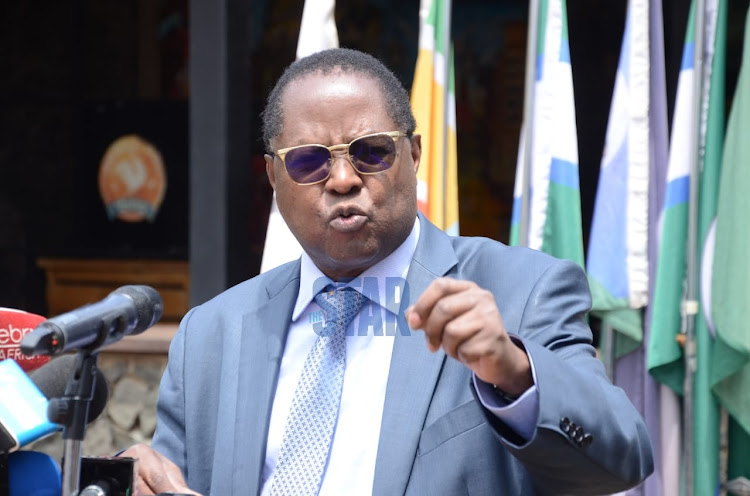 Throughout the protracted struggle for political reforms culminating in the Constitution of Kenya 2010, the marginalization and exclusion of communities, groups and regions was a major grievance. Kenyans from all walks of life voiced a desire for an inclusive governance structure anchored on equitable access to resources and participation of the people in decision-making.

As one of the core pillars of the new Constitution, devolution was conceptualized as a vehicle for national inclusion including protecting the rights and interests of minorities and excluded groups.

Article 260 of the Constitution of Kenya 2010 defines a marginalised group as a group of people, who are disadvantaged by discrimination, for example, on grounds of ethnic or social origin.

Marginalization of communities in Kenya, whether large or small, has its roots in the colonial policy of divide-and-rule. Post-colonial administrations perfected it through the politics of tribalism and patronage.

It was therefore hoped that the new constitutional dispensation beginning 2010 would end this problem. However, devolution has in fact entrenched ethnic marginalization. This is mainly because communities that were previously marginalized at the national level became the majority in some counties, and by controlling political power and economic resources at the county level, have pushed the minority communities to the periphery.

This phenomenon is well captured in an insightful article titled ‘The State of political inclusion of ethnic communities under Kenya’s devolved system’ by Ben Nyabira and ZemelahAyele, where they assert that, “previously excluded communities not only have become represented at county level, but have in fact gained control of one or more counties where they form the majority …… (and) are excluding those who are in the minority in those counties.”

This new dynamic is shaping local politics in fundamental ways including the emergence of a negotiated form of democracy in the counties, in which the various competing ethnic interests, mostly the dominant local political elite, decide how power and economic resources in the county will be allocated.

The new state of affairs has largely favored communities that were historically marginalized but now constitute the dominant ethnic population in some counties, like the MijiKenda in Kwale, and Kilifi the Masai in Samburu, Narok and Kajiado, the Borana in Marsabit and Isiolo, and the Somali in Garissa, Mandera and Wajir, just as examples.

Incidentally, larger communities dominating the national political landscape like the Kikuyu, Kamba, Luo, Kalenjin and Luhya, who form the bulk of migrants in such counties, have become minorities.

Whereas the Constitution recognizes the “ethnic, cultural and religious diversity of the Kenyan people” the reality is that ethnic relations in Kenya are characterized by mistrust and suspicion especially in the sharing of the national cake. It is not surprising that counties are now theatres of ethnic contestations around power and resources.

This is evident in the ethnic composition of elective positions at the devolved level. In some county assemblies, over 90 per cent of MCAs come from the so-called indigenous communities. Who is elected governor depends on local clan and factional politics aligned with ethnic interests.

Which is why in Kilifi where I come from, the chances of, say, a member of the Luo or Kamba communities becoming governor are remote. Not that it can’t happen but that would require a tectonic shift in local politics. At best, such a candidate is likely to be fronted for the deputy governor position, for political optics or economic reasons.

Marginalization in the counties is also prominently etched in the highly skewed ethnic appointments in the public service. A report published in 2016 by the National Cohesion and Integration Commission (NCIC) revealed that 32 out of the 47 counties had failed to meet the inclusivity test as measured by representation of diversity in the county public service.

Yet, Article 232 of the Constitution spells out the values and principles of public service like “affording adequate and equal opportunities for appointment, training and advancement, at all levels of the public service (including) the members of all ethnic groups….”

Similarly, Section 7(1) of the National Cohesion and Integration Act requires that all public institutions reflect the diversity of the people of Kenya in the employment of staff. Under Section 65 of the County Governments Act 2012, County Public Service Boards must ensure at least 30 per cent of the vacant posts are filled by candidates who are not from the dominant ethnic community in the county.

But only 15 counties had adhered to this criteria, according to the NCIC report. Since county governments are platforms through which communities access, participate and benefit from public service functions, the perception that they belong to certain communities reinforces the feeling of exclusion among those left out.

Diverse representation of communities in governance organs also helps address underlying political, social, economic and religious grievances that if not resolved, put local communities at the risk of increased crime and insecurity.

With the 2022 electoral contest just around the corner, competition for power and control of resources in the counties will certainly intensify. As they say, politics is local.

Negotiated democracy is not necessarily bad but should be embraced within the confines of our Constitution and laws and in a manner that does not erode the benefits of devolution or worse, undermine the long-term stability of the country at large.

Mwachinga is an Advocate of the High Court of Kenya. [email protected]