The 71-year-old Egyptian doctor took over al-Qaeda after the death of Osama Bin Laden.

•He had helped mastermind the 9/11 attacks on the US in which nearly 3,000 people lost their lives.

•The 71-year-old Egyptian doctor took over al-Qaeda after the death of Osama Bin Laden in 2011. 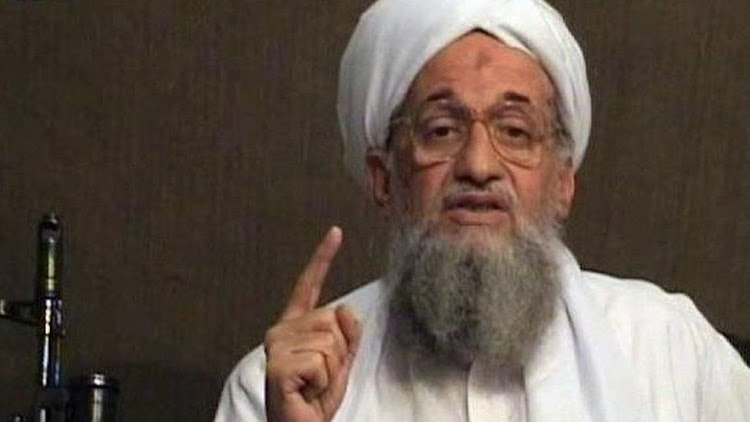 Zawahiri has been al-Qaeda's most prominent spokesman and ideologue
Image: BBC

The US has urged its citizens to be vigilant against possible anti-American violence abroad following the killing of al-Qaeda leader Ayman al-Zawahiri.

His death could prompt al-Qaeda supporters or other linked terror groups to target US facilities and personnel, said the state department.

Zawahiri was killed by a US drone in the Afghan capital, Kabul, on Sunday.

He had helped mastermind the 9/11 attacks on the US in which nearly 3,000 people lost their lives.

The 71-year-old Egyptian doctor took over al-Qaeda after the death of Osama Bin Laden in 2011.

The killing was confirmed on Monday by US President Joe Biden, who said Zawahiri had carved "a trail of murder and violence" against American citizens.

Mr Biden said Zawahiri's death would bring closure to families of the victims of the 2001 attacks, in which hijackers crashed passenger jets into landmark buildings in New York and Washington - including two skyscrapers in Manhattan.

He added that Zawahiri had also masterminded other acts of violence, including the suicide bombing of the USS Cole naval destroyer in Aden in October 2000, which killed 17 US sailors, and the 1998 attacks on the US embassies in Kenya and Tanzania, in which 223 people died.

"The Department of State believes there is a higher potential for anti-American violence given the death of Ayman al-Zawahiri on 31 July 2022," the department said in a worldwide caution update.

"Current information suggests that terrorist organisations continue to plan terrorist attacks against US interests in multiple regions across the globe," it added.

"These attacks may employ a wide variety of tactics including suicide operations, assassinations, kidnappings, hijackings and bombings."

US citizens are strongly encouraged to maintain a "high level of vigilance and practice good situational awareness" when travelling abroad, the alert added.

Where once al-Qaeda was a geographically small, centralised, tight-knit organisation, today it has become a global franchise with pockets of followers dotted around the world, mostly in ungoverned or poorly governed spaces.

In Somalia, for example, the al-Qaeda affiliate "al-Shabab" remains the foremost jihadist group.

Africa has emerged as the new battleground for jihadist groups like al-Qaeda and ISIS, notably in the area around the Sahel in northwest Africa.

They are not just fighting to bring down what they see as "apostate" governments, they are fighting each other, leaving civilians caught in the crossfire.

What now for al-Qaeda?

Al-Qaeda remains at heart a Middle Eastern terror group. Bin Laden was a Saudi, al-Zawahiri was Egyptian, the senior leadership - such as it remains - is nearly all Arab. It retains a significant presence in northwest Syria, where US drone strikes and special forces raids periodically hit its suspected hideouts.

With the death of al-Zawahiri, al-Qaeda may now decide to revive its flagging fortunes with a new leader and a new strategy.

It would be a foolish intelligence agency that concludes that the threat from this group has died with its leader.