Poland warned the West for years that Russia planned to redress the balance of power in Europe in its favour.

• It feels vulnerable on two fronts as the number of refugees coming into the country swells and a military base near its border with Ukraine was attacked.

• Over the weekend, Russia bombed a Ukrainian military base in Yavoriv, just 16 km (10 miles) from the Polish border. 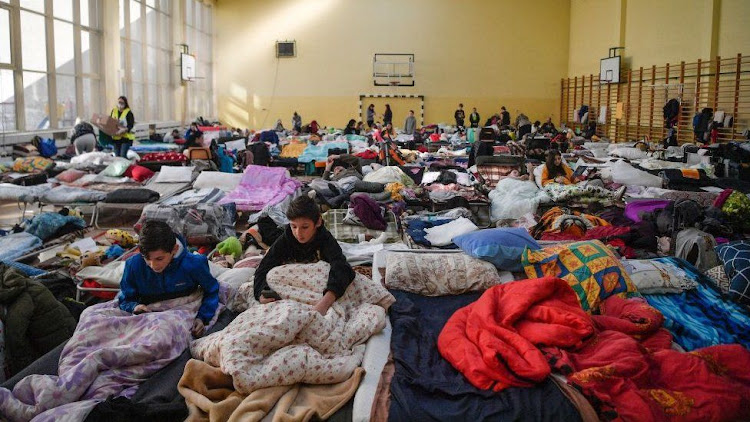 With Russia's war in Ukraine raging on its doorstep, Poland is holding its breath.

It feels vulnerable on two fronts as the number of refugees coming into the country swells and a military base near its border with Ukraine was attacked.

As a first responder in one of Europe's biggest refugee crises since World War Two, over 1.7m Ukrainians have chosen to flee to Poland, according to the UN's latest figures.

Some move on, but most choose to stay because of cultural, linguistic or family ties. As a result, population figures have swollen by 15% in the Polish capital Warsaw over the past two weeks.

In terms of security, alarm bells are also ringing. Over the weekend, Russia bombed a Ukrainian military base in Yavoriv, just 16 km (10 miles) from the Polish border.

Poland warned the West for years that Russia planned to redress the balance of power in Europe in its favour. Polish leaders were dismissed as alarmists at the time. But no longer.

On Monday, the Polish Prime Minister, Mateusz Morawiecki, said Ukrainian soldiers needed and deserved Western support. They were fighting not only for their own freedom, he insisted, but also the freedom of their Eastern European neighbours.

He also described Russian President Vladimir Putin's onslaught in Ukraine as a calculated part of his geopolitical plan.

Poland's vital link with the West

Once side-lined by some in Nato as a post-communist Russophobe, Poland has now become a linchpin in the eastern flank of the alliance. The strongest part of the chain now linking the West with Ukraine.

Most of the weapons convoys sent by the West to help the Ukrainian military travel through Poland. On Saturday, Moscow declared those convoys "legitimate military targets" inside Ukraine.

But do Poles believe the Kremlin would attack their country - a member of the European Union - and, more significantly in this case, Nato?

That would mean a face-off between two global nuclear powers - Russia and the US - something the West is keen to avoid. Moscow too, it hopes. 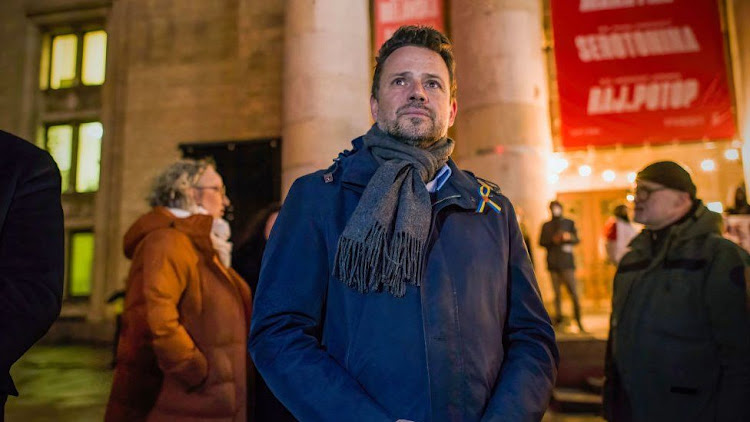 Warsaw's mayor and high profile political figure, Rafal Trzaskowski, told me his country wasn't panicking, but that people were beginning to ask questions - especially after Russia's missile strike so close to the Polish border, and Nato's talk of Russia possibly planning chemical attacks.

Something urgent needs to be done about the refugee crisis too, the mayor insisted.

He said one of President Putin's goals was to divide, and therefore weaken, the West.

"Putin is happy to use fake news, disinformation campaigns or a refugee crisis," Mr Trzaskowski argued, warning that, "if refugee numbers keep rising, the system in Poland will crash."

He's called for more international assistance - from the European Union and United Nations - in terms of practical help, financial aid and housing refugees in other countries.

Brussels says Ukrainians are welcome across the bloc. It has pledged funds to Poland too.

But the authorities here say it's not enough. The European Commission is coy about mentioning exact figures.

Mayor Trzaskowski has also appealed to the UK to "get rid of its red tape" and allow Ukrainian refugees more easily into Britain.

Arguably, Poland's painful past makes it a lot more anxious about the future.

The arrival of Ukrainian refugees here has evoked national memories of war, followed by decades of Soviet occupation.

"I'm too poor to give money and too old to hold a gun," Kristina explained, "so I do what I can for the refugees. Partly, because I fear for my own tomorrow."