•The post was shared alongside a picture of the Duke and Duchess of Sussex with their son days after he was born. 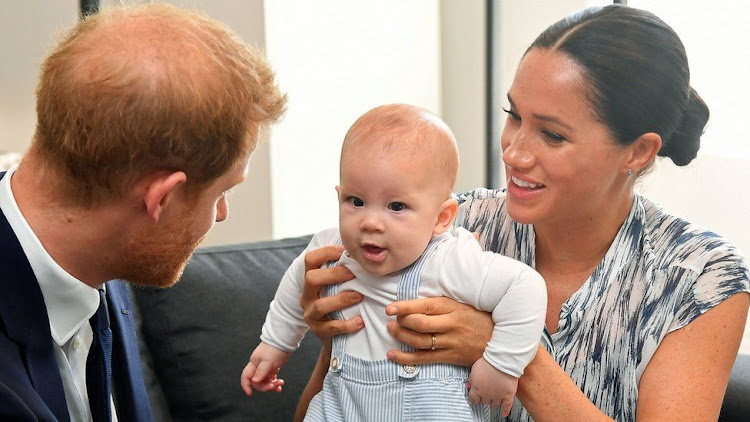 The Queen has wished her great-grandson Archie Mountbatten-Windsor a happy birthday.

The post was shared alongside a picture of the Duke and Duchess of Sussex with their son days after he was born.

Archie lives with his parents, Prince Harry and Meghan, in California, after they stepped back as senior royals.

The Duke and Duchess of Cambridge, Archie's uncle and aunt, and the Prince of Wales and the Duchess of Cornwall, his grandparents, also shared birthday messages from their Twitter accounts.

— The Prince of Wales and The Duchess of Cornwall (@ClarenceHouse) May 6, 2021

He is seventh in line to the throne and does not have a title.

For Archie's first birthday, the Sussexes released a video of Meghan reading the popular children's book, Duck! Rabbit!, to her son.

He has rarely been seen in public but last December made a surprise appearance in the couple's first podcast for Spotify, during which he was heard speaking with an American accent.

It comes after Meghan revealed she was publishing a children's book about father-son relationships, inspired by the bond between Archie and her husband.

In February the couple announced they were expecting their second child.

Prince Harry was last in the UK in April for the funeral of his grandfather, the Duke of Edinburgh. However, Meghan stayed in California on the advice of her doctor.

The Sussexes stepped back as senior royals and said they would work to become financially independent last March.