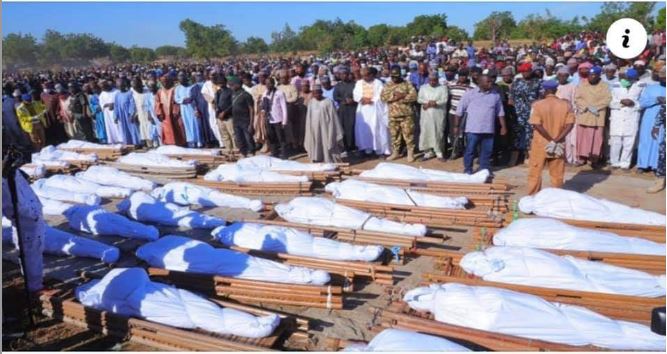 A picture shared on Facebook claiming to show the bodies of victims massacred in Aksum, Tigray region of Ethiopia is FALSE.

The photo shows bodies lined up in rows on the ground, and a huge crowd of onlookers in the background, accompanied by a headline that reads, “Reports Emerging Of ‘Horrible’ Massacre In Ethiopian Holy City”. 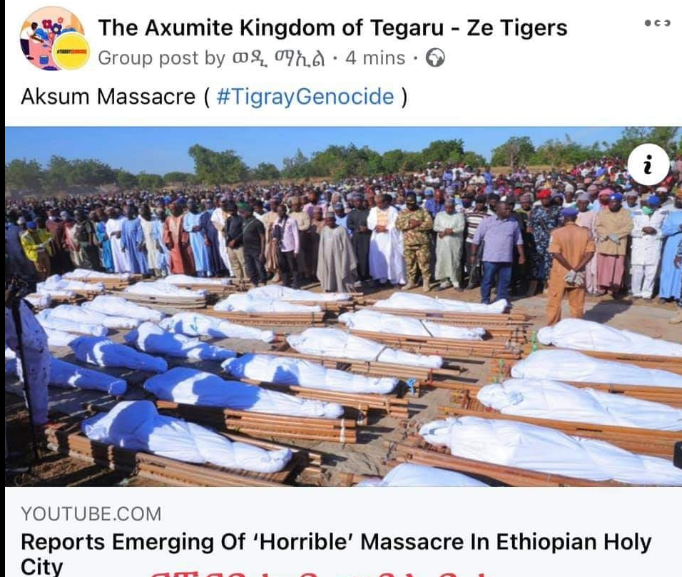 Aksum is a historical city in Ethiopia known for its tourist attractions. In recent times, the city has made headlines due to the intense armed conflict in Tigray pitting the Ethiopian National Defense Forces and the Tigray People’s Liberation Front against each other since November 2020.

Reports indicate that the fighting may have led to grave human rights and international law violations, raising concerns among international watchdog and multilateral organisations such as the United Nations Human Rights Council.

On March 4, 2021, UN High Commissioner for Human Rights Michelle Bachelet called for quick action to remedy the situation as incidents of looting, killings and rape continue to be reported.

However, the picture showing the bodies arranged as though in readiness for burial, was not taken in the Tigray region of northern Ethiopia as claimed in the post.

A reverse image search on Google reveals that the picture was taken in November 2020, in Nigeria, after suspected members of the Islamic militant group Boko Haram killed at least 40 rice farmers and fishermen while they were harvesting crops in Borno State. The image and story were carried by various international news outlets, including France 24. 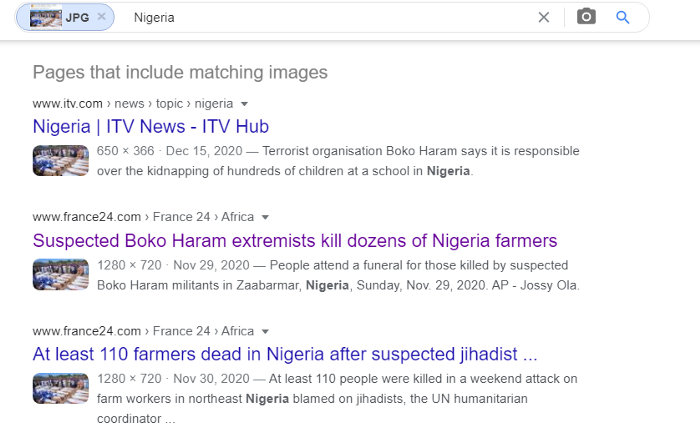 The photo is credited to Jossy Ola and features in the image collection of the Associated Press.

PesaCheck has looked into an image shared on Facebook claiming to show the bodies of people massacred in Aksum, in the Tigray region of Ethiopia, and finds it to be FALSE.