Loutish behavior, combined with feuds and violence at home, took a toll on friendly and financial ties

• The delegation that accompanied the President to Paris exposed the ugly side of Kenya's diplomacy, or uncouth behaviour, with diplomatic ramifications.

•A senior traffic police officer in Homa Bay county is doing a lucrative farming business with a police lorry. 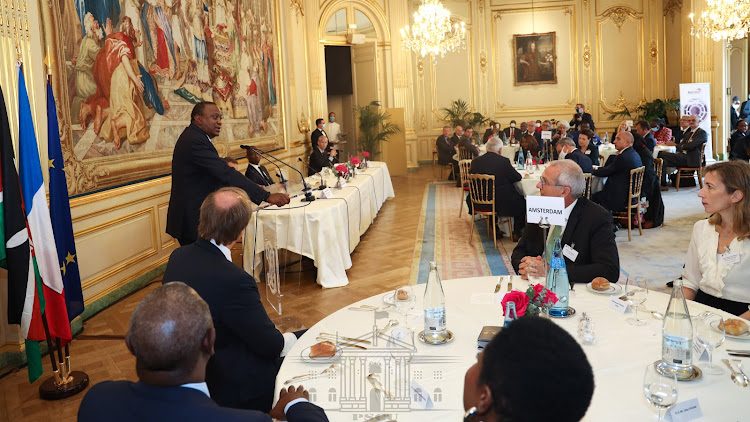 The delegation that accompanied President Uhuru Kenyatta to Paris has exposed the ugly side of Kenya’s diplomacy after it emerged that the empty bowl was courtesy of their gross misdemeanours. Our snitch intimates a senior official in tow could barely be recognised by the hosts and blundered further by turning up for the dinner an hour late. Things got worse as they took to the famous streets of Paris with mean-looking bodyguards, shopping until the wee hours much to the bewilderment of the citizens. The mishaps are said to have infuriated their hosts who contemptuously slammed the doors and rejected the appeal for loans and deals. Of course, the feuding and instability in Kenya didn't help.

A senior traffic police officer in Homa Bay who has been at the station for more than 15 years is said to be operating with impunity not seen anywhere, though he does have a lot of competition. A junior officer tells Corridors the officer uses a police lorry to transport farm produce from Kisii to Mbita weekly for sale. The officer-cum-business man is said to be making a killing out of sales of bananas, avocadoes, kale, tomatoes and onions, while on the return trip he rakes in cash on fish, particularly omena. The defiant officer brags of his connections with senior officers in Nairobi and dares anyone to report him. Junior officers are asking IG Hillary Mutyambai (pictured) to save them from their boss, who calls himself the government.

A governor in Western Kenya is in panic mode after detectives from the Ethics and Anti-Corruption Commission investigating allegations of graft raided the county headquarters and left with files and computers. A bird whispers to Corridors that the detectives are investigating claims that some senior staff are doing business with the county government. Senior county staff are said to be key suppliers of the administration and are awarding themselves tenders worth millions of shillings through proxy companies owned by their relatives and close associates. The governor is also facing several graft cases. Government agencies are also investigating the theft of Covid-19 funds.

As political temperatures simmer and the racket reaches a crescendo, the powers and role of the anti hate agency - the National Cohesion and Integration Commission - has been called into question. The cohesion body has gone mum even as bloggers run amok insulting and beating war drums on social media. It's unsettling that even as politicians raise concerns over meetings to radicalise one community against the other, with cash given out by the conveners in parts of Nairobi and Central Kenya, the hate watchdog appears to be dozing, turning a deaf ear.