Women's startup helps women entrepreneurs get going thanks to Covid

It is crucial that women learn social media marketing skills.

•On the African continent, women make up 58 percent of the self-employed population.

• At 27 percent, it's the world's highest percentage of entrepreneurs. 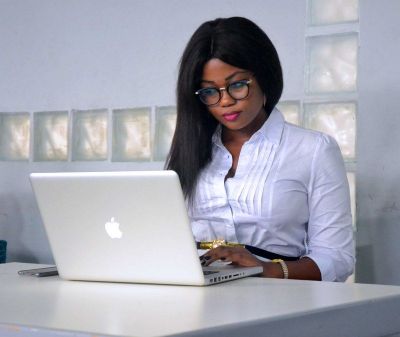 Essossolim Gnebi, founder and owner of Solaris Togo, an agri startup that produces and trades organic pineapples, thought she had it made. Her two-year-old company was thriving, with clients placing regular orders and all Gnebi had to do was respond to emailed orders and get enough product out the door. Simple. Then COVID-19 hit.

“All borders were shut and we saw our sales declining drastically,” Essossolim remembers. While she was wondering what to do, she, like millions like her, took to the internet.

“I was just wandering on Facebook when I discovered the existence of Wetech and its Wile program”, she said.

“I learned about social media and digital marketing, and one of my mentors offered to fund the creation of Solaris Togo’s website, paying the domain fees for five years," she said.

“The website helped me have worldwide visibility. I sometimes receive orders from people that I didn’t know before, and when I ask them how they came to know me, they say they discovered the company while browsing Google.”

Sandra Ndzeneu, 24, is a computer science engineer and was the first entrepreneur to be incubated at Wetech. Ndzeneu confesses she had very weak managerial skills, an issue the women-focused programme helped her to tackle properly. A year before joining the programme, she had founded Heepbot, a start-up that designs chatbots and virtual assistants for other companies.

”It’s only after the training that I could know how to set a target market for my products. It allowed me to sign my first contract with a customer abroad," she said.

Again, all thanks to Wetech and its Wile programme, teaching women how to network and use social media to market and sell online and a programme which, without the COVID pandemic, might never have existed at all.

Wetech founder Elodie Nonga was originally known in her country through her blog, “Elodie’s strolls”, a tourism and lifestyle blog - which she launched "way back" in 2014. The blog attracted a sizeable audience in Cameroon and beyond and as it grew, Nonga was able to leverage it to secure digital marketing contracts with brands in Cameroon and Ghana.

In 2016, she was hired by Activ Spaces, a top Cameroon hub and incubator, founded by woman veteran tech entrepreneur, Rebecca Enonchong. Soon after, Nonga was selected by the Yali programme - the Young African Leaders Initiative, funded by the US government - and then by Techwomen, a US government initiative that empowers women in the fields of science and technology.

During the 5-week programme in the USA, Nonga made a big discovery for herself - Silicon Valley. Suddenly, she was able to see for herself just how much women could thrive by connecting up with each other.

“I really felt empowered, I saw a dynamic that I had never witnessed before, I was amazed to discover those many opportunities that many African women entrepreneurs didn’t even know... existed," Nonga explained.

She was so impressed by how the women she met were able to build strong relationship networks and to help each other that she decided to launch Wetech. She registered the startup in April 2019. But it took the pandemic to really launch the program she wanted to run - Wile.

“With the pandemic and the lockdowns, it was becoming obvious that internet would be a lifeline for small businesses, but unfortunately, many women entrepreneurs simply lacked the most basic knowledge on how to take advantage of internet to help a business thriving”, she said.

“It may sound surprising to you but a lot of women entrepreneurs don’t know even how to create a Facebook page or an Instagram account”. The program launched in 2020, barely a year after Nonga had founded Wetech.

Despite running as a non-profit, Wetech has not to date receive a lot of financial support but Nonga has managed to secure some resources from sponsors. The Wile program won the endorsement and backing of Ameena Gurib-Fakim, the former and first-ever female president of Mauritius, which has helped to open the doors to further funding.

In the future, Nonga is determined that the non-profit will continue to train and mentor women entrepreneurs and she is now planning to focus even more focus on “women's financial inclusion”.

“We want to tackle the issue of women-founded, or co-founded, small and medium businesses financing,” she said. If that succeeds it may all have been thanks to COVID.