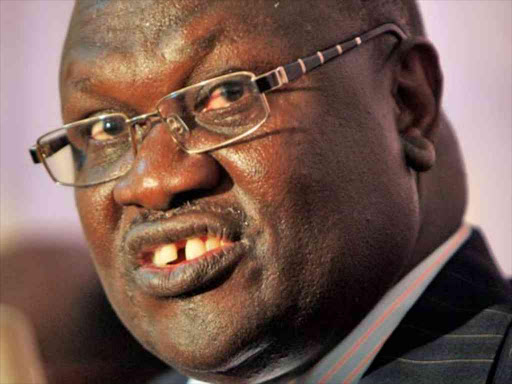 Machar said he is willing to engage in negotiations for a peaceful resolution of the conflict back home.

the rebel leader has been on forced exile in South Africa since October 2016 when he traveled to Pretoria for medical treatment at the height of renewed violence in Africa’s newest state.

The decision to ground him was reportedly reached by IGAD member countries with the involvement of the United States.

This was evidenced after Machar’s attempt to escape and return to South Sudan a month later was thwarted after Sudanese and Ethiopian authorities refused to allow him to enter their territories.

Machar’s forced asylum was aimed at keeping him away from South Sudanese politics in the hope of preventing renewed hostilities with his nemesis President Salva Kiir.

However, Machar now wants to end the forced "detention" with the promise of agreeing to a negotiated peace deal.

“We (SPLM in Opposition) are calling on the UN to end the international policy of isolating the SPLM (in Opposition) including my release from the confinement and detention so as to enable our full engagement in finding a peaceful resolution to this conflict,” Machar said in the statement.

The former First VP, who accuses Kiir of resisting reforms and the democratisation of the ruling party, said the negotiations will only bear fruit if they are based on the August 2015 Agreement on the Resolution of Conflict of South Sudan (ARCSS).

“We (SPLM in Opposition) are calling on the UN to initiate a political process for peaceful settlement of the conflict using the agreement (ARCSS) as the basis, review the status of the UN peacekeeping forces to enable it to carry out its mandate effectively,” he said.

Machar’s demand to lead the SPLM-IO delegation in the new peace negotiations has been turned down by officials at the office of US Special Envoy for Sudan and South Sudan.

told an SPLM-IO delegation in a meeting on April 27 that the US wants Machar to continue being in South Africa until the conclusion of a lasting peace agreement is reached by his group in his absence.

“We still hold the view and of the support that Dr Riek should still remain in South Africa until lasting and sustainable peace followed by the political settlement of the conflict in South Sudan is achieved," reported the Sudan Tribune quoting Sutphin as having said at the meeting.