He also attacked his competitor saying he lacks a workable plan, which is why he boycotted the debate on Tuesday.

• Ruto cited the current IEBC manual and electronic grid lock as a flimsy excuse, one Raila's team is using to lay the groundwork for rejecting the results.

• He also attacked his competitor saying he lacks a workable plan, and such was the very reason he boycotted last night's presidential debate. 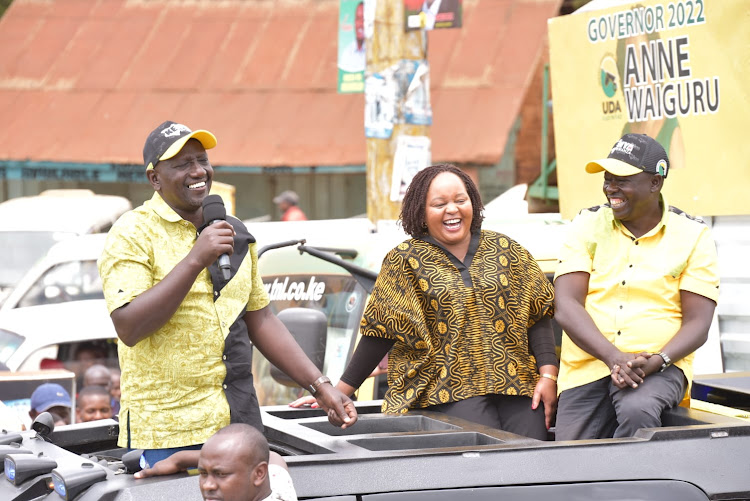 Deputy president William Ruto has promised the Azimio la Umoja-One Kenya team coalition a bruising humiliating defeat in the upcoming polls which is less than two weeks away.

Speaking in Mwea and Gichugu of Kirinyaga county, Ruto continued his political onslaught directed at Raila and his team saying they lack a structured workable plan and as such have resorted to blame games and frivolous excuses that will give them grounds to contest the election.

He noted that their intention is to entangle the country in confusion so that they can create a state of panic and subsequently incite Kenyans to lose confidence in the manner in which the upcoming polls will be conducted.

Speaking on Tuesday, Ruto labelled the current IEBC manual or electronic grid lock as a flimsy excuse, one Raila's team is using to lay the groundwork for rejecting the results.

He also attacked his competitor saying he lacks a workable plan, and such was the very reason he boycotted last night's presidential debate.

"We are ready for this election and we promise to show them dust because Kenyans believe in our Marshall plan to revive our economy. Our competitors have no marketable plan and that's why they have started exhibiting symptoms of rejecting the polls. We will not allow a situation where they will destabilise our peace in the name of conducting ill-motive demonstrations."

He said among the agendas his administration intends to implement is to roll out the hustlers fund that will be instrumental in solving the unemployment crisis, lower the cost of living, create manufacturing industries that will grow the economy and add value to agricultural produce. 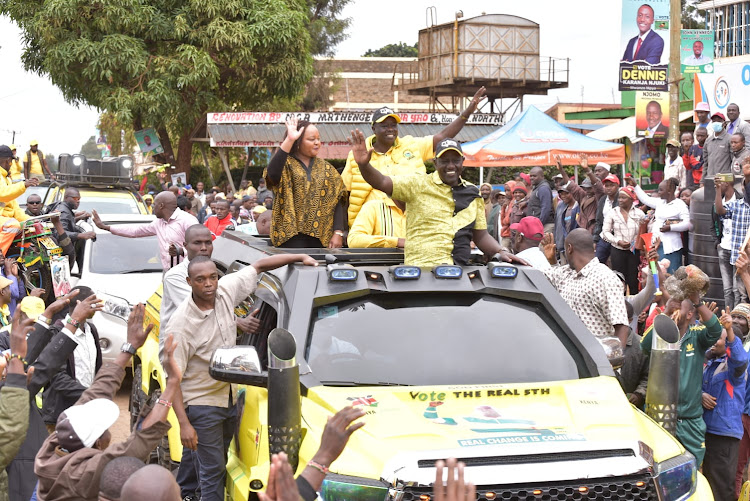 His running mate Rigathi Gachagua said Ruto's government will prioritise women's leadership thus including women in his administration on a fifty-fifty basis.

In addition, he noted that should Kenya Kwanza clinch power they would avail a conducive environment for police officers.

He regretted that most officers are suffering from mental health as a result of being demotivated in their workplaces.

Furthermore, he exuded confidence that Ruto would win the presidency effortlessly as he has demonstrated to Kenyans that he has a workable manifesto.

His sentiments were echoed by county governor Anne Waiguru who said that Ruto's popularity has exponentially risen and as such will garner over 60 per cent of the total votes.

In order to further bolster his government, she urged the residents to vote in a six-piece pattern.

She expressed optimism that a Ruto administration would help cure the ailing economy.

"The price of basic commodities has skyrocketed to unbearable prices for the common wananchi. We, however, maintain a positive attitude knowing that freedom is coming soon. We are optimistic that Ruto will turn around the fortunes of the country with his bottom-up economic model."

National assembly speaker Justin Muturi maintained that their coalition would continue exercising peace and tolerance while in their campaigns.

He also rallied behind Ruto's candidacy saying he is most suitable to lead the nation.

Kiharu MP Ndindi Nyoro called out the Azimio coalition team saying they are in a panic mode and short of agendas and has thus resorted in interfering with the IEBC' s mandate. 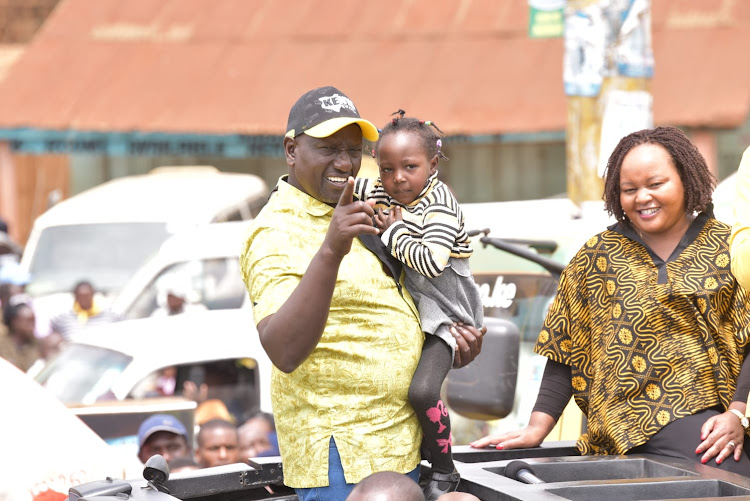 "Our competitors are ill-prepared for the election and have thus ended up in dictating to the electoral agency which register they ought to use. Our team is however not worried because we are ready for the polls and will emerge victorious regardless of the type of register to be used by IEBC."

He also attacked Azimio la Umoja-one Kenya presidential candidate Raila Odinga for boycotting Tuesday's presidential debate alluding that he suffers from ignorance on the problems suffered by the common Kenyan.

He further condemned the state for the power outage that affected a number of regions at the time DP Ruto was outlining his manifesto during the debate.

You were perfect! Rachel Ruto tells DP after presidential debate