Locals tell off Munya after claiming Ruto will imprison Uhuru

The locals insisted that it was propaganda.

•But Raila said the manifesto was punctuated by empty promises, slogans and handshakes.

•According to the Raila coalition,  the manifesto missed conspicuous issues facing the nation which is corruption. 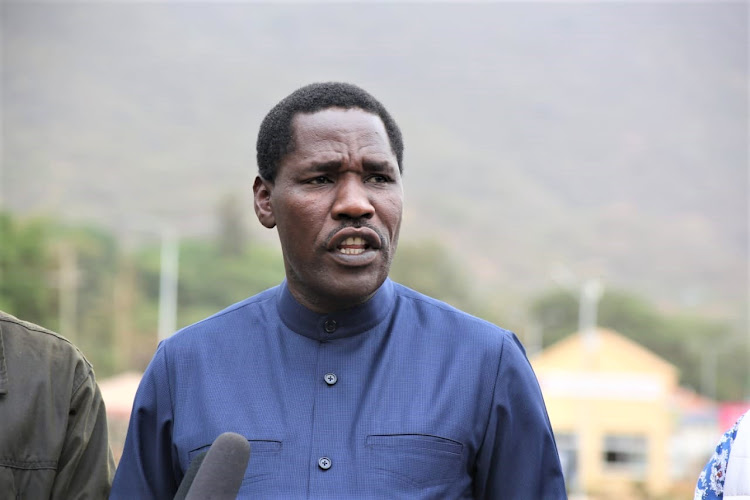 Agriculture CS Peter Munya was forced to cut short his speech after a rebellious crowd dismissed him over claims President Uhuru Kenyatta would be investigated after the August polls.

In a video that is making rounds on social media, Munya claimed DP William Ruto is planning to throw Uhuru in prison if he wins the August elections.

He was speaking on Wednesday in Meru County.

Munya had claimed DP Ruto’s manifesto seeks to investigate and imprison President Uhuru when he gets to State House, but Tigania East residents would hear none of it.

The locals protested, saying that the claims are false and Ruto's manifesto does not say so. They said that it was propaganda.

Munya insisted there were elaborate plans in place in a bid to sway the public's decision, but his claims fell on deaf ears.

He was forced to seat back, saying he could not address them when others are talking.

His economic blueprint emphasises empowering the economically underprivileged through what he calls the bottom-up economic model.

But the Raila Odinga-led Azimio coalition tore into the Kenya Kwanza manifesto, where Ruto had pledged to give billions to 'hustlers'.

Raila said the manifesto was punctuated by empty promises, slogans and handshakes.

According to the Raila coalition,  the manifesto missed a conspicuous issue facing the nation which is corruption.

Raila claimed Ruto has been implicated in many economic crimes and acts of corruption.

He said the manifesto missed conspicuous issues facing the nation which is corruption.
News
3 months ago

Ruto: I did three campaign meetings daily as Uhuru slept

DP says he did all that to ensure Uhuru did not hand power to Raila.
News
3 months ago
Post a comment
WATCH: The latest videos from the Star
by STAR REPORTER The Star
News
07 July 2022 - 11:59
Read The E-Paper