•The unmanned submersibles are apparently capable of carrying up to 200kg (441lbs) of cargo.

•Armed with GPS navigation systems, the vehicles could be operated from anywhere in the world using a device as simple as a tablet. 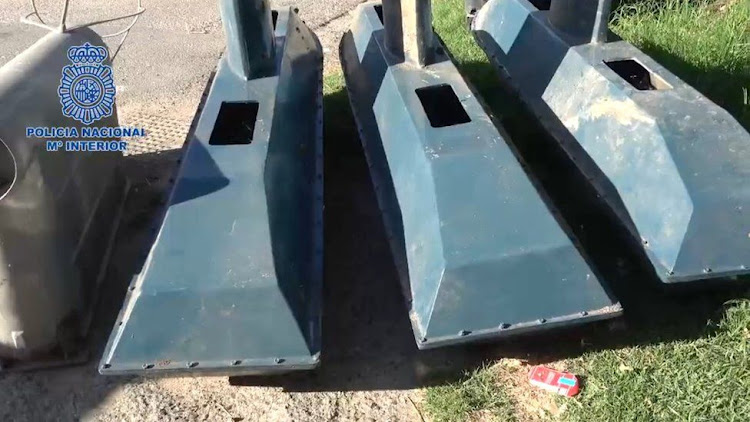 Spanish police have seized three underwater drones built to smuggle drugs across the sea from Morocco.

As part of the 14-month investigation, eight people have been arrested in Cadiz, Malaga, and Barcelona.

Police say it means they have broken up a gang suspected of building the vehicles and supplying them to drug smugglers across Europe.

Spanish police say it is the first time they have discovered an underwater vehicle capable of being operated unmanned.

"These devices could allow drug traffickers to transport large quantities of narcotics remotely across the Strait of Gibraltar," police said in a statement.

The Strait of Gibraltar is the narrow strip of sea that separates Morocco from Spain.

One of the submarines was completely built and two more were still under construction. It is believed the pair being built were intended to be delivered to a French gang for smuggling cocaine.

Armed with GPS navigation systems, the vehicles could potentially be operated by drug traffickers from anywhere in the world using an internet-device as simple as a tablet.

Among those arrested were a father and son, one of whom police say was a qualified helicopter pilot who had the technical knowledge needed to build such sophisticated vehicles.

Officials claimed the gang specialised in building a wide range of air, land, and sea vehicles intended specifically to transport drugs, and accused them of supplying the devices to criminal organisations in Denmark, Italy, France and Spain.

According to EFE news agency, investigators discovered 13 different types of vehicles - including trailers with concealed "double bottoms" capable of holding up to 800kg of cargo.

It's not the first time investigators have found vehicles designed for transporting drugs under water.

Earlier this year a semi-submersible vessel carrying four tonnes of cocaine was intercepted by the Colombian navy on its way to Central America.

Spain has become a key point of entry for drugs into Europe because of its proximity to Morocco - a major cannabis producer, and its close ties with former colonies in South America, where much of the world's cocaine is produced.

In particular the 15km-wide (9 mile) Strait of Gibraltar, which separates Europe from Africa, is a favoured route among drug smugglers.