Jumwa said she graduated in June 2020 and has a degree which is genuine.

•The ODM leaders played audio of Baya questioning the validity of the UDA governorship candidate.

•Owen had said the future of Kilifi would not be determined by how well one does the campaigns or the money spent during the campaigns. 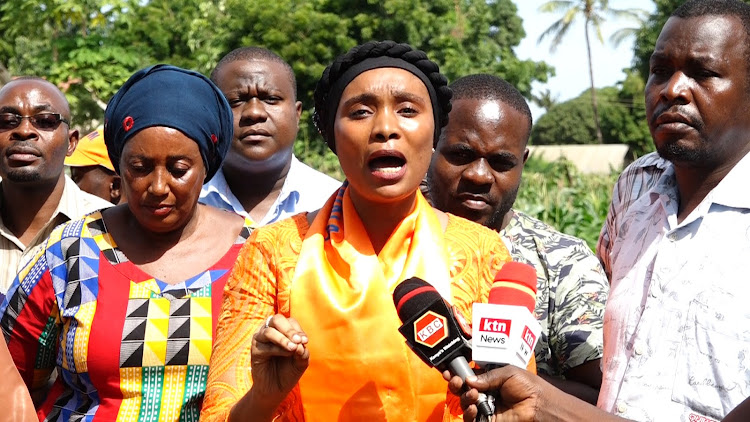 The leaders said Jumwa cannot be entrusted to manage the billions of shillings allocated to the county government by the National Treasury if she does not have a valid degree.

They also hit out at the Kilifi North MP Owen Baya for playing double standards on the issue of Jumwa’s degree.

Initially, Baya had said Jumwa’s degree was fake, but during the DP William Ruto’s tour over the weekend, he defended her terming her papers as valid.

The ODM leaders played audio of Baya questioning the validity of the UDA governorship candidate.

Owen had said the future of Kilifi would not be determined by how well one does the campaigns or the money spent during the campaigns.

Jumwa is in the race to succeed Governor Amason Kingi who is finishing his second and last term. 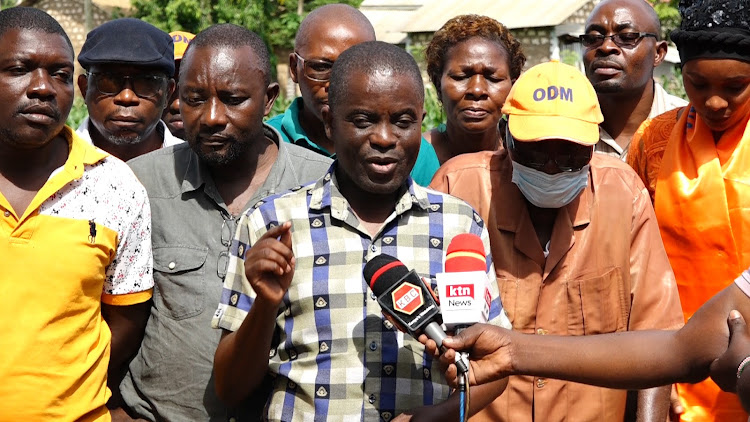 When contacted by the Star, Jumwa said she graduated in June 2020 and has a degree which is genuine.

She defended Baya over his initial claims that her degree was fake.

"In 2018 when Owen said those statements, he was in the race for governor too and I was not yet done with my degree. So he now is aware that I completed my degree course and I have a valid degree," Jumwa said on phone.

Muramba said there are institutions that are mandated to validate Jumwa’s degree, not him.

On her Part, Amina Mnyazi who is the ODM Malindi Parliamentary candidate criticized DP Ruto and his Kenya Kwanza brigade for saying that it is Raila and President Kenyatta who have contributed to the high prices of flour.

She told Kenya Kwanza leaders to stop putting Raila’s name on the issue as he was the same leader who helped them to reach where they are.

“We are warning the leaders, do not think Baba has no people to defend him we are there and such utterances have really hurt us,” she said. 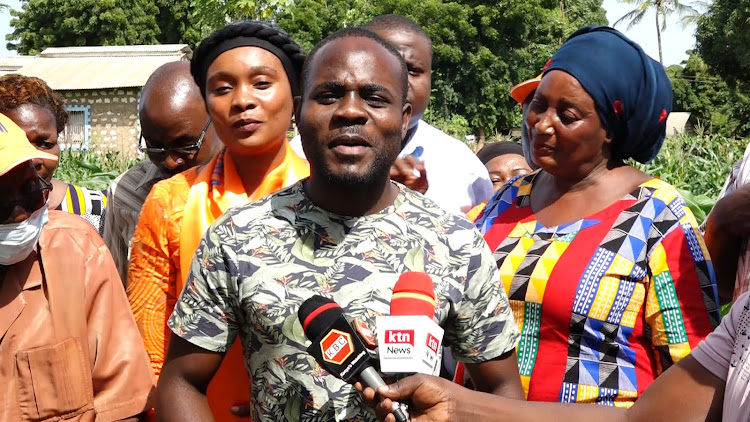 Oscar Wanje who is eying the Ganda Ward Rep Seat in Malindi together with other party officials and cordinators addressing journalists at Kaoyeni are in Malindi town over Jumwa 's degree
Image: ALPHONCE GARI

Mnyazi called on the Kenya Kwanza leaders to state their agendas in their campaign instead of mentioning Raila’s name all the time.

Esther Kache who is an Azimio leader from Kilifi said Baya was helped by Raila to become MP but now he was the same person insulting the ODM party leader.

He said all those leaders who were helped by Raila and were now insulting him have been cursed and will lose.

“Kilifi County is an ODM zone and people are going to vote for six-piece, let them not chest thump that there is PAA or UDA,” she said.

Oscar Wanje who is eying for Ganda Ward's representative seat in Malindi said they respect the Kilifi North MP because of his education level but his utterances about Jumwa’s degree were misleading the people of Kilifi.

Justice Osewe says matter is urgent and should be prioritised, hence transfer
Counties
3 months ago