Nobody forced you to work with UDA - Muturi tells off Kabogo, Moses Kuria

• Muturi warned the leaders against making remarks that may antagonize the coalition.

•He said everyone who joined the alliance is aware of policies and dictates that they should abide by. 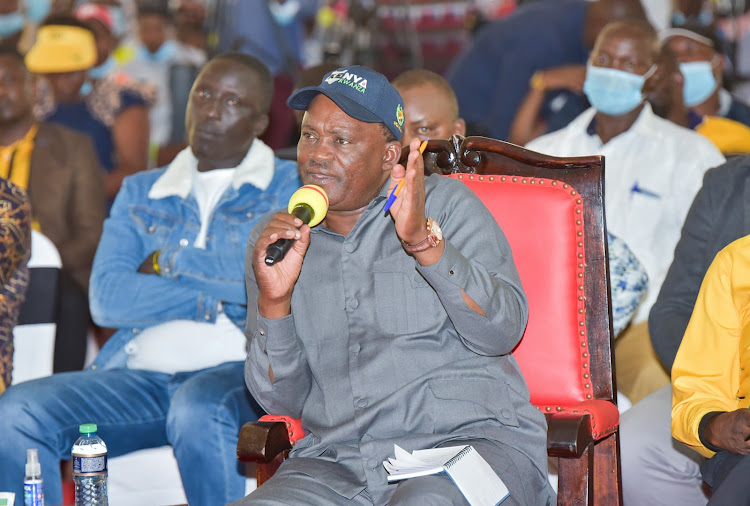 National Assembly Speaker Justin Muturi has lashed out at a section of leaders in the Kenya Kwanza Alliance for igniting divisions.

He said everyone who joined the alliance is aware of policies and dictates that they should abide by.

"Every player in the party teamed up with UDA out of their own volition," he said.

"This is because their policies and that of the party were in close resemblance and no one was pressured to join."

He reiterated that UDA had a right to campaign for its own candidates much as it partnered with other like-minded parties.

"If you genuinely believe in the ideals of the coalition, then you should be in the lead to support his suitability," he added.

"I, therefore, want to caution my fellow party leaders to be wary of their remarks about the coalition's affairs because no one was coerced to join."

Muturi said each party had sufficient time to negotiate its a term with the coalition thus the public spats and late complaints would not help much.

He spoke on Tuesday in Gichugu, Kirinyaga county during the county's bottom-up economic forum.

Gachagua on his part vowed not to be distracted by his critics in the coalition.

In a seemingly dismissive tone, Rigathi says he is a busy man on a mission to deliver Ruto's presidency.

"I'm a focused man whose eye is on the ball. I have been tasked by my boss William Ruto to conduct civic education on how we intend to raise the economic state of the nation should we win the election.

"At the same time, I have been accorded the responsibility to canvass for votes in a bid to ensure that we carry the day come August 9. As a result, I have so many responsibilities on my hands and as such, I can not afford the time to trade blames and insults."

Gachagua's remarks come after Kabogo, Kiunjuri and Kuria fingered him for bias and causing division in the alliance. 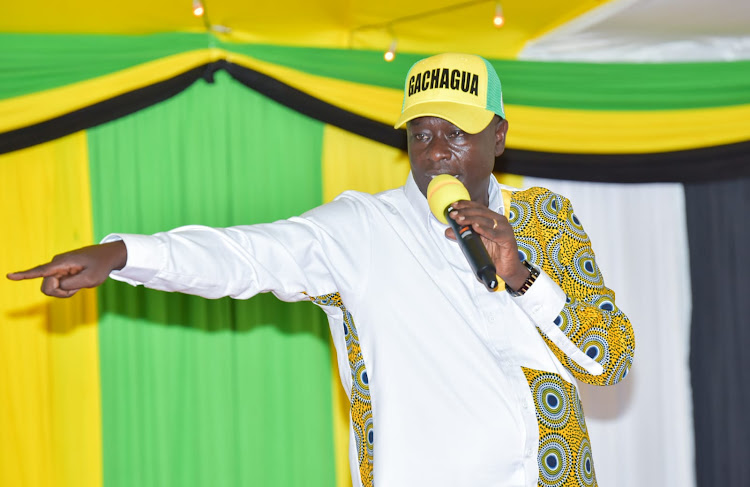 Kuria and Kabo9go wrote to the Kenya Kwanza Alliance to express their displeasure with the manner they are being treated.

The two argued that the outfit has resolved to "kill" fringe parties from the Mt Kenya region.

On the 2022 race, Muturi hailed Ruto saying he has a revolutionary agenda for the country. 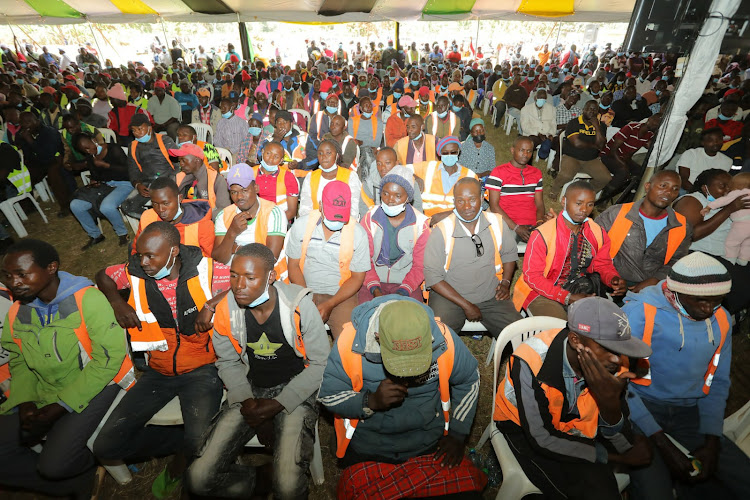 Some of the participants drawn from various sectors who attended the forum.
Image: WANGECHI WANG'ONDU

The Speaker accused President Uhuru Kenyatta of dishonesty for claiming the handshake pact between him and ODM leader Raila Odinga was not anchored on the 2022 politics.

He said Uhuru's move is an indicator that he has some vested interest in the political space.

"It seems he was dishonest with us because how can he be a retiring president and yet be a chairman of a coalition in which they have fronted his handshake partner as a presidential candidate?"

"We are advising our president to read the signs of times. Let Kenyans decide whom they want as their leader to be," he said.

Kiharu MP Ndindi Nyoro backed his sentiments as he urged the president to continue keeping off politics.

"The president seems to be pessimistic about his project. His absence from our opponent's campaign trail is enough evidence that he doesn't want to suffer humiliation for what he started."

Other leaders present during the forum were Gichugu MP Gichimu Githinji, his Starehe counterpart Charles Njagua and all county UDA party candidates.

Kabogo: Gachagua is the cause of frustration in Ruto’s camp

Gachagua is expected to visit Nakuru on Tuesday.
News
1 week ago
WATCH: The latest videos from the Star
by WANGECHI WANG'ONDU
News
21 June 2022 - 22:03